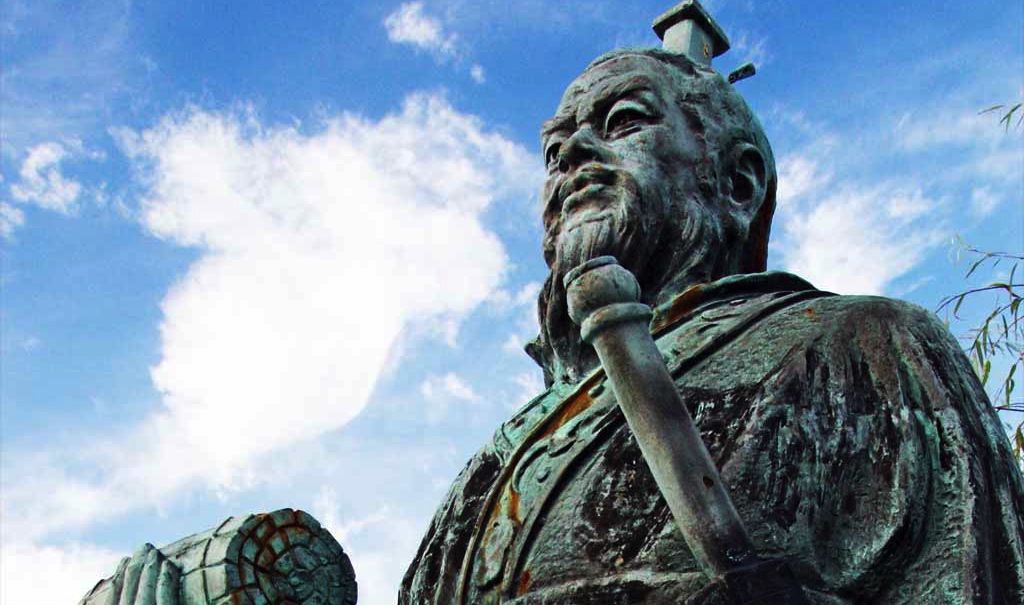 Colbert-Busch (or at least her advisors) followed the tactical wisdom ascribed to Chinese warlord Sun Tzu – and later Napoleon Bonaparte – which holds that you “never interrupt your enemy when they are making a mistake.”

And so they kept their mouths shut while Sanford started taking water over trespassing allegations leveled by attorneys of his ex-wife, Jenny Sanford.

That’s sound strategic advice … among the many pearls of wisdom to be found in Sun Tzu’s masterpiece, The Art of War.

Of course there’s a flip side to this wisdom – which we shall refer to henceforth as the “Sanford corollary.”

“Never compound the mistakes you have already made.”

Unfortunately for Sanford, he can’t seem to stop compounding the mistakes he made …

First, let’s flashback to 2009 when then-governor Sanford gave his infamous rambling press conference at the S.C. State House acknowledging that he had been unfaithful to his wife. Given Sanford’s status as a potential Republican presidential candidate, the event was national news – and it became an even bigger story given the quirky and non-scripted (i.e. authentic) manner in which Sanford handled it.

Of course what could have turned into a potentially positive process story about copping to infidelity quickly wound up back into the minus column when Sanford simply wouldn’t shut up about his affair and the various feelings it aroused in his loins (as well as his overburdened heart).

Fast forward to this month – which began with Sanford convincingly capturing the GOP congressional nomination for the first district seat and opening up a decent lead over Colbert-Busch.

That’s when the wheels fell off though … or when Jenny Sanford decided enough was enough with this whole “comeback” thing.

Somehow (ahem, Jenny), the Associated Press obtained “sealed” court documents showing that the former governor was scheduled to make an appearance next month before a Charleston County family court judge.

The allegation against him? That he trespassed on his ex-wife’s property without her permission back in February (and apparently on several occasions prior to that).

Sanford copped to the February trespass, too … claiming he was watching the Super Bowl with his 14-year-old son (who was home alone).

Of course that’s when he decided to run a full-page ad in Sunday’s editions of The Charleston (S.C.) Post and Courier explaining himself (again) over the trespassing incident.

The letter began with the line “it’s been a rough week,” which rubbed a lot of people the wrong way given that the previous week featured a domestic terror attack in Boston (which killed three people) and a massive explosion at a Texas fertilizer plant (which killed at least 14 people).

“Just when you thought Mark Sanford had outdone himself, he raises the bar on his own ridiculousness,” wrote columnist Jonathan Capeheart for The Washington Post, describing Sanford’s full-page ad as “doubling down on stupidity.”

Sanford’s “rough week” comment (like his prior “wounded warrior” remark) was bad enough, but that’s not the real damage done to his candidacy by this ill-advised letter.

Once again – at the very moment he should have been pivoting away from his personal drama and back onto the issues that could carry him to victory in this decidedly Republican-leaning district, Sanford chose instead to veer into the self-indulgent.

Why? There’s really no rational explanation … other than the man simply cannot help himself.