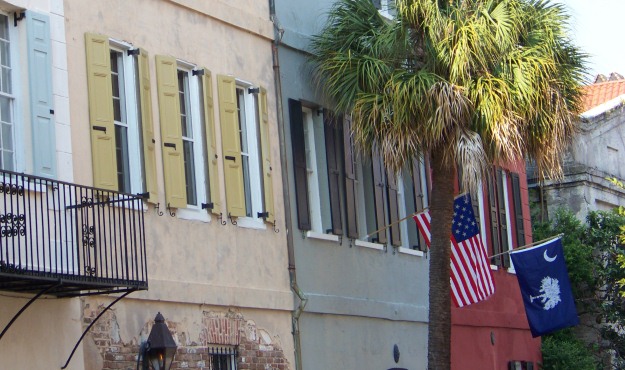 Colbert-Busch is currently receiving the support of 50 percent of registered voters in the district, while 41 percent back Sanford. Green Party nominee Eugene Platt is drawing 3 percent, the poll found.

PPP is a North Carolina-based, Democratic-leaning firm, but its surveys have been incredibly accurate in South Carolina in recent years.

Colbert-Busch entered this Lowcountry congressional race with a slim lead over Sanford, but a recent poll from the former governor’s campaign showed him taking a lead just outside the margin of error.

Of course that’s when all hell broke loose for Sanford – whose spectacular 2009 fall from grace was an international news story as well as the death knell for his 2012 presidential aspirations.

According to the governor’s ex-wife, Sanford has been habitually trespassing on her property in violation of their 2010 divorce decree – although the real reason for her anger is reportedly Sanford’s inclusion of his former mistress (now fiancée) Maria Belen Chapur on stage at his GOP victory celebration three weeks ago.

Two of Sanford’s children were also onstage – the first time they’d ever been in Chapur’s presence – and both appeared visibly upset at their father’s former mistress being invited to participate in the celebration. Of course in fairness to Sanford, he says he wasn’t told Chapur would be at the event.

Whatever happened, the polling data doesn’t look good for the former governor – with 51 percent of respondents saying the trespassing allegations “give them doubts about his fitness for public office.” More than a third described those doubts as “serious.”

The first district is resoundingly Republican, but Sanford’s latest stumble could cause it to swing to the Democrats unless he finds a way to stabilize … soon.