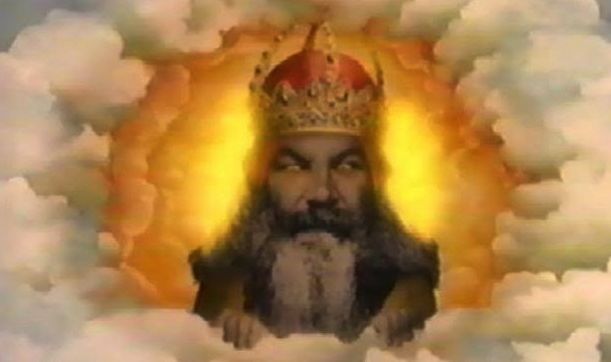 Three years ago – when Sanford was fighting to hang onto his last political job – a veteran Columbia, S.C. politico-turned-author received a message from the Almighty.

And that’s exactly what Ben Greer did. In fact the retired University of South Carolina professor – who advised a pair of Palmetto State ex-governors – was in his old office at the S.C. State House within the hour.

Sans socks, and as he recalls – “looking like a bum.”

That’s when he delivered the Lord’s message to the scandal-scarred chief executive.

“Do you know God has forgiven you?” Greer says he told Sanford.

“I think so,” Sanford is said to have responded.

“Then why haven’t you forgiven yourself?” he asked.

Greer then recalls (in borderline homoerotic prose) the lengthy, tearful embrace he and Sanford shared when the former governor realized he had neglected to ask – and receive – forgiveness for his 2009 extramarital affair from himself.

How homoerotic was Greer’s recollection? The term “nipple to nipple” was actually used, people.

“Our shirts were soaked,” Greer says, recalling the torrent of tears the pair shed together.

Of course the offering and receipt of this long-overdue self-forgiveness wasn’t Greer’s only message for Sanford – the ex-operative brought with him a bold political prognostication.

In fact Greer tells FITS he never doubted that Sanford’s congressional comeback would be victorious – even two weeks ago when Sanford fell behind his Democratic opponent Elizabeth Colbert-Busch by nearly ten points.

“I told him he just needed to pivot,” Greer says of his most recent conversation with Sanford.

“I agree with everything you just said,” Sanford agreed.

Anyway, if momentum is any indication it appears as though Greer – or rather God – is going to be correct.

Lazenby: On The “Good, Bad And Ugly”