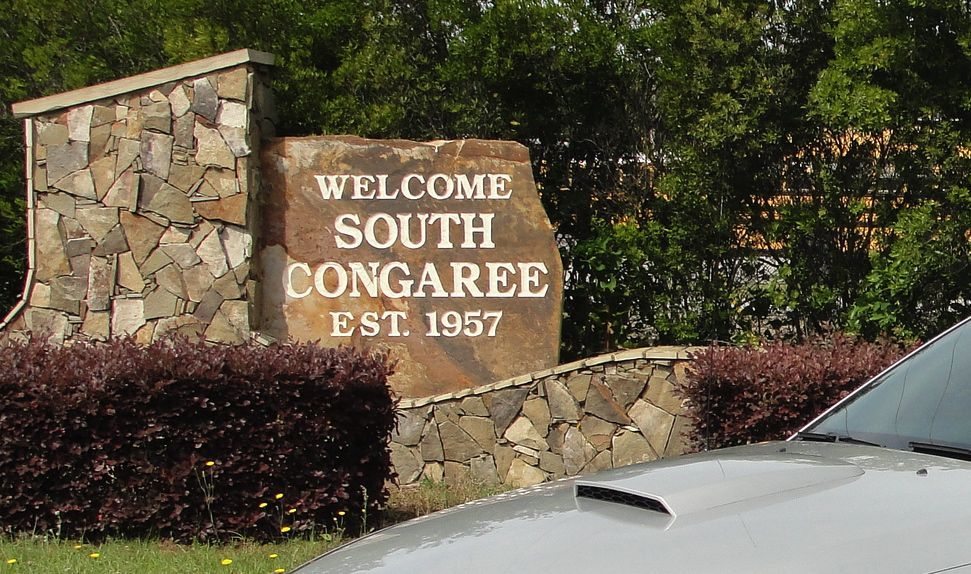 Multiple sources familiar with the joint federal-state raid of the town of South Congaree, S.C. tell FITS that agents collected information from town offices related to the “Lexington Ring.”

What sort of information were they seeking? And what did they find? It’s not immediately clear … although we have confirmed that the town’s chief of police and administrator have been placed on paid administrative leave in the wake of the raid.

For those of you who’ve forgotten, the “Lexington Ring” is a cabal of corrupt politicians and crooked cops accused of running an illegal video poker operation based out of Lexington County, S.C.

Also mentioned in the recordings? Jason Amodio, South Congaree’s chief of police – who has been accused of providing protection for video poker machines run by the “ring.”

Frazier originally denied making the statements contained in the recordings, but later changed his tune and said he fabricated them in an effort to make himself appear influential.

Amazingly, nothing was done with these tapes until last August, when a Columbia, S.C. alternative media outlet – The Free Times – published a story based on them. Bizarrely, though, The Free Times never followed up on its report – and destroyed the evidence it had received.

Fortunately a pair of news outlets – this website and WIS TV 10 (NBC – Columbia, S.C.) – aggressively followed up on the report, and the saga of the “Lexington Ring” turned into one of the biggest news stories of the year.

Well … until it fizzled out anyway.

Two months ago, though, it was reported that a statewide grand jury had received a report on the ring and that indictments in the case were “imminent.”

Of course we’ve heard that song and dance before …

Meanwhile sources close to the “ring” tell FITS the scandal has been overblown from the beginning and that there would be no indictments stemming from the grand jury investigation.

“Maybe some ethics fines, no indictments,” this source told us.

Frankly that sort of prediction strikes us as overly optimistic. Remember, the “ring” is full of some really, really bad dudes. In fact its activities are said to include misappropriated public funds, prostitution and even murder.

Will any of them ever be brought to justice for their activities? That remains to be seen …

Dear God Help Us There’s Two Of Them …