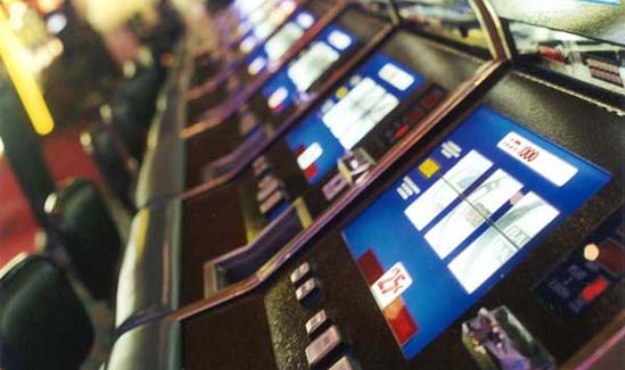 A statewide grand jury has received a report from the S.C. State Law Enforcement Division (SLED) regarding the “Lexington Ring” – a cabal of crooked cops and corrupt politicians rumored to be running a criminal video poker operation in the Midlands region of the Palmetto State.

That means indictments are likely to be forthcoming in the case (finally) … although it’s not clear which politicians or law enforcement personnel are in the crosshairs.

“The video poker investigation involving a sitting Lexington town councilman and connected to a former senator and sitting sheriff is in the hands of the statewide grand jury,” WIS TV 10 (NBC – Columbia, S.C.) reported this week. “The body could decide whether the state Attorney General brings charges from the investigation.”

FITS has been following this saga every since it broke last August. Along with WIS, we’ve been driving coverage of the “Ring” after The (Columbia, S.C.) Free Times – the outlet which originally broke the story – mysteriously backed off of its investigation (and destroyed the evidence it received in connection with that probe).

We were told in January that indictments in the case were imminent, but so far none have materialized.

Both federal and state law enforcement personnel have been pursuing the criminal investigation.

The “Ring” burst into the headlines last year when a Lexington, S.C. councilman named Danny Frazier was surreptitiously recorded detailing the inner workings of its operation to a prospective client. These recordings were provided to SLED last spring by a former member of the ring – a ex-magistrate who claims he once issued favorable rulings from the bench on behalf of the underground video poker industry. Frazier originally denied making the statements contained in the recordings, but later changed his tune and said he fabricated them in an effort to make himself appear influential.

Federal investigators have been attempting to “follow the money” in this case, and have reportedly identified at least one of ways the outfit laundered money. We’re also told feds have traced many of the machines used by the “Ring,” and determined they were smuggled into the Palmetto State inside mobile homes bound for Lexington County.