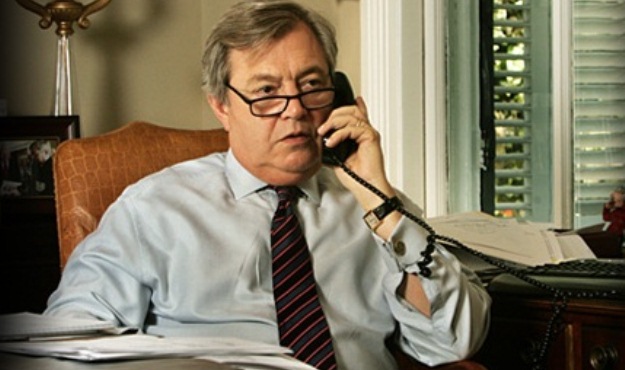 “SEE WHAT HAD HAPPENED WAS …”

|| By FITSNEWS || Former S.C. Democratic party chairman (and “Friend of Barack”) Dick Harpootlian has solved the mystery of how five barrels of a chemical used to manufacture phencyclidine – or PCP (a.k.a. “Angel Dust”) – wound up in downtown Columbia, S.C. this week.

The acerbic political attorney told a local television station that the drug-making materials wound up in the heart of the South Carolina capital as a result of a criminal case involving his law firm.  The case – which Harpootlian says is centered in Orangeburg, S.C. – allegedly involved the shooting of a U.S. Drug Enforcement Agency (DEA) officer.

According to Harpootlian – who spoke with WIS TV 10 (NBC – Columbia, S.C.) – he asked his client to provide some information on the location of five 55-gallon barrels of Piperidine, which is frequently used in the black market manufacture of “Angel Dust.”

“My client had some information about where there might be five drums of (Piperidine) in Orangeburg,” Harpootlian told the station.  “We made the DEA aware of that, FBI, the US Attorney’s office and told them we’d try to get those delivered, uncovered, whatever to get them off the street.”

Apparently some signals got crossed, though, and the material wound up getting dumped near the attorney’s office … which is when all hell broke loose.