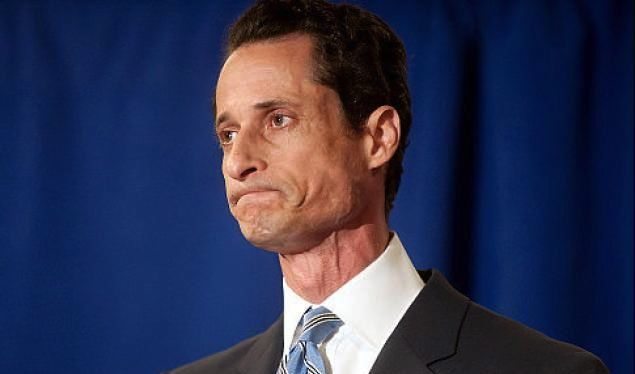 He’s the former U.S. Congressman from New York who accidentally tweeted an image of his erect penis … and then tried to claim his Twitter account had been hacked.

Not only that, Weiner was coaching the women to lie to the media too …

Anyway, less than two years later Weiner is back … as a potential candidate for mayor of New York City.

Yeah … apparently if Mark Sanford can do it, so can he.

Many New York Democrats like Weiner’s chances, too, arguing that his personal indiscretions pale in comparison to the public corruption which continues to infest the Empire State.

Others aren’t sold on Weiner’s return …

“Seriously, Weiner is thinking of running for mayor of New York?” one FITS reader noted. “He and Sanford should wait till 2016 and run with the slogan ‘We’re a Couple of Dicks!'”

We’ve never had a problem with Weiner’s personal failings. It’s the fact he lied about them (habitually) that we don’t like … well, that and his uber-leftist political ideology. Accordingly, we could never support his political comeback.

Weiner, 48, represented New York’s ninth congressional district for over a decade. In 2010 he married former Hillary Clinton aide Huma Abedin in a ceremony presided over by president Bill Clinton. Abedin was pregnant with the couple’s first child at the time of his spectacular fall from grace.

Why Rand Paul Got Dissed By The SCGOP