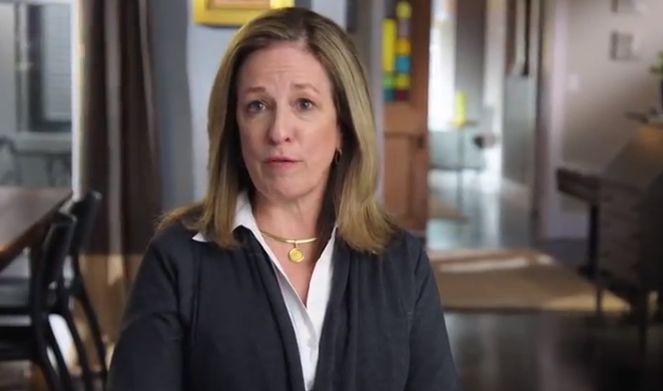 The spot, entitled “Independent,” represents an effort to preemptively defend the first-time candidate from being branded as a rubber stamp for the agenda of U.S. President Barack Obama, who was thoroughly thumped in the first congressional district last November.

“As a single mom raising three young children, I had to be independent and do what’s right for them,” Colbert-Busch says in the spot. “Now, I’m going to take that lesson to Congress.”

Colbert-Busch also appeals to fiscal conservatives, stating that “we need to get rid of government waste” because “he deficit is killing jobs.”

Hmmmm. We agree with that statement … although it’s a bit ironic coming from a former six-figured taxpayer-funded bureaucrat who has a record of supporting unnecessary spending.

In addition to the new commercial, Colbert-Busch’s campaign also announced it would be hosting another fundraiser featuring her famous brother, faux conservative comedian Stephen Colbert.

Early polls show Colbert-Busch with a slim lead over Sanford despite the heavy GOP lean of the first district.