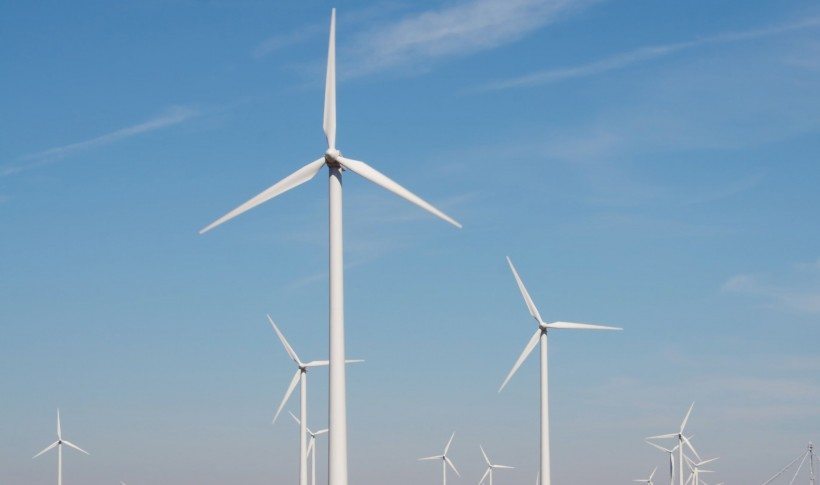 Former S.C. Gov. Mark Sanford is asking businesses in the South Carolina Lowcountry what his congressional campaign refers to as a “$320,000 question.”

Sanford’s interrogative comes (not surprisingly) at the expense of Elizabeth Colbert-Busch – his Democratic opponent in next month’s special election for the state’s first congressional district. Colbert-Busch, as it turns out, has been a major proponent of Clemson University’s $98 million taxpayer-funded wind turbine testing center.

Remember that? No? Here’s a refresher …

Colbert-Busch, a former six-figure bureaucrat at Clemson, not only supports this facility – she supported federal taxpayers shelling out $43 million worth of “stimulus” funds on it. And according to the administration of Barack Obama, that $43 million investment only “saved or created” 134.12 jobs.

“I have no doubt they’re doing some great research over at the Drivetrain Institute, but to me it comes back to the ideas of return on investment, and the proper role of government in the economy,” Sanford said in a statement. “Some believe that it’s government’s role to try and drive the economy, but as we all saw back in 2009 it just didn’t work, and some would argue it actually prolonged our recovery because it froze would-be investors who wondered when the next bailout would take place. I believe a key difference in this race is going to be whether one believes it is small business that drives the economy, or whether one believes it is government borrowing that does so, and I look forward to having that debate with my opponent over the coming weeks.”

Sanford’s criticism comes less than a month after a new report raised fresh doubts about the viability of wind power – which is currently undergoing a less-than-encouraging trial run in Germany.

Sanford and Colbert-Busch will face off on May 7 in a special election to determine who will fill the seat vacated earlier this year by newly appointed U.S. Sen. Tim Scott. According to recent polls, Colbert-Busch enters the race as a slight favorite over Sanford despite the strong “Republican” lean of the district.