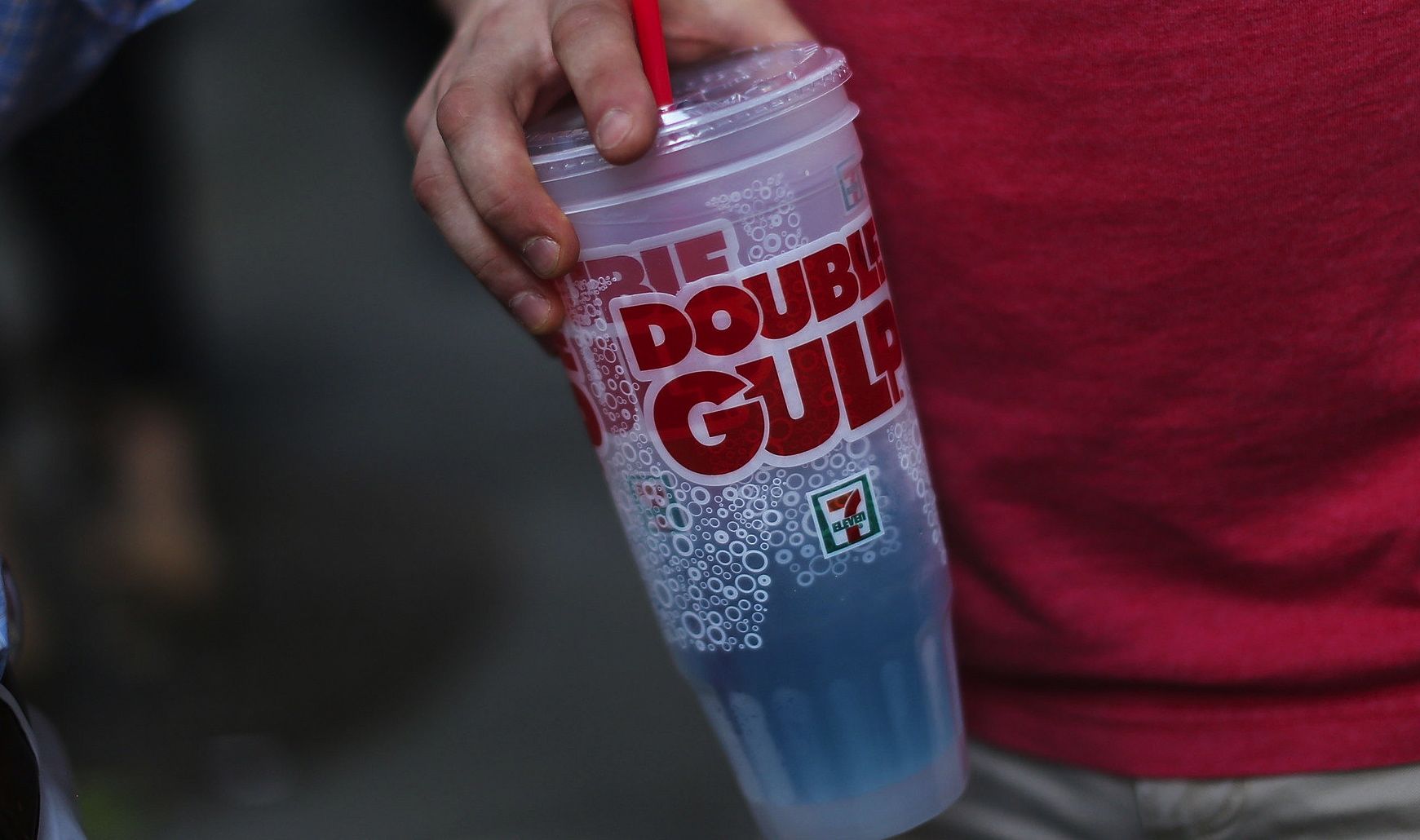 The world’s largest convenience store chain is coming to the South Carolina Upstate … bringing Big Gulps and other buckle busting treats with it.

7-Eleven – which operates more than 50,000 stores worldwide – is taking over more than twenty Hickory Point stores in three Upstate South Carolina counties, according to The Tin Foil Hat Times (a.k.a. The Anderson Independent).

We’re not sure … but we would view this development as another example of the futility of such an effort.

Wanna make people skinny? Then stop subsidizing their face-stuffing … and more importantly, let them deal with the consequences of their gluttony as opposed to making the rest of us pick up the tab.

That slurping sound you hear is the sound of freedom … but with freedom comes an obligation to take responsibility for one’s own actions.