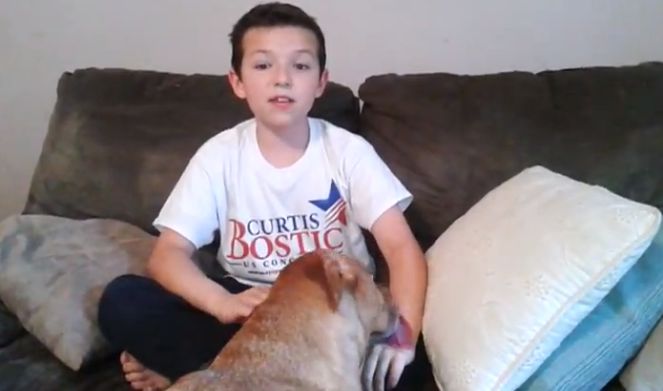 In between wiping his snotty nose and getting licked by a dog, this pint-sized supporter of S.C. first congressional district candidate Curtis Bostic offers up two things … 1) Some incredibly bizarre reasons to support Bostic’s candidacy, and 2) Proof of the extent to which academic achievement in South Carolina has deteriorated under our government-run monopoly.

And yes … his endorsement was posted on the official Bostic For Congress YouTube page (entitled “The Youth for Bostic“).

For the record, here are this kid’s three stated reasons for supporting Bostic …

Whoa … help, protection and a feast?

Bostic and former S.C. Gov. Mark Sanford square off next Tuesday (April 2) in the GOP runoff for the first district seat vacated earlier this year by newly appointed U.S. Sen. Tim Scott. The winner gets Democrat Elizabeth Colbert-Busch in a special election in May.