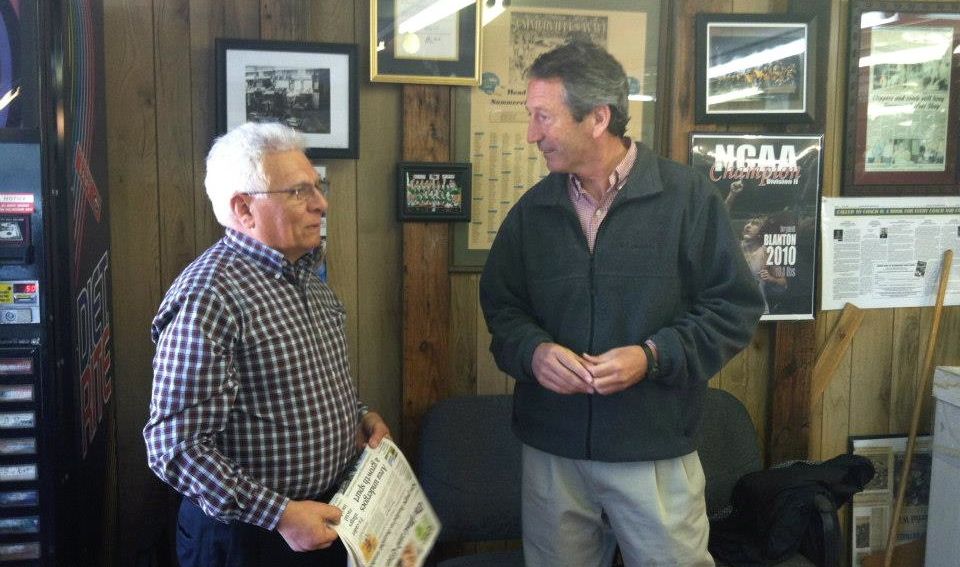 Earlier this week we addressed what we see as the primary argument against supporting trial lawyer Curtis Bostic in the Republican runoff for the first congressional district.

Was it the fact he doesn’t live in the district he seeks to represent? No.

Was it his questionable association with an “adoption” service accused of human trafficking? No.

Was it his record of supporting disproportionately large spending increases as a member of Charleston County council? No … not exactly.

Our fear is that Bostic – were he to remain true to his big government roots as a member of Congress – would spark a fundamental shift in the ideological direction of South Carolina’s GOP congressional delegation. Specifically, we think he would provide cover for newly elected U.S. Rep. Tom Rice to start voting with the fiscally liberal GOP establishment – which would in turn permit U.S. Rep. Joe Wilson (who has shifted to the fiscal right in the last three years) to return to his establishment GOP roots.

Obviously that would be a terrible development …

But what about Bostic’s opponent? Former S.C. Gov. Mark Sanford? What’s the argument against Republicans choosing him as their nominee for this seat?

Well … aside from the obvious.

The best argument we’ve heard (and the one the Bostic people are making feverishly) is that a vote for Sanford is a vote for Democratic nominee Elizabeth Colbert-Busch.

In other words, the only way Republicans could possibly lose this seat would be if they nominated a scandal-scarred former governor who lied to his state, his staff and his family about his whereabouts while pursuing an extramarital affair – an affair he wasted tax money in pursuing. Oh, and then dragged everybody through months of seemingly interminable narcissism as he desperately fought to save his job.

Colbert-Busch is indeed a credible Democratic opponent – one with money and celebrity support (from her famous brother). Accordingly a head-to-head matchup against Sanford affords her a legitimate shot at victory. However winning an election in a heavily GOP district against a largely unknown Republican – even one with as much baggage as Bostic – is a far less likely proposition.

There’s no denying this point … Bostic gives “Republicans” better odds of a special election victory in May than Sanford does.

As we’ve already noted, though, we don’t accept this argument as having much merit given Bostic’s demonstrated fiscal liberalism. Seriously … what’s the point of electing Republicans if they vote like Democrats? And while Colbert-Busch is indeed more likely to beat Sanford than Bostic … she faces an uphill climb in both hypothetical match-ups.

Still, expect Bostic’s campaign to continue aggressively promoting this narrative over the next two weeks …