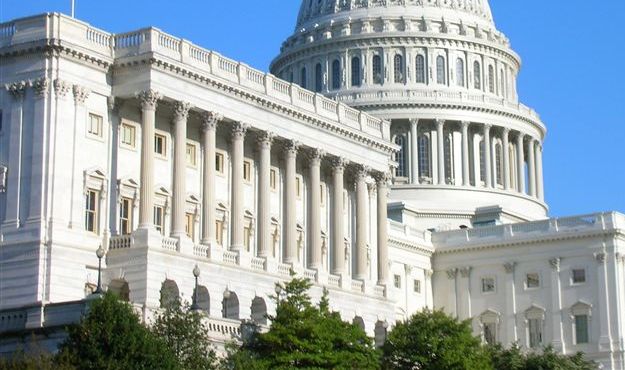 Hell must have frozen over this past weekend as the U.S. Senate broke a four-year record of intransigence and failure – unleashing a blizzard of votes that culminated with the passage of a budget document that reveals the plans and priorities of the fifty Democrats who supported it.

It was no mistake the Senate Democrats’ big reveal – that they had no plan whatsoever to ever bring the budget into balance – came on Friday evening going into pre-dawn Saturday morning.  Harry Reid and crew were clearly embarrassed by their budget and hoped to avoid widespread media coverage by scheduling votes when they would receive the least amount of attention.

Ironically, Democrat Senator Bob Menendez (D-NJ) actually had the audacity to complain that it was irresponsible for the Senate to be considering major foreign policy decisions at 3:00 a.m. on Saturday, referring to a budget amendment that passed putting the Senate on record as opposing the United Nations Small Arms Treaty which the Obama Administration is currently negotiating.

Menendez’s complaint should have been with Majority Leader Reid – who deliberately scheduled the vote-a-thon in the wee hours of the morning to keep the results cloaked from real time reporting as much as possible.

But the rationale behind Reid’s “Hide the Budget Act” makes perfect sense.

The Senate Democrats claimed that their budget was “balanced” a grand total of 230 times – as noted by Senator Jeff Sessions (R-AL). Of course the truth is the spending plan never even approaches balance.

In fact every Democrat Senator with the exception of West Virginia’s Joe Manchin voted against sending the budget back to Committee with instructions that it balance within ten years. The motion to recommit by Sessions was defeated by a 46–53 margin with Frank Lautenberg (D-NJ) not voting.

In other words 53 Democrat Senators — 50 of whom voted for final passage of the budget — made it perfectly clear that they have no intention of ever balancing the budget, despite their orchestrated protestations to the contrary.

No matter their attempts to spin the American people by perverting definitions, the votes – and the numbers behind them – do not lie. The Senate Democrats’ budget creates $7.3 trillion in new debt over the next ten years – and that’s including a $1.5 trillion tax increase.

It immediately increases the budget deficit and grows federal government spending by 60 percent over the next ten years.  Even more stunning, the growth of means-tested spending increases by 80 percent — i.e spending on those who are the poorest amongst us.

This last point is a bald admission that the Democrats who voted for this budget do not believe that their big government policies will work. Nor do they think their budget will grow the economy or ween people away from government dependency. Instead they project that the very dependency that sucks the self-respect from the least of these, will dramatically increase. Incredibly, the Senate Democrats actually budgeted for the failure of their policies.

To put an exclamation point on the devastating impact that the Senate Democrat vision for federal government taxing and spending would have on American’s who want a job, the Heritage Foundation found that if passed into law, it would cost our nation an average of 853,000 jobs per year for the next ten years.

That’s 8.5 million jobs that either won’t be created or would go away entirely if the Senate Democrats’ vision for America became a reality.

That’s 8.5 million Americans consigned to perpetual dependency rather than developing the kind of sustainable careers that our nation’s workers have traditionally been able to depend upon.

That’s 8.5 million disappointments, tears and putting off a vibrant future for another day as American workers are stuck in a cycle of Democrat Senate induced dependency rather than being able to stand on their own two feet to determine their own futures based upon their ability and hard work.

That’s simply unacceptable and inexcusable.  Yet, it is the consequence of a Senate Democrat vision that dramatically increases government, puts another $7 trillion onto the national debt, all the while sucking an additional $1.5 trillion in new taxes out of the economy.

Thankfully, one of the positives from the Senate budget debate is that our U.S. Senate went on the record on a number of other issues, producing mixed results.

Beyond the UN Small Arms Treaty vote, another of these was the vote of support by 56 Senators in favor of illegal immigrants having access to free taxpayer funded health care should they become legal under a future immigration reform bill.

Another vote that is good news for those who believe in free markets but bodes ill for those in the Obama Administration who hope to pass a carbon tax, as 53 Senators rejected this holy grail for the environmental left on a bi-partisan basis.

This past weekend was indeed momentous for not only the Senate Democrats being forced to actually do their jobs and lay out their budgetary vision for the country, but also for the 47 votes taken that put every Senator on record on many of the other critical issues facing our nation.

It is just too bad that Harry Reid was so ashamed of the product his Budget Committee produced that he attempted to hide their work behind a late night curtain.

Rick Manning is communications director of Americans for Limited Government and the former Public Affairs Chief of Staff at the U.S. Department of Labor. Follow him on Twitter@RManning957.

How Joe Biden Rolls (On Your Dime)