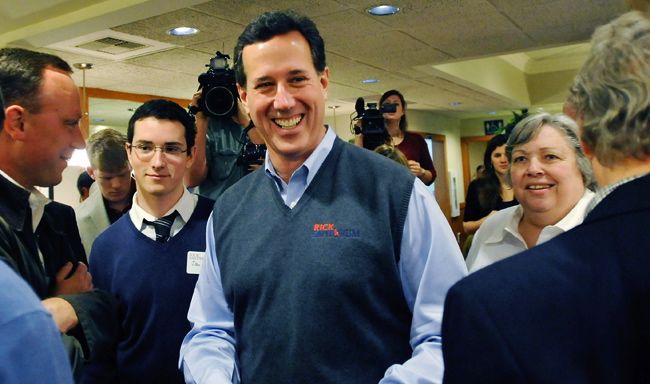 “I am pleased to announce our endorsement of Curtis Bostic in South Carolina’s first congressional district,” Santorum said. “Curtis’ groundswell finish to a runoff spot signals a win for the strength of his grassroots supporters and his robust conservative values.”

Um, more like robust spending. Of course that makes perfect sense … while Santorum was busy wasting gobs of your money in Washington, D.C., Bostic was busy doing the same thing in Charleston, S.C.

They’re made for each other, in other words.

For reasons surpassing understanding, Santorum – a Bible-thumping fiscal liberal – emerged last winter as the primary “conservative” alternative to eventual GOP nominee Mitt Romney. He won eleven primaries and racked up more than three million votes prior to dropping out and eventually endorsing Romney.

Santorum said he will campaign for Bostic this week, and expect his “Patriot Voices PAC” to spend some money in the race.