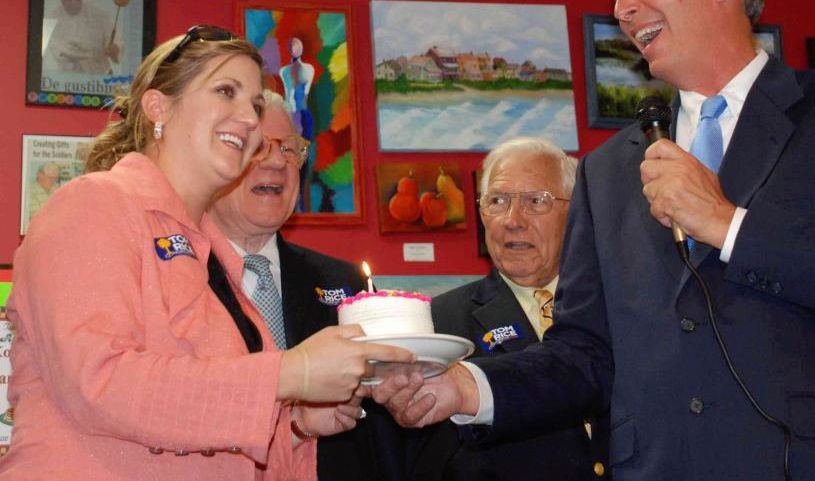 We had never heard of S.C. Rep. Heather Ammons Crawford (RINO-Myrtle Beach) until she flipped out on an Upstate Tea Party group earlier this year for mistakenly including her on a 2012 voter survey (Ammons didn’t begin her term until this year).

The group quickly acknowledged, retracted and apologized for its error – but Crawford was having none of it.

She chose to pick a fight … sort of like Wrenzie Rice, the wife/ chief strategist for U.S. Rep. Tom Rice, another coastal politician of dubious ethics.

Why are these Horry County politicians so sensitive? Perhaps its a guilty conscience given their status as wholly owned subsidiaries of the “Myrtle Beach Mafia” – a corrupt cabal of local tourism leaders who believe government has an obligation to subsidize their marketing efforts via direct appropriations and proceeds from tax hikes.

All of these organizations gave Crawford the maximum contribution for the GOP primary as well.

Sound familiar? Of course it does … this envelope stuffing is the modus operandi of the Myrtle Beach Mafia, which passed a 2009 tax increase via a similar scheme of shady political contributions. This “Coastal Kickback” was a brazen pay-to-play scam in which hundreds of thousands of dollars in campaign cash was funneled through a fabricated network of corporations to select politicians in exchange for their support of a local tax hike.

Crawford’s husband – Cam Crawford – is also making bank off of the Myrtle Beach Mafia. Cam Crawford recently opened a consulting firm under the name of Crescent Communications, LLC. This firm was paid $6,000 by Mark Lazarus – who is currently running for the top spot on Horry County Council (the job Tom Rice used to hold).

In fact Lazarus made this contribution to Crescent Communications before the fledgling company had even it filed its incorporation papers with the state.

Lazarus is closely linked to the “Coastal Kickback,” which is still being investigated by the FBI and IRS. In fact many of the defunct LLC’s that handed out campaign contributions as part of that scam were owned by Lazarus.

Lazarus has never answered questions by the public on his participation in the “Kickback” – and where the money for the campaign contributions came from. He’s simply thrown up his arms and claimed he “doesn’t know” where the cash originated from.

The moral of this story?

Well it obviously isn’t that Horry County politicians are corrupt as hell in their pursuit of more tax dollars for non-core government functions. Because we’ve know that for years …

No, the moral of this story goes back to Heather Ammons Crawford and her decision to pick a fight with a group of well-intentioned people who – having made an honest mistake – went out of their way to try and make things right with her.

Crawford didn’t want to make things right, though, she wanted to make enemies.

Andre Bauer Did This …