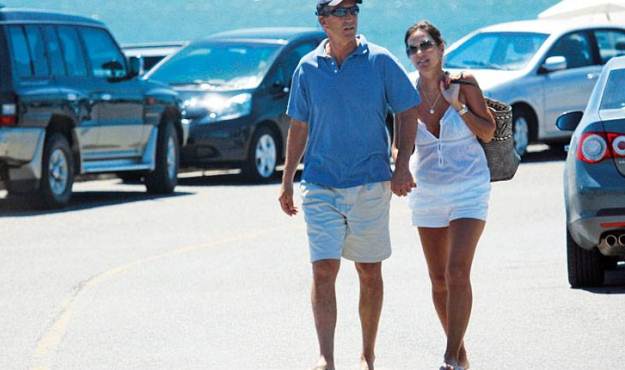 That’s according to sources close to the former governor, whose campaign is working feverishly to beat back a rumor that the couple’s engagement has been called off (or even worse … was never really on).

“He’s still engaged – and still in love,” one Sanford source told us.

And while a date for the wedding has yet to be set, the source said any suggestion that the pending nuptials had been called off was “bullshit” – and part of an effort to damage Sanford’s frontrunning congressional campaign.

According to Team Sanford, S.C. Rep. Andy Patrick (RINO-Beaufort) – who like Sanford is seeking the Republican nomination for South Carolina’s first congressional district seat – has been spreading the rumors about Sanford’s relationship with Chapur, referring to it as a “sham” intended to facilitate the former governor’s political comeback. FITS spoke with several sources who confirmed Patrick had raised doubts to them about the validity of the relationship.

Patrick is polling in the low single digits in the race, while Sanford has consistently led the field. However the two-term former chief executive – who represented the first district from 1995-2001 – faces a moment of truth in the GOP runoff election on April 2. There he could easily be defeated by one of several GOP candidates – S.C. Sen. Larry Grooms (R-Berkeley), Teddy Turner (son of liberal media mogul Ted Turner) or former Charleston County councilman Curtis Bostic.

Sanford and Chapur’s relationship has become the stuff of South Carolina political legend.

At a bizarre, rambling press conference at the S.C. State House in 2009, Sanford admitted being unfaithful to his wife and lying to his family, his staff and the citizens of South Carolina. Days later, just when it appeared the scandal had died down, Sanford granted an ill-fated interview with the Associated Press in which he called Chapur his “soul mate,” admitted “crossing lines” with other women.

At that point his wife, Jenny Sanford, publicly exited the governor’s mansion and divorced him – turning the role of scorned spouse into a cottage industry in the process. Sanford was also very nearly impeached after it was revealed that his Commerce Department spent tax dollars on a South American “economic development” trip during which he visited Chapur.