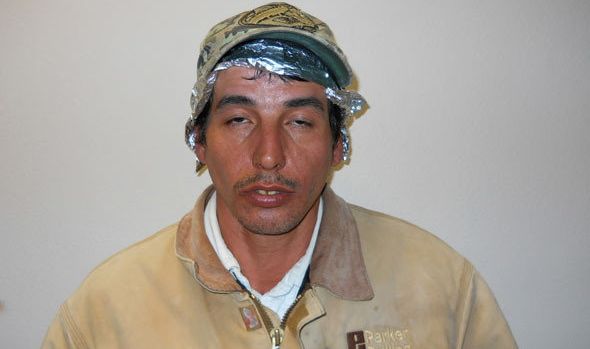 A 35-year-old Louisiana man is in jail for threatening to burn down four schools in Jefferson Parish … but that’s not the only reason he’s in the news.

Shane Kersey of Lafitte, Louisiana was wearing a tin foil insert inside his cap when Parish Sheriff’s deputies arrested him this week. According to the deputies, Kersey told them “the foil wrapped around his head secured by a baseball cap was there to prevent microwave signals from entering his head.”

We like to throw the “tin foil hat” thing around from time to time, but we weren’t sure there were people (outside of South Carolina, anyway) who actually wore them.

According to a local radio station, Kersey “has a very extensive prior criminal history with multiple arrests for Possession of Narcotics, Simple Burglary, Aggravated Battery, Criminal Trespassing, Theft, Illegal Possession of a Weapon, along with numerous traffic related offenses.”

Now he’s facing a felony terrorizing rap … along with the possible loss of his tin foil headgear.