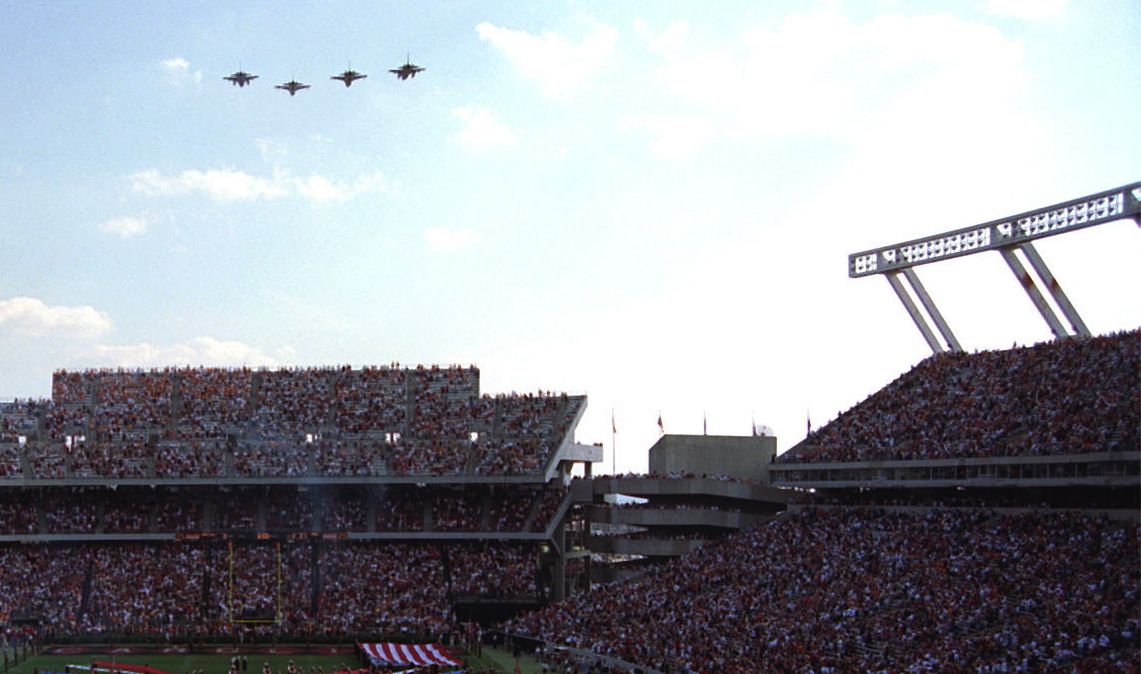 According to U.S. Armed Forces’ officials, military flyovers at college and professional sporting events are among the casualties of the sequester – a.k.a. the modest reductions in federal government excess which started kicking in this week.

“The Thunderbirds are expected to stand down effective April 1,” an Air Force spokeswoman told USA Today, indicating a March 10 appearance at a NASCAR race in Las Vegas “is pretty much going to be, I think, the last flyover you’ll see for a while from us.”

Don’t get us wrong. We love stadium flyovers. Who doesn’t? They’re cool. And loud. And exciting. And they get crowds all sorts of energized. Not only that, they remind us of why we are (or rather were) patriotic – which is probably why the government provides them as a public relations service.

Here’s the thing, though … as good as all of those things are, none of them justify flyovers as a taxpayer expense. In fact funding for flyovers is emblematic of our government’s root problem – appropriating public resources to things simply because they’re popular.

Getting rid of flyovers, on the other hand, is emblematic of what the federal government needs to do en masse across its sprawling bureaucracy … identifying things it doesn’t need to be doing and cutting them.

And while that may not be popular when the cut impacts something as cool as flyovers, it is of vital importance if our country is to survive.