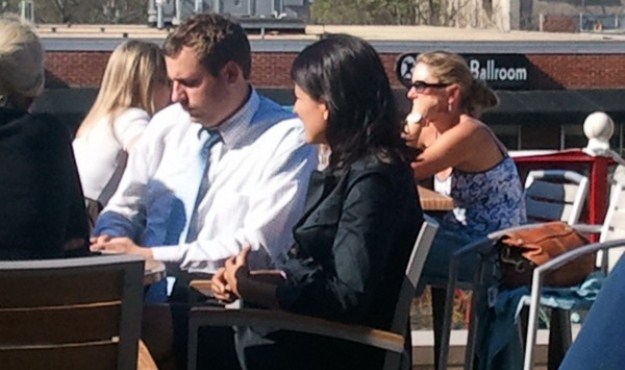 Tim Pearson – the irascible 30-year-old man-child who has been by S.C. Gov. Nikki Haley’s side since 2009 – is reportedly no longer by his wife’s side.

It’s not clear at this point what prompted their separation, but multiple sources have confirmed to FITS that Pearson and his wife “Gig” are no longer a couple.

Hmmmm … so does “Gig” get to keep that $50,000 a year part-time, taxpayer-funded position in the governor’s cabinet? We shall see … silence in South Carolina can be pretty costly.

Pearson was Haley’s chief of staff from January 2011 until last November, when he resigned to begin working on the governor’s 2014 reelection bid. The only advisor Haley has ever completely trusted, Pearson played a central role in covering up at least one of her affairs – although to his credit he did express regret over the scorched earth strategy that Haley (successfully) employed against her accuser.

How close are Pearson and Haley? He reportedly handles her campaign cell phone – sending emails and text messages on her behalf. He also sits in on almost every meeting Haley takes.

With Pearson running her 2010 campaign, Haley limped to a weaker-than-expected win over S.C. Senator Vincent Sheheen (D-Camden). As chief of staff, Pearson was a disaster – with Haley’s approval ratings literally in the toilet at the time of his departure.

Given Haley and Pearson’s inseparable proximity – and the timing of this separation (less than two months after Haley’s husband deployed for Afghanistan) – the S.C. State House rumor mill is in full swing regarding what may have prompted the split.

At this point we’ll refrain from speculating … except to say we wouldn’t be surprised if the governor has another “other woman” problem on her hands.