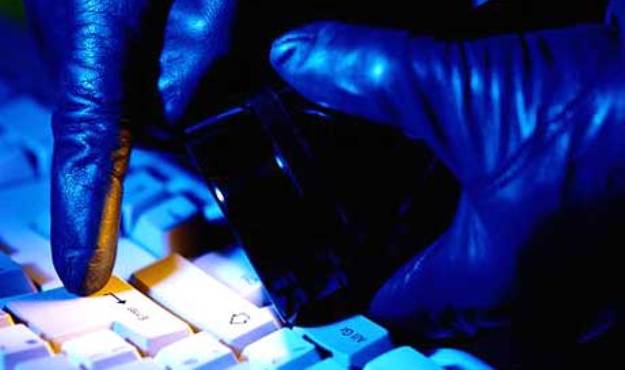 Testifying at this week’s hearing was former SCDOR official Mike Garon – who was fired from the agency last year just prior to news of the breach becoming public (a story broken exclusively by FITS). According to Garon, SCDOR was in a “high-risk situation” prior to the breach.

Really? Thank you, Captain Obvious. We hadn’t gathered that …

To recap, beginning last August SCDOR coughed up 3.8 million Social Security numbers, 3.3 million bank account numbers, tax info for more than 650,000 businesses and nearly 400,000 credit and debit card numbers to as-yet-unidentified hackers. Haley’s agency never even knew it had been hit – in fact it wasn’t until mid-October that federal law enforcement officials informed the state its system had been compromised.

How has she managed the crisis since then?  Not well …

Haley initially claimed that “there wasn’t anything where anyone in state government could have done anything” to stop the breach – and that the Palmetto State used “industry standard” data security methods.  Both of those claims turned out to be completely false.

Haley’s administration has received a $20 million bailout to pay for all the costs associated with the breach – including a controversial credit monitoring deal and crisis communications advice from a liberal Capital City public relations firm.

God only knows how much additional money the breach has cost taxpayers – and that’s before we get to the real cost of the debacle.

Given the extent of the damage here, the very least Haley’s administration could have done was bother to show up for this hearing.

After all, earlier this week she dispatched her press secretary to stand over the shoulder of a reporter who was interviewing one of her political rivals. 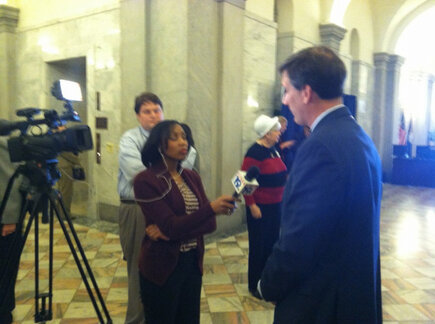 Is the biggest state-level data breach in the history of our country not deserving of the same level of attention?

Columnist Flips On “The Quinndom”

When the hell are they going to get Harry Cooper into these hearings? There is no way that he should be able to keep his job. His responsibility is AT LEAST as much as Garon’s. Garon actually reported to Cooper and Cooper has been in charge of running that agency for over 10 years.

Most of our employees are scratching their heads over how Cooper remains here. Our respect for him is nonexistent.

I’m sure that Cooper places the blame on Garon. He always finds someone to blame when something goes wrong. Cooper knew our info was in jeopardy, and knew that the agency had money to encrypt this info. Harry just chose to use that money elsewhere.

Cooper did testify a few weeks ago, but spoke more as DOR’s representative than as himself. They didn’t really grill him on much.

I work outside of government, so I can’t pretend to know how responsible he is. But I know he did testify at least once.

The lights are on, but nobody is home.

I hope the the new Interim Director Bill Blume will catch on to Cooper’s antics and give him the boot. It is time for him to go!

…. What happened? Did Nikki and her minions all have “concussions?” Inquiring minds want to know!

That fat pudgy bastard is the way we like dem’ in lock up.

Soft in all the right places.

“press secretary to stand over the shoulder”

Are you referring to the individual wearing the white hat or to hat less Fatty Arbuckle who looks liked he never met a doughnut he didn’t want to tongue the hole.

Is that a man or a lesbian? Can’t tell.

Who is that fat boy? Looks like the nerd on the Super Bowl ad. Who is he?

If Haley wanted to leanon someone, she should have sent someone that didn’t look like a big fat pussy to do the job.

Who would be scared by that loser?

I don’t know, if that fat boy were to lean on you he could cause some serious damage…

“Let me have men among me who are fat. Sleek-headed men and such that sleep a-nights. Yon Nikki has a lean and hungry look.”

BHO goes missing the night of 9/11/12, Haley goes missing for this hearing. The moral of this story is that most of the people in power could care less about national security.

What a tacky little skank, but we all knew long ago, and talked about it long ago.

Guess the apple don’t fall far from the tree.

This is just another legislative circle jerk. Why show? This is a problem she didn’t cause. Aside from some initial slips caused by her odd but entertaining inability to tell the truth, her administration has handled this crisis pretty well. Besides, everytime she opens her mouth, she makes it worse. So the right move politically is to declare victory and move on.

Wil Folks is a convicted girlfriend beater. Tell you what what Little Wil, next time you want to beat up on a woman, give me a call, you know who I am, and you can try some of that shit with me. Of course I know you’ll call the cops and shit on yourself if I showed up at your door. But you wouldn’t be man to come meet me say at Sesqui park.

Oh shit, Will. You pissed off Lloyd.

The hack happened in August 2012, the announcement was in October, and she blamed the federal government for not requiring data to be encrypted. Her record speaks volumes-she reacts to a situation placing blame on others, she wants another cabinet level agency to handle the business SC conducts. The 1 year free identity theft service is 4 months into it-the state should be liable for any expenses accrued from the hack. The breach didn’t happen in a blip-and all the data was downloaded-it took time, maybe an hour. You can look at the log and see where heavy use is-that should have alerted someone.

The hack happened in August 2012, the announcement was in October, and she blamed the federal government for not requiring data to be encrypted. Her record speaks volumes-she reacts to a situation placing blame on others, she wants another cabinet level agency to handle the business SC conducts. The 1 year free identity theft service is 4 months into it-the state should be liable for any expenses accrued from the hack. The breach didn’t happen in a blip-and all the data was downloaded-it took time, maybe an hour. You can look at the log and see where heavy use is-that should have alerted someone.