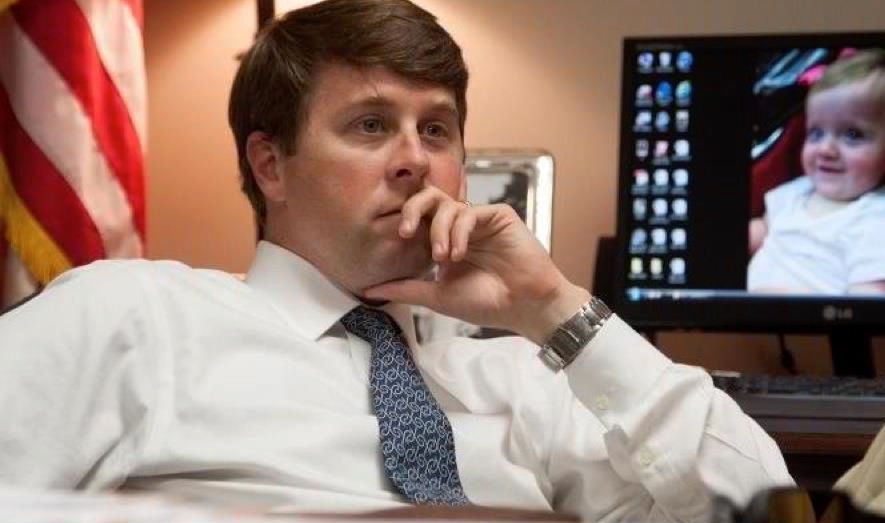 “Over the last year, my wife and I together have tackled difficult medical issues affecting our young daughter,” he said. “While we now rejoice her improving health, my new fear is that she may grow up in a nation that will never recover from the state it is in today.”

A “fear?” Increasingly it’s looking more like a certainty …

Anyway, McCoy has a better-than-average fiscal record among “Republicans” in the S.C. House of Representatives – although as we’ve noted previously that’s not saying a whole helluva lot given the left-leaning bent of this chamber.

What do we make of McCoy’s chances?

Well, he’s a fresh face with a nice-looking family who clearly has his conservative talking points down. Assuming he puts some substance to his rhetoric (and raises some money to get his message out), the former prosecutor could be just the sort of candidate who breaks through a crowded field – not unlike Mark Sanford did in 1994.