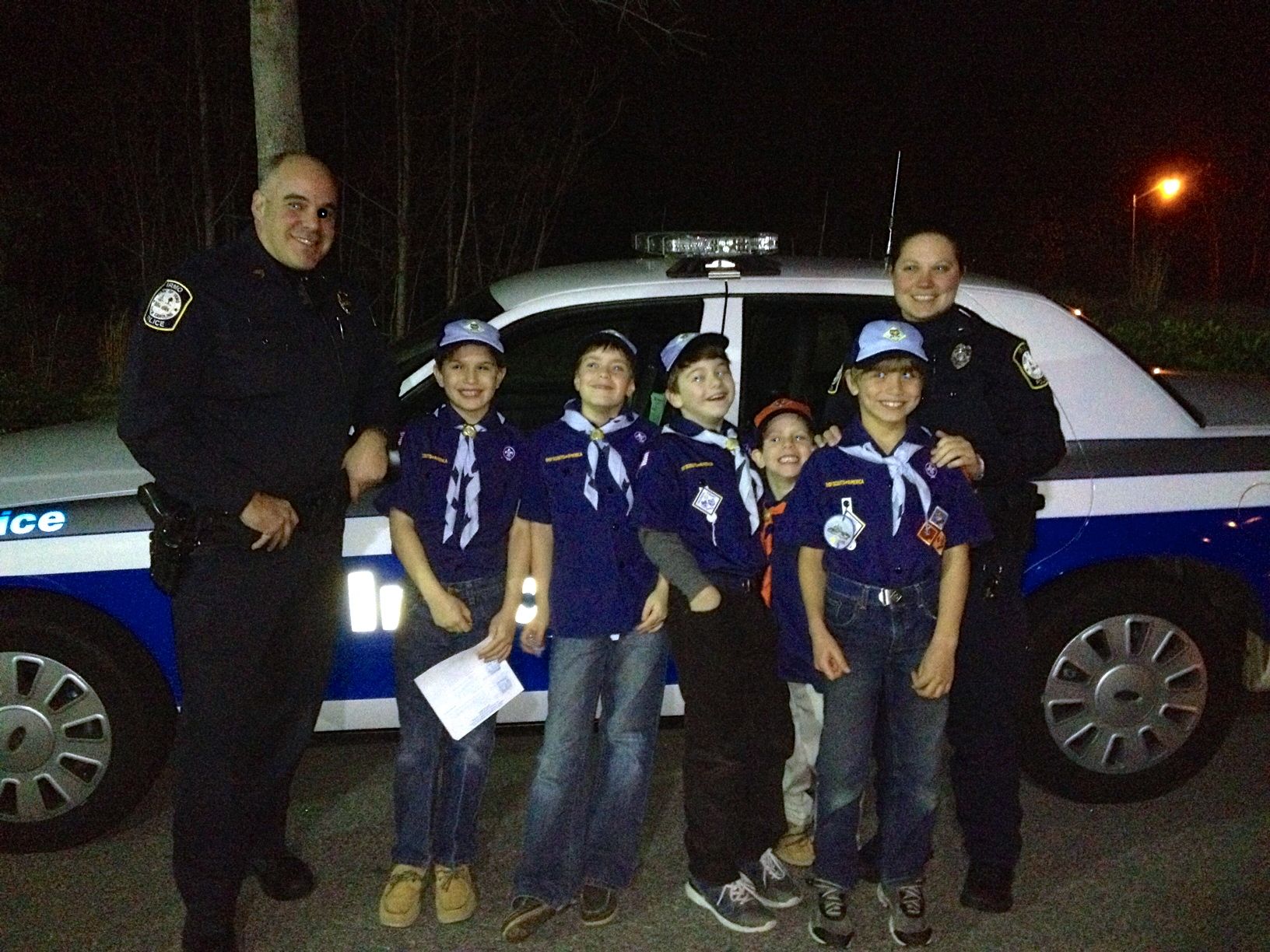 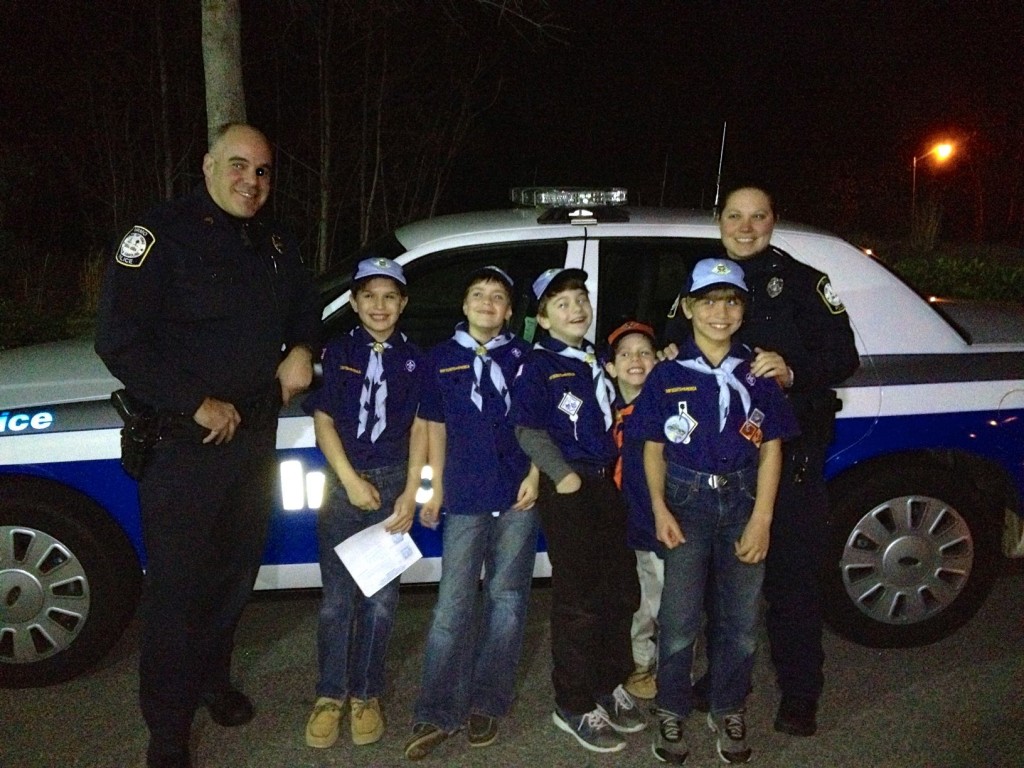 We’d like to send a quick shout out to the Irmo, S.C. police department – which graciously opened its doors to a small army of rambunctious Cub Scouts earlier this week.

The Scouts had a blast during their visit – learning all about traffic radar, fingerprint analysis, breathalyzer exams, interrogation techniques and all the various tools officers’ carry on their Batman-style utility belts (including the expandable billy club and the immensely popular “taser”). They even got to sit in a squad car and check out its lights and sirens – and one of its heavy-duty laptop computers.

Our founding editor and the other “Scout dads” also had fun – especially during the part of the tour when their kids were “interrogated” from behind one of those one-way windows you see in Law and Order.

In all seriousness, though, Irmo’s finest did a great job not only entertaining these young men – but educating them, and showing them how they can help the police do their jobs by following a few simple safety rules.

Many thanks to Chief Brian Buck, who set up (and helped lead) the Scouts’ tour, and extra special thanks to Sergeant Don Perry and Patrolwoman Hayli Livingston – who took the Scouts through the station and answered literally dozens of questions from them (and their dads).

Regular FITS readers know this website loves to hate on big government, but we’ve consistently supported state and local law enforcement officers in South Carolina as they perform the core taxpayer-funded functions of protecting our lives and our property.

Thanks to the Irmo P.D. for risking their lives every day as they perform these core functions … and for taking time out of their day to spend with these boys (and their fathers).