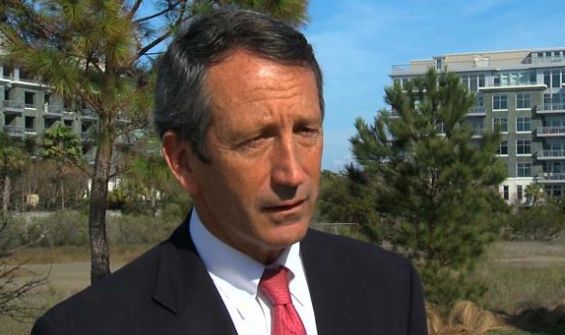 Former S.C. Gov. Mark Sanford is getting his first taste of the negative barrage sure to continue coming his way as he seeks his old congressional seat. And as you may have guessed … it ain’t pretty.

The scandal-scarred politician – one of the frontrunners for the first district seat vacated earlier this year by newly appointed U.S. Sen. Tim Scott – is the subject of a bruising, six-and-a-half minute video entitled “Mark Sanford for Congress 2013.”

Posted by a brand new YouTube user named “Mark San,” the video begins with excerpts from Sanford’s 2002 gubernatorial campaign spots – excerpts which are juxtaposed with clips demonstrating how he’s broken each one of the promises he perviously made to South Carolina voters. Toward the middle of the clip are images of Sanford cavorting with his former lover (now fiance) Maria Belen Chapur set to Garth Brooks’ hit “Shameless” – complete with a “Shameless Sanford for Congress” faux bumper sticker.

The video isn’t especially well-produced, but it effectively hits all of the anti-Sanford sweet spots … with a funny and apropos Seinfield clip thrown in for good measure.

And while the video may be forgettable in its own right (we’ll see how many views it garners), we expect the line of attack it follows to receive broad amplification via numerous earned, paid and social media channels in the weeks to come.

The basic messages? “Remember, you hate Mark Sanford. And this is why.”

So … which of Sanford’s opponents is behind the video?