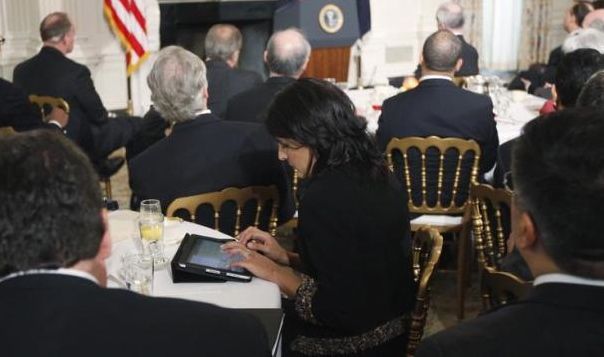 Anybody who has an iDevice (iPad, iPhone, iPod) knows all about autocorrect … the text correction feature that adjusts common misspellings and adapts to individual users by remembering words that they frequently type.

Autocorrect is loathed by most iDevice users, but it’s also rarely disabled because … let’s face it … chubby fingers and tiny virtual keyboards are a bitch.

And speaking of … iPad freak (and S.C. Governor) Nikki Haley posted an entry on her Facebook page this week attempting to justify her administration’s decision to increase funding for the S.C. Department of Mental Health (SCDMH).   One of the few state agencies that hasn’t seen exorbitant budget increases in recent years, we’re not necessarily going to quibble with Haley over her push for more spending.

You’d think with all the new spending she’s approved since taking office there would be more than enough left over for SCDMH … but whatever.

At the start of our administration, we increased the mental health budget by $19 million because it Thad been bare boned. One in four people have a mental health issue. If treated, they can live perfectly normal productive lives. Every state needs to understand the importance of mental health treatments in their communities. (Emphasis added)

So yeah … Haley’s “autocorrect” clearly knew what it was typing.  On multiple counts!

Anyway, Haley endorsed Viers’ aborted bid for the state’s seventh congressional district and has reportedly maintained close ties with the former lawmaker – whose career ended earlier this year after he was accused of harassing an ex-girlfriend.

Haley has gone on the record saying she has been “100 percent faithful” to her husband Michael throughout their fifteen years of marriage, while Viers has pointedly denied rumors of an affair with Haley.