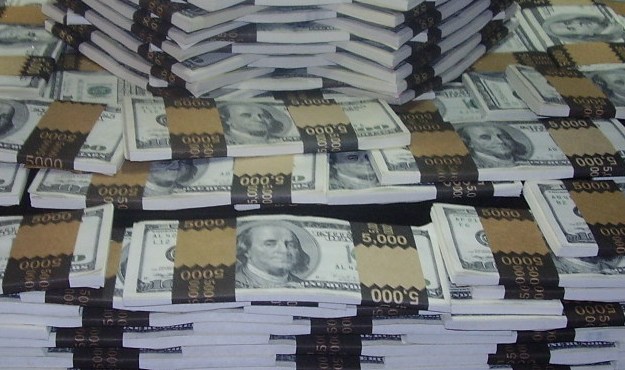 ISN’T IT COSTING EVERYBODY?

In our current political climate, taxes and deficits have become a zero sum game … in more ways than one.

First our politicians (and the media outlets that cover them) have totally forgotten that tax relief – particularly income tax relief – is an economic stimulant, and that assessing the revenue impact of such relief cannot ignore said stimulus.  Hence our two-word answer whenever people ask how we propose paying for the income tax relief we incessantly champion.

Of course that’s for “moderates.”  The best way to pay for job-creating income tax relief?

Because let’s face it – government at all levels is in dire need of draconian reductions like those proposed during the GOP primary by U.S. Rep. Ron Paul.

Anyway … the other zero sum game at work in Washington, D.C. is the class warfare premise that was instigated during the last election by Barack Obama.  Rather than being challenged, though, this argument was effectively co-opted by Mitt Romney, who made it perfectly clear that he was going to “close loopholes” on upper income earners in an effort to “pay for” his middle class tax cuts.

Yeah … that was the “Republican” in the race, people.

Here’s the problem with bleeding the rich … it bleeds jobs for the rest of us.  It never costs “yachts and private jets” (hey, Nancy Pelosi), it costs middle class jobs.

According to the U.S. Joint Committee on Taxation (a.k.a. Mark Sanford’s old stomping grounds), taxpayers making $250,000 or more a year – a.k.a. the “rich” – generate 53 percent of the small business income in this country.  Meanwhile a recent Ernst and Young study found that 54 percent of Americans were employed by companies whose owners file taxes individually.

Let’s assume for the sake of argument that those numbers are grossly inflated and that only a quarter of small business income (and a quarter of our work force) is derived from these individual filers.  We’re STILL talking about millions of jobs – and billions of dollars in income.

And Obama wants to take an axe to them?

All The Generals’ Women