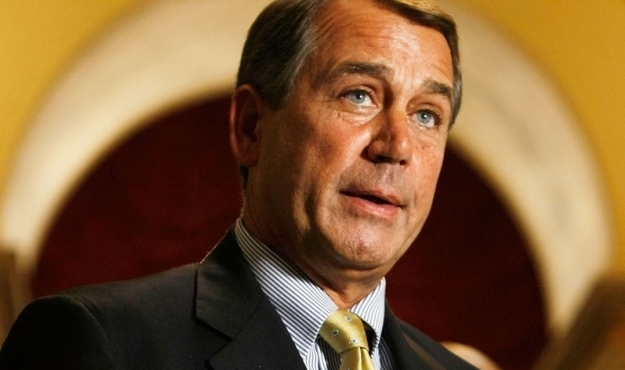 GOP SPEAKER SAYS HIS PARTY IS OPEN TO REVENUE ENHANCEMENTS

U.S. Speaker John Boehner says that Republicans are open to “closing loopholes” and “eliminating deductions” to raise revenue however he is insisting that any such “revenue enhancements” be accompanied by income tax relief.

Notice Boehner didn’t say he was insisting that these tax hikes be “offset” by income tax relief … just accompanied.

Translation? The GOP speaker is letting Democrats know that he is open to raising the overall tax burden on the American people to pay for Washington, D.C.’s ever-escalating addition to deficit spending.

What a surprise, right?  Boehner has sold taxpayers down the river at every opportunity – refusing to hold the line against spending hikes and completely caving on last year’s “debt dereliction deal.”  Accordingly the fact that he’s now caving on the “fiscal cliff” negotiations is sad … but not surprising.

Boehner’s latest sellout could hurt him with his base, though.  According to the latest polling data from Rasmussen Reports, four out of five Republican voters say that the GOP should stick to its guns rather than compromise with U.S. President Barack Obama.

This Is Gonna Hurt