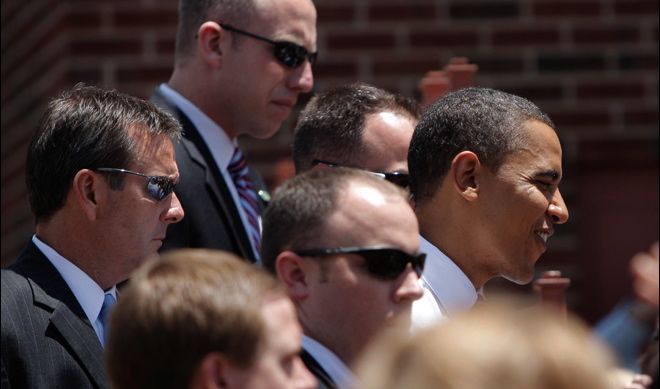 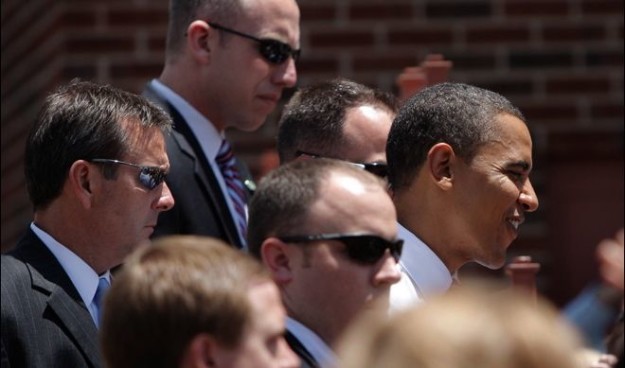 “WE ARE WATCHING YOU”

Big Brother wants you … to rat out your fellow Twitterers.

The U.S. Secret Service – which hasn’t been doing much tweeting in the wake of its embarrassing prostitution scandal earlier this year – recently fired back up its Twitter account. 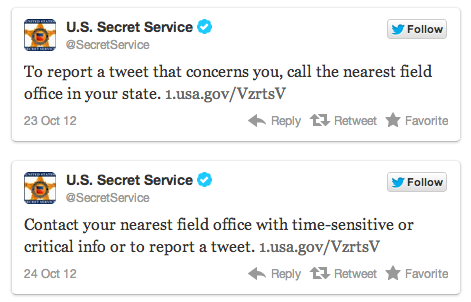 This website has always maintained that law enforcement – including executive protection – is a core function of government (and should be funded accordingly).  However our sense is that this effort is less about identifying credible threats against U.S. President Barack Obama (or GOP nominee Mitt Romney) and more about gathering information on those whose views diverge from the mainstream.