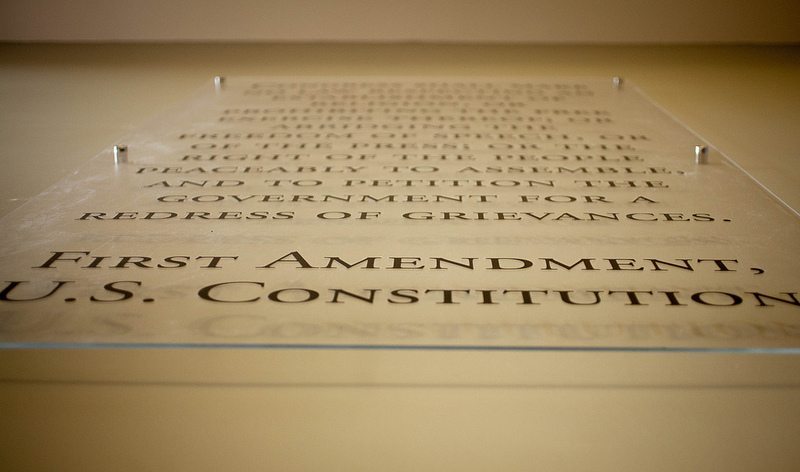 LEFTISTS PUSH CENSORSHIP IN AN EFFORT TO REGAIN CONTROL OF U.S. POLITICAL NARRATIVE

|| By RICK MANNING ||  The administration of Barack Obama and its cohorts launched a double-barreled assault on the First Amendment this week.

The Federal Communications Commission (FCC) dumped 330 pages of regulatory Super Glue on the operation of the Internet – making clear its intention to turn the greatest source of democratized communication since Gutenberg’ printing press into a public utility.

Perhaps jealous of their speech regulator counterparts, the Federal Election Commission (FEC) held a hearing to begin the discussion of how they can regulate political speech on the Internet.

Here’s a newsflash to the FEC – you cannot.

The blogs, articles and political information sources that the Democrat appointees on the FEC find so abhorrent are no different than the newspapers, radio or television broadcasts that they have no control over the content placed on them.  Political news and commentary websites, whether using a link-driven system like the DrudgeReport, a news-oriented one like Breitbart.com or HuffPo, or a commentary-based blog like NetRightDaily.com, provides First Amendment-protected information to people who a generation ago got their news from dailies and news anchors.

It is this exact information expansion that drives the left crazy.  While supporting the First Amendment when it applies to friendly news anchors and “all the news that’s fit to print” newspapers, the left sees talk radio and an open and free Internet as being a threat to their ability to appropriately shape the narrative.

Yet, Internet bloggers are a much more accurate depiction of what the Founding Fathers were seeking to protect.  In an environment where small towns had their own newspapers, and Patrick Henry self-published his seminal work, “Common Sense” that helped fuel the revolutionary fire, the men who wrote the Bill of Rights specifically were trying to prevent the government from determining what political speech was allowed.

Rick Manning is president of Americans for Limited Government – and a former U.S. Labor Department official.  Follow him on Twitter @RManning957.  This piece (reprinted with permission) originally appeared on NetRightDaily.com.