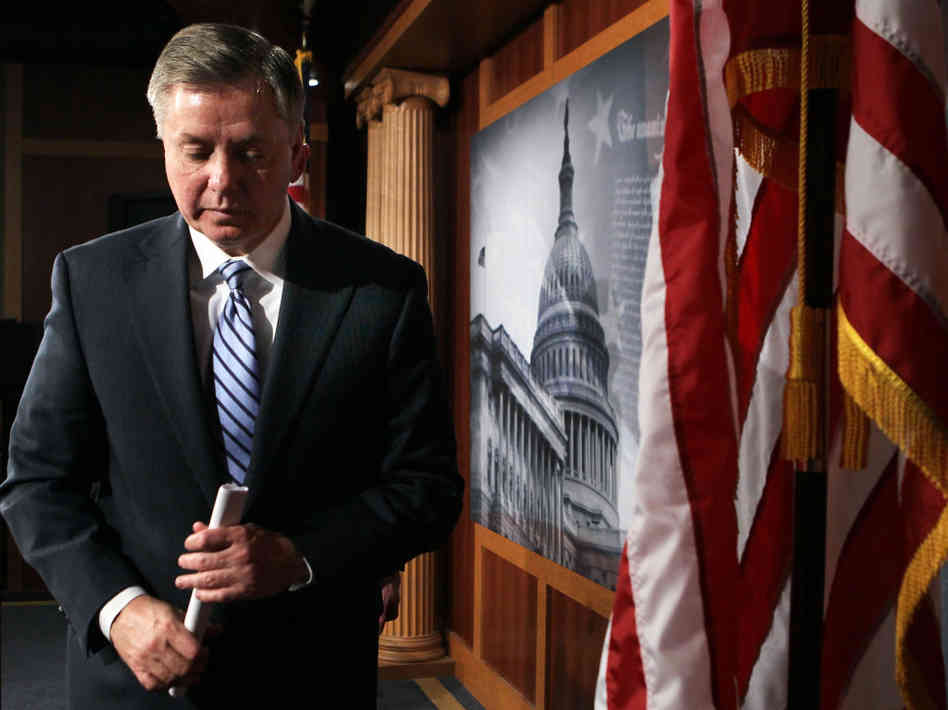 Greenville County (S.C.) Republicans have introduced a resolution condemning liberal U.S. Sen. Lindsey Graham for acting in a manner “fundamentally inconsistent with the principles of the South Carolina Republican Party.”

The resolution – introduced to a cheering crowd earlier this week at a GOP executive committee meeting – blasts Graham on a number of fronts, including his votes to confirm liberal, pro-Obamacare Supreme Court justices Sonia Sotomayor and Elena Kagan, his support of amnesty for illegal aliens and his backing of U.S. President Barack Obama’s “cap and trade” energy tax hike.

In fact the document lists nearly thirty examples of Graham’s treachery, concluding he “should be replaced as Senator for the State of South Carolina at the earliest possible electoral opportunity.”

We concur … wholeheartedly. Although we’d put Graham’s wholesale support for the Obama administration’s domestic spying initiative is at the top of the list of reasons to replace him. This document lists Graham’s “cavalier attitude … toward Americans’ right to privacy” at No.4.

Anyway, to view the Greenville GOP resolution in its entirety, click the link below …