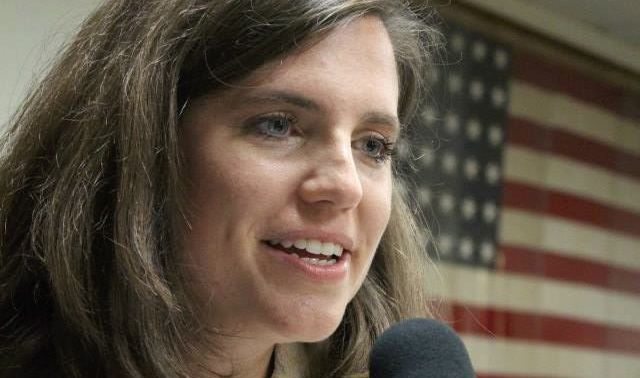 U.S. Senate hopeful Nancy Mace is under fire for a social media message implying that her opponent in next year’s GOP primary race is a lil’ light in the loafers.

Mace retweeted Steel’s message to her 6,500+ followers – but within ten minutes she deleted it from her timeline. Still, the message was saved by the Sunlight Foundation’s Politwoops – which tracks deleted tweets from politicians and political candidates. Within hours, national website The Politico was reporting on Mace’s tweet.

Graham’s sexual orientation has been the subject of considerable speculation for some time – despite his best efforts to put the kibosh on the conversation.

FITS readers aren’t buying it, though. According to a recent poll, 73 percent said they thought Graham was gay compared to just 27 percent who believed he was straight.

As we’ve noted on numerous occasions, Graham’s sexuality is of little interest to us.

“He can smoke pole all day, every day as far as we’re concerned … it doesn’t change the fact that he’s a fiscal liberal and neocon warmonger,” we wrote not long ago. “His personal life … whatever … it’s his fellating of big government and our nation’s military-industrial complex that keeps us from supporting him.”

Mace did not immediately respond to our request for comment regarding her decision to send – and then remove – the “nancy boy” message.