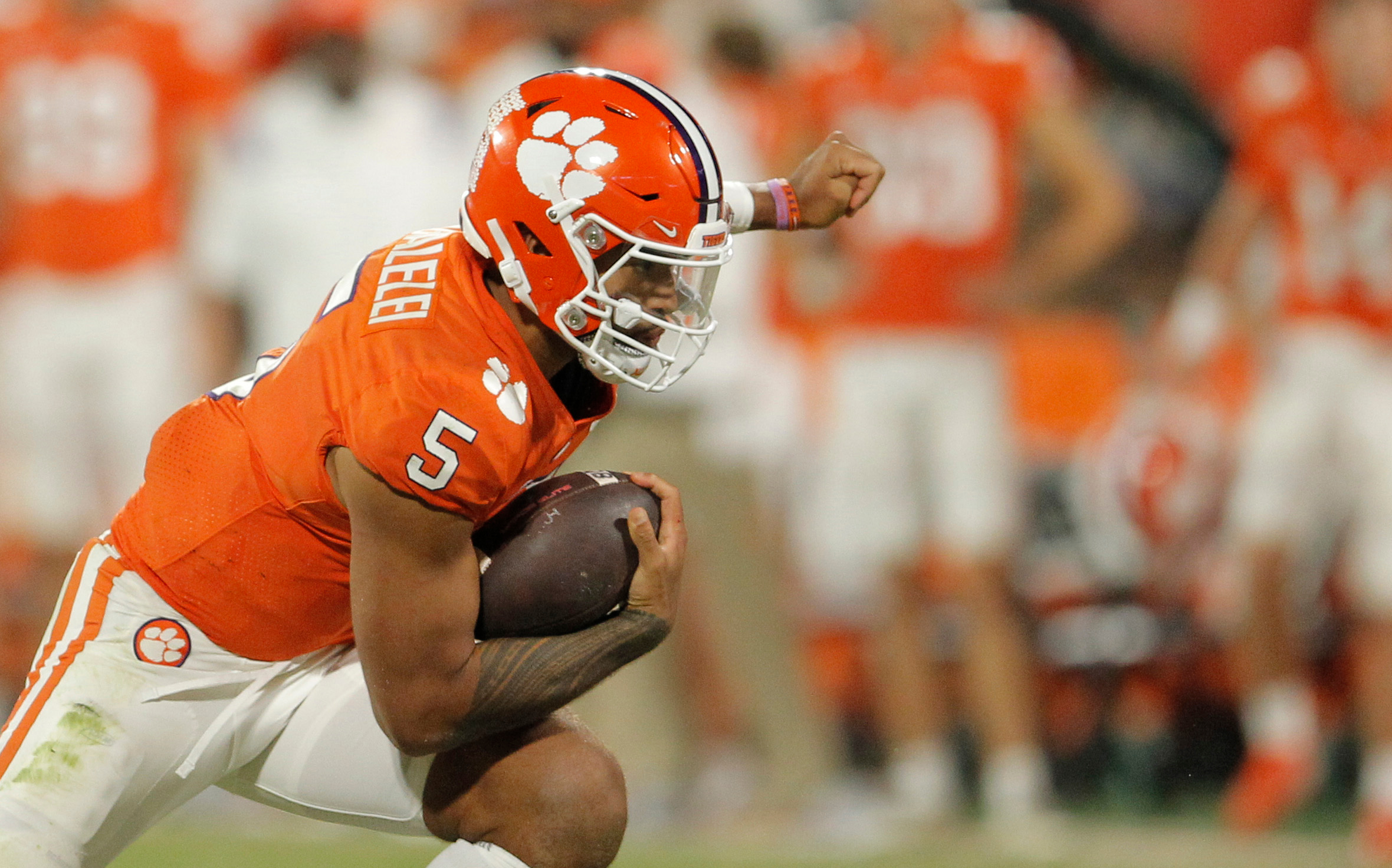 The University of South Carolina football team is doing some serious clucking after playing its best football game in at least a decade Saturday night at Williams-Brice Stadium in downtown Columbia, S.C.

South Carolina’s 63-38 humiliation of No. 5 Tennessee was one for the ages … and well worth the $100,000 fine the school incurred from the Southeastern Conference (SEC) after fans stormed the field to celebrate the victory.

The last time the Gamecocks (7-4, 4-4 SEC) looked that good on a football field?

This author would say you probably have to go back to at least October 6, 2012 – when then-No. 6 South Carolina mauled fifth-ranked Georgia en route to the second of its three straight 11-win seasons under former head coach Steve Spurrier. That victory – in front of a record crowd of 85,199 fans – propelled the Gamecocks to their second-highest national ranking ever.

Sadly, trips to the Top 25 have proven much harder to come by for the program lately … although a road win against their arch-rival Clemson would certainly do the trick.

Is that in the cards for second-year head coach Shane Beamer’s squad?

Not according to the odds makers in Vegas. South Carolina opened on Sunday evening as a 14.5-point underdog on the road against the Tigers (10-1, 8-0 ACC). Meanwhile, the ESPN matchup predictor is currently giving the Gamecocks an 11.1 percent chance of victory – although that is slightly better than the odds it gave them to upset the Volunteers last week.

Momentum is surging in Columbia after Saturday’s unexpected offensive explosion against Tennessee. Still, there is a lot of history (including a lot of recent history) working against Beamer’s team – which laid an absolute egg against the Tigers last year at home.

Of course, chickens laying eggs has been a theme of late in this “rivalry” – with South Carolina losing all but one of the last seven in a row to Clemson by more than 18 points (and three of those games by more than 30 points).

All told, Clemson enjoys a 72-42-4 edge in the series – and has won the last seven games in a row. With a victory on Saturday, head coach Dabo Swinney’s team would set a new record for consecutive victories in this series – a mark they probably would have hit already had the SEC not canceled all non-conference games in 2020 due to the Covid-19 pandemic.

In fairness to South Carolina, Clemson has been one of the nation’s elite programs during that stretch. Swinney’s team has a dozen consecutive 10-win seasons, two national titles, seven conference titles and six College Football Playoff (CFP) appearances to its credit.

That is the sort of consistency Beamer is looking to build at South Carolina – and his program took a huge step forward on Saturday against the Volunteers.

Can they pull off an even bigger upset on the road against their arch-rival? Vote in our poll and post your thoughts in our always engaging comments section below …

Who will win Saturday's Palmetto Bowl between South Carolina and Clemson?