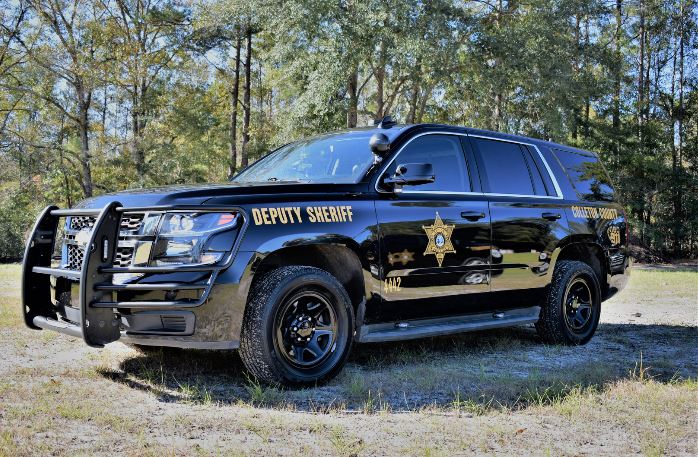 A firearm was found in a parked vehicle outside Colleton County High School in Walterboro, South Carolina on Monday, according to a statement issued by the county school district.

This news outlet has obtained video footage posted to social media on Monday which depicts part of the incident alleged to have taken place at the school.

According to school safety and security coordinator Wesley McNeely, he witnessed part of the melee and headed toward the violence in an effort to help restore order.

“The school resource officer and other law enforcement officers separated the participants and I was assisting in removing students to locations until we could get everything calmed down again,” McNeely said.

As you can see in the clip below, deputies with the Colleton County sheriff’s office were very much in the middle of this altercation – with one deputy getting thrown across the hallway.

According to a statement from the sheriff’s office, its deputies “intervened and broke up a student fight.”

“The fight started in front of law enforcement while meeting with the Colleton High School’s administration staff,” the statement continued. “Upon further investigation, Colleton investigators located a loaded handgun inside one of the student’s vehicles.”

According to McNeely, school officials had “other information about some of the participants” in the fight.

“We acted on that and the search of the parking lot was conducted,” McNeely added.

None of the students involved in the altercation have been identified by law enforcement and as of this writing it is unclear whether any charges have been filed. Assuming charges are filed, those would be handled by the now-notorious S.C. fourteenth judicial circuit and its embattled solicitor, Duffie Stone.

The sheriff’s office is continuing to investigate what transpired at the school and is asking anyone with information related to the incident to call 843-549-2211.

“It is a situation that we need to address as a whole community in order to right the ship so to speak,” he told me. “The stronger we can build the bond between the school district and the community the better everything will be.”

This news outlet has focused extensively on the issue of violence within South Carolina’s failing government-run schools this year. And in recent years.

Bottom line? It’s getting worse … all across the state.