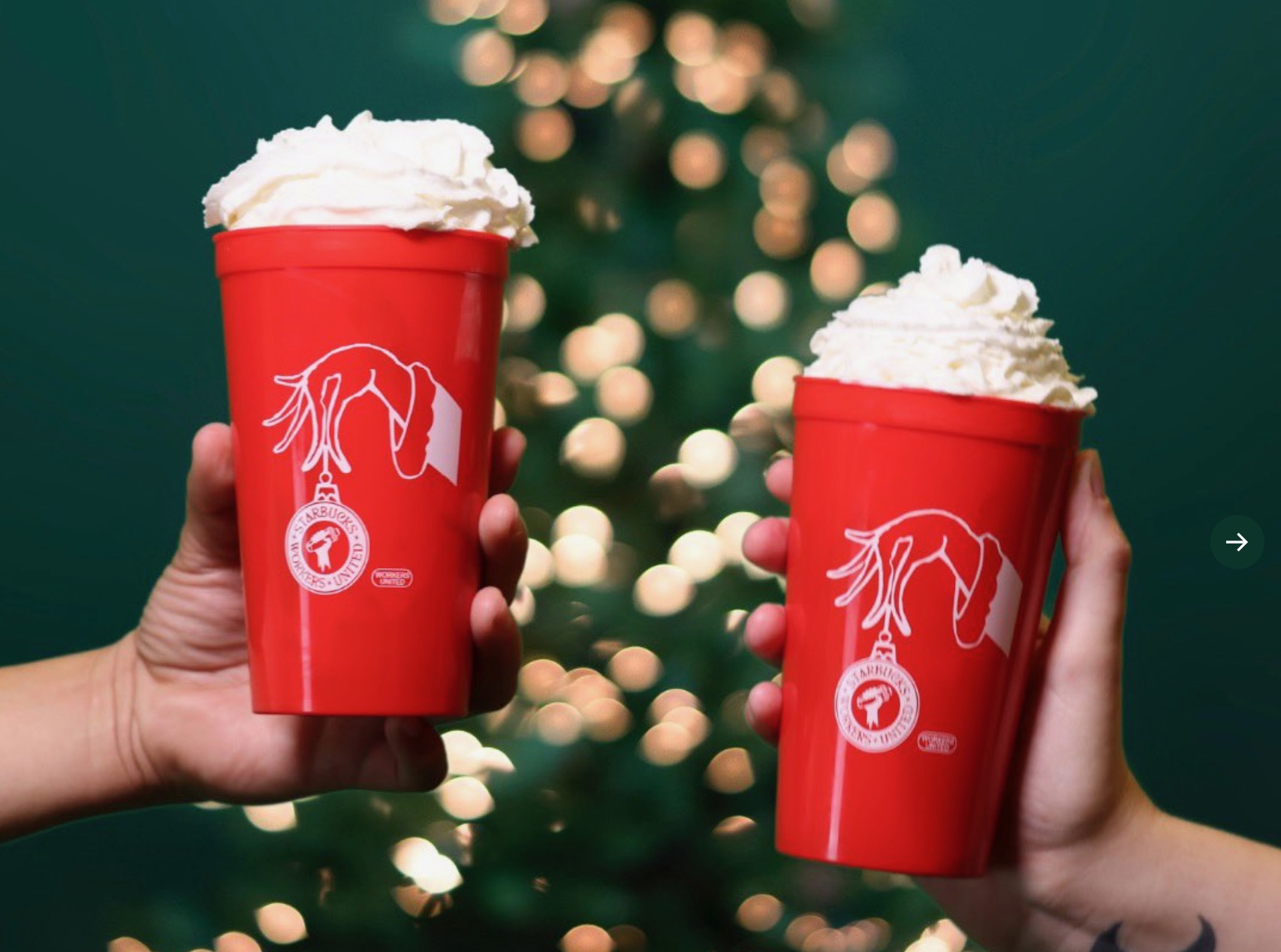 Last month, I reported on the unlikely fact that Starbucks’ baristas in South Carolina – the least unionized state in America – were on the front lines of a new national organized labor battle.

“After decades of membership declines (in the private sector, anyway) unions finally appear to have the political winds at their backs – and some soft targets in their sights,” I noted, referring to the ‘woke’ corporation becoming a focus of the evolving labor union fight in this country.

That fight is now spreading …

As Paul Blest recently reported for Vice, the baristas’ activism has “resonated across the U.S. labor movement, with Starbucks stores driving a substantial spike in union filings, and other food and retail giants such as REI, Trader Joe’s, and Apple now facing unionization campaigns of their own.”

This month, the nationwide campaign targeting the Seattle-based mega-chain is ramping up in intensity as the Starbucks Workers United union is launching its “Red Cup Rebellion” campaign.

According to a news release from the Philadelphia-based organization, hundreds of unionized workers across the country will serve coffee to customers in “red Starbucks Workers United union cups” on Thursday (November 17, 2022) as opposed to the traditional “branded Starbucks cups.”

The campaign – billed as “the biggest coordinated national action” taken by this union – comes in response to Starbucks’ alleged “union-busting tactics and refusal to bargain.”

“The holiday season is supposed to be one of cheer, goodwill towards others, and kindness, but for Starbucks workers, it’s just another day of withstanding the corporation’s attempt to bully a union effort out of existence,” a release from the organized labor group noted. “Starbucks’ continuous and lawless union busting has cast doubt on the future of the American labor movement. If Starbucks can break the law to stamp out their workers’ unionization efforts, they could be writing the playbook for countless other companies to follow.”

Striking baristas recently received a huge assist from the National Labor Relations Board (NLRB), which asked a federal judge in Michigan to impose a “nationwide cease-and-desist” order against Starbucks.

“Given the number and pattern of Starbucks’ unfair labor practices here and elsewhere, particularly discharges, a nationwide cease-and-desist order is necessary to halt Starbucks’ systemic campaign of retaliation,” the agency noted in a memorandum submitted in the Michigan case.

According to Blest, the NLRB’s action marked “a significant escalation in the labor board’s attempts to rein in Starbucks’ alleged union-busting.”

As I previously reported, Starbucks’ unionization campaign in South Carolina is likely to have the full-throated support of the local media – which is marching in solidarity with these baristas and others in the ostensibly oppressed proletariat.

Union membership declined in the United States in 2021, according to data (.pdf) from the U.S. Bureau of Labor Statistics (BLS). Approximately 14 million (or 10.3 percent) of U.S. workers were unionized last year. As has been the case for years, unions are surviving thanks to accommodating governments. A whopping 33.9 percent of public sector workers were unionized in 2021 – well above the private sector reading of 6.1 percent.

As noted, South Carolina had the lowest unionization rate in America last year – with only 1.7 percent of the state’s workforce represented by organized labor.