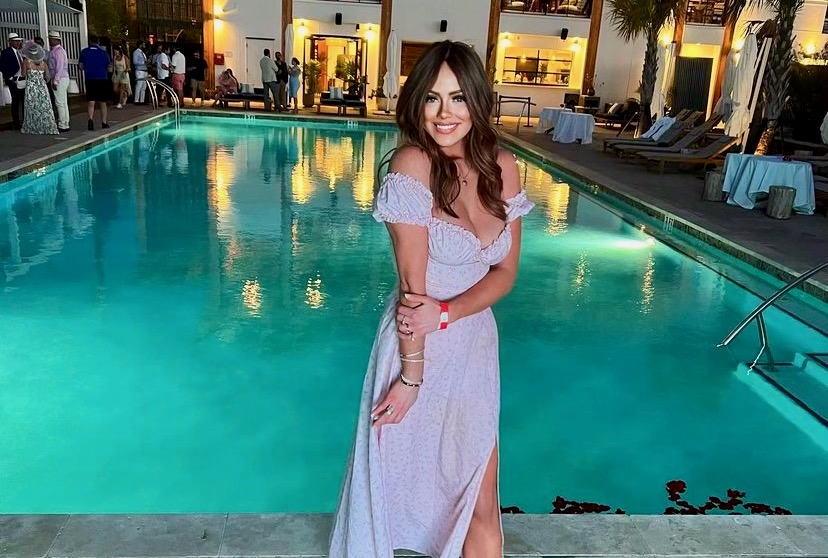 On the hit Bravo TV reality series, Southern Charm, Palmetto State native Kathryn Calhoun Dennis is among a handful of cast members who have been around since the very first season.

This year, though, fans of the show have been asking where she is – and why has she seemingly been missing in action this season (particularly on episodes involving group trips). So far, the network hasn’t provided much of an explanation as to what is going on behind the scenes.

Last week, Bravo seemed to acknowledge Dennis had been on some sort of hiatus.

“Fans haven’t seen as much of Kathryn Dennis in Southern Charm season eight as they’re used to, but that changed this week,” the network noted.

Now in its eighth season, Southern Charm – which takes place mostly in Charleston, South Carolina – follows the lives of the rich and aspirational as they go about their (mostly) privileged lives. For Dennis, who was born into a family with lofty political names, life has been bumpy almost from the beginning of her time on the reality show, when she was thrust at the age of twenty into a relationship with disgraced politician Thomas Ravenel, who is 31 years her senior.

The combustible nature of the Dennis-Ravenel relationship fueled Southern Charm’s rise, but throughout the evolution of the show Dennis has also had a very public love/ hate relationship with the network and the show’s production company, Haymaker Productions.

This year, though, both sides have been mum as the curvy redhead has been seldom-seen on set.

Not long ago, our editorial staff received a clue as to a potential problem behind the scenes – specifically some photos and personal thoughts from a source on the set of the show that may lend some crucial context to Dennis’ absence.

In an interview with our source – who prefers to remain anonymous but works in production for the show – it was alleged Dennis showed up to do some filming for season eight with a visible black eye and swollen jaw. On set that same day was a male member of the cast who saw the injury – but continued to work with Dennis without making any comment.

The source asked Dennis what happened, but she reportedly stated she was “not allowed” to talk about it. They said the reality star wouldn’t say if she’d had an accident or been assaulted.

Here are the images we were provided …

Dennis declined to discuss the images – or the injuries – but confirmed their authenticity and did not object to their publication.

The first time the network noticed the injuries, Dennis had done her own makeup prior to filming a scene for the show with one of the cast members and his girlfriend.

“It’s normal for Kathryn to do her own makeup for daytime shoots, but for this shoot with the couple, she had on an unusual amount of foundation in an effort to cover the area around her eye,” the production source noted. “It was noticed by production and her management.”

That prompted an on-set meeting between Dennis and one of the show’s producers.

When asked about this conversation, the source said it took place in a car with the doors closed and windows rolled up.

“I couldn’t hear what was said, but Kathryn was tearing up during and after the conversation,” the source said.

Days later, our source indicated NBC (which owns Bravo) was conducting an investigation into whether they had any “liability” related to Dennis’ injuries.

Again, Dennis’ initial response to inquiries about the images – and the eyewitness account of what allegedly transpired on set – was “no comment.” Her reticence was surprising considering FITSNews’ Will Folks has long enjoyed a warm relationship with the model-turned-reality star – and considering she has always been much more candid with him than with other media outlets.

The zipped lips didn’t last long, though. Dennis told us she “couldn’t” talk about the photos, but she would comment on her absence from blocks of time on Southern Charm, calling the situation “disappointing.”

On the September 15, 2022 episode of Southern Charm, cast member Shep Rose and his sometimes girlfriend Taylor Ann Green planned a group trip to St. Simon’s Island. During this episode, Rose mentioned Dennis wouldn’t be joining the group because she “has the kids” – a reference to Kensington Calhoun and St. Julien Rembert Ravenel, her two children with former cast member Thomas Ravenel.

Dennis and Ravenel continue to have an explosive relationship, battling in court for custody of their two children. The former politician recently called Bravo “corrupt” in a PageSix article.

The network dismissed Ravenel in 2018 following his arrest on assault charges.


According to Dennis, this statement Rose made about her not being able to join the cast on St. Simon’s was false.

“I didn’t have the kids, and they knew it,” she said. “I was just cut out of shooting for that period of time.”

Dennis said the way she was treated by the network was upsetting – and unsettling.

“I wanted to film,” she said. “I wanted to take the trip to Auldbrass and St. Simon’s Island, but I wasn’t included by production.”

The reunion for the current season of Southern Charm will air on Bravo in October, a gathering we are told will be highly “volatile.” Several cast members of the reality series – and Kathryn Dennis’ management team – were contacted for this article, but no one was willing to comment.

Amy Feinstein is a native of Baltimore, Maryland, and has been writing professionally for more than thirty years. She has a degree in English literature and a degree in British history. Amy enjoys writing about entertainment, sports, lifestyle, television and movies. When not at the computer, Amy can be found in the garden or at yoga class. She is currently living abroad.