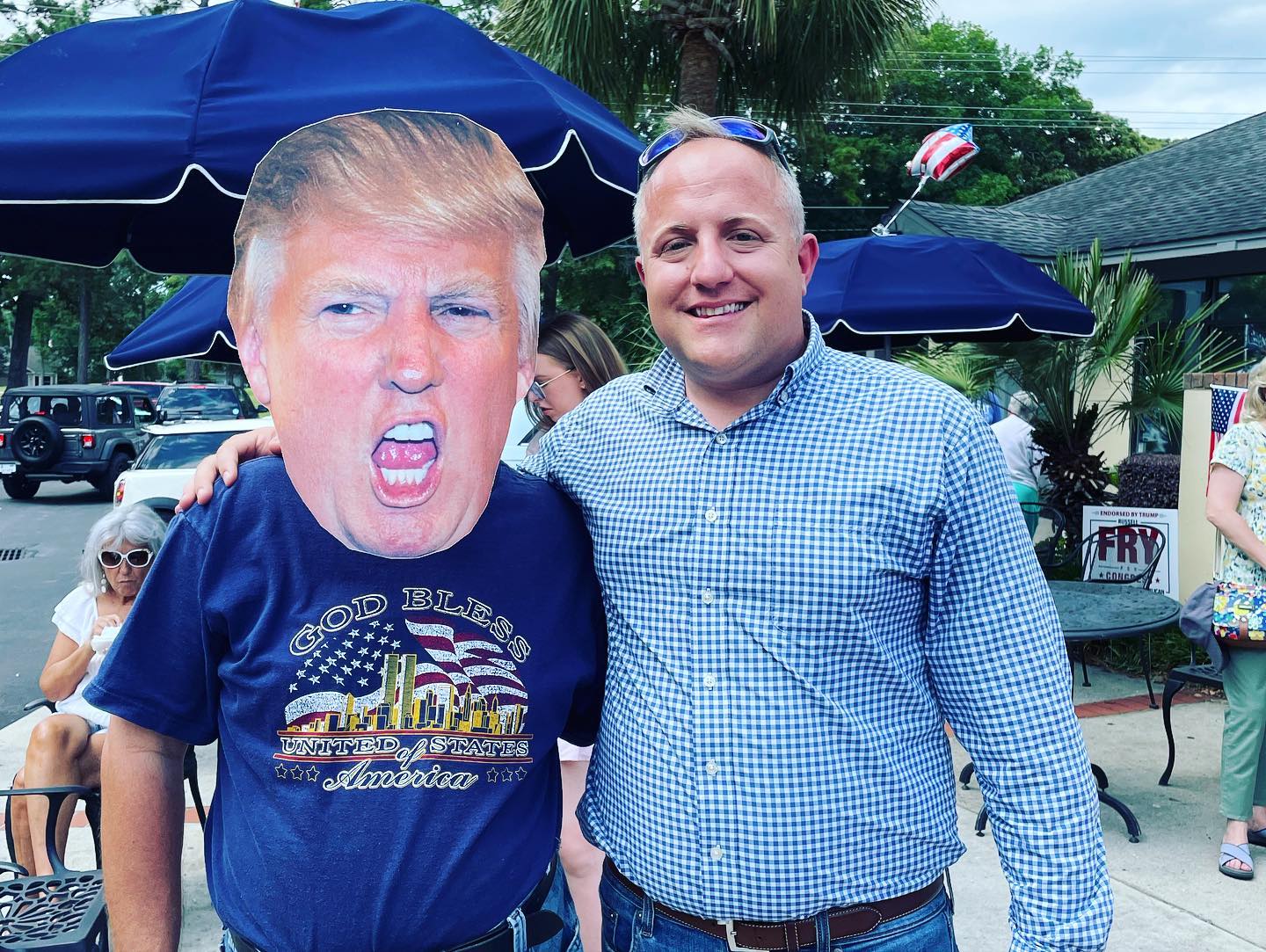 It just happened two weeks earlier than anyone expected …

Buoyed by the endorsement of former U.S. president Donald Trump – who won this district overwhelmingly in 2016 and 2020 – Fry finished well ahead of the field in this seven-candidate race.

That much was expected based on recent internal and external polling.

What wasn’t expected? That Fry would secure a majority of ballots cast on Tuesday evening – thus capturing the nomination without having to face Rice in a runoff election in two weeks time.

In South Carolina partisan primary elections, if no candidate receives a majority of votes on the first ballot then the top two candidates face off against each other two weeks later.

“This was a huge night for Republicans and a terrific turnout of conservative voters!” Fry said in a statement. “I am so proud of our campaign and the support we received from all over this district. First, let me thank President Trump for his endorsement and his strong support in this race. I also want to publicly thank all the other Republican candidates for running such spirited campaigns and ask them to come together now and join me in helping take Congress back for a Republican majority this fall.”

Based on the current trajectory of the midterm elections, that shouldn’t be a problem for the GOP …

Rice’s fate was sealed when he joined nine other GOP lawmakers in voting to impeach Trump last January for his alleged role in inciting the rioting at the U.S. Capitol building. Rice and his wife doubled down on that vote, too – further stoking the MAGA rage.

While Trump toasted Rice’s defeat, not everything went his way in South Carolina. Arguably his top target for defeat, Nancy Mace, successfully beat back a ferocious challenge from Katie Arrington – who received the former president’s endorsement.