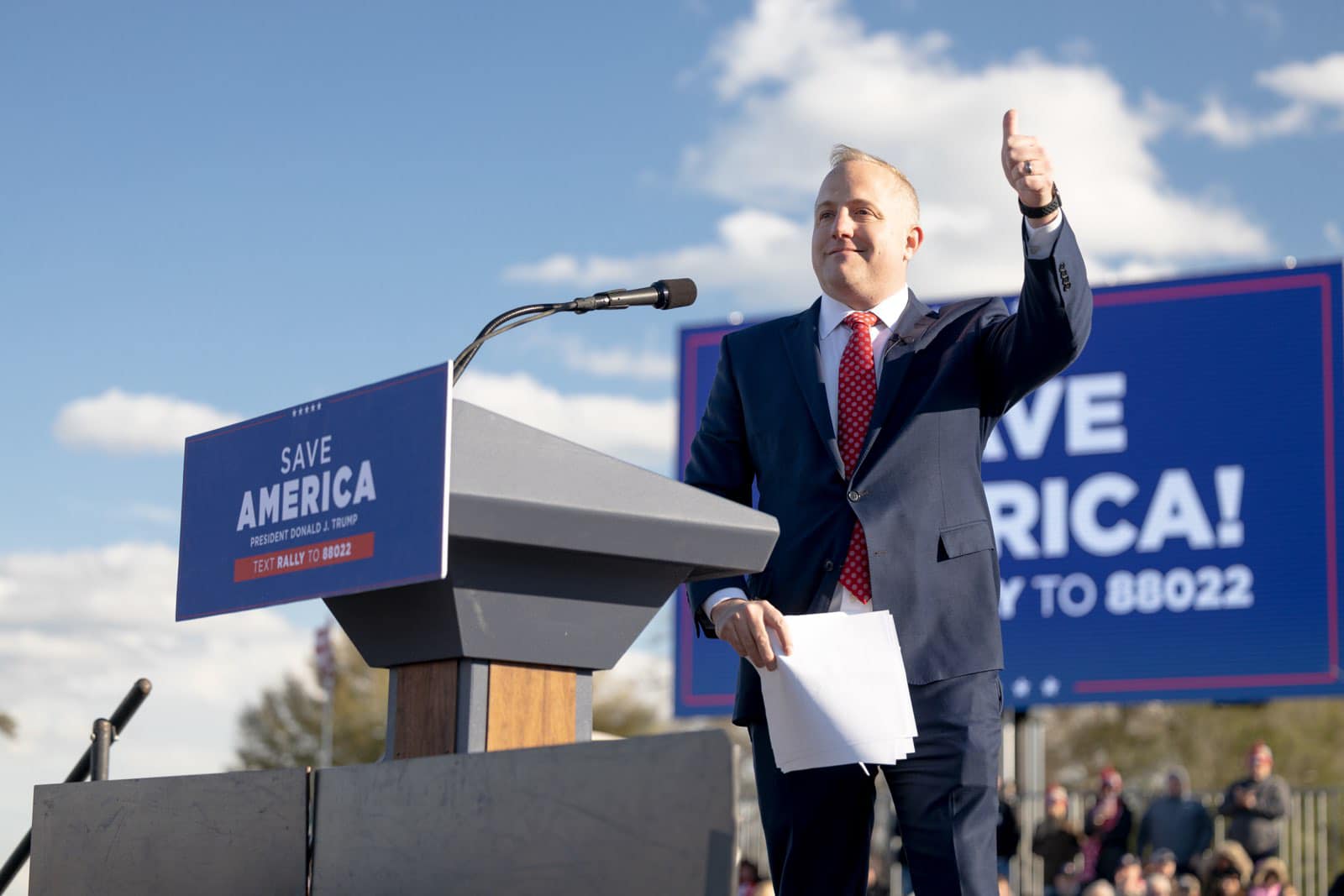 South Carolina House majority whip Russell Fry is touting the results of a new(-ish) poll showing him with a significant lead over incumbent U.S. congressman Tom Rice in the race for the Palmetto State’s seventh congressional district.

Rice, readers will recall, was one of the ten GOP lawmakers who voted to impeach former president Donald Trump last January for the latter’s alleged role in inciting the rioting at the U.S. Capitol building. He – and his wife – have since doubled down on that vote.

Meanwhile, Trump has endorsed Fry – and recently attended a rally in Florence, S.C. on his behalf. This is one of two congressional races in South Carolina where the former president is putting his thumb on the scale in an effort to solidify his hold over the party.

Anyway, according to Fry’s poll, a “strong plurality” of GOP primary voters in the seventh district – 38.9 percent, to be precise – support his candidacy. Only 22.8 percent support Rice, who is seeking a sixth term in our nation’s capital.

News of Fry’s poll was first reported earlier this week by Naomi Lim of The Washington Examiner.

(Via: Russell Fry for Congress)

While Fry touted his lead, the memo – which doubled as a fundraising appeal – cited “multiple threats to our lead and potential victory.”

“Rice’s campaign and his aggressive Super PAC are running relentlessly negative advertising that falsely portrays (Fry’s) record,” the memo noted. “Hopefully, our supporters will see through this desperate effort.”

The problem with that statement is that some of Rice’s criticisms about Fry’s voting record are demonstrably true.

Fry did miss a ton of votes in the S.C. General Assembly … and some of the votes he didn’t miss were absolutely terrible ones in my estimation (including a 2017 vote in support of a massive gas tax).

So far, though, Rice’s broadsides against Fry do not appear to be having their intended effect. Assuming these poll numbers are legit – and assuming they hold – Fry appears to be a lock to finish in one of the top two spots when primary ballots are counted on June 14, 2022.

Which means he would be a lock to be the next U.S. congressman from South Carolina’s seventh district …

In South Carolina, if no candidate receives more than fifty percent of the ballots in a primary election, a head-to-head runoff is held two weeks later between the top two vote-getters.


As I have repeatedly stated, I do not have a dog in this fight. Both of the top two candidates in this race are incredibly weak on the tax-and-spending issues that matter to me (and which I believe should matter to all voters during these trying economic times).

Why would seventh district voters replace one status quo politician with another?

Bottom line? While I cannot vouch for the accuracy of Fry’s polling data it seems consistent with the conventional wisdom in this race, which holds that he Rice are headed for a runoff on June 28 – an election Rice has zero chance of winning.

BANNER VIA: Russell Fry for Congress