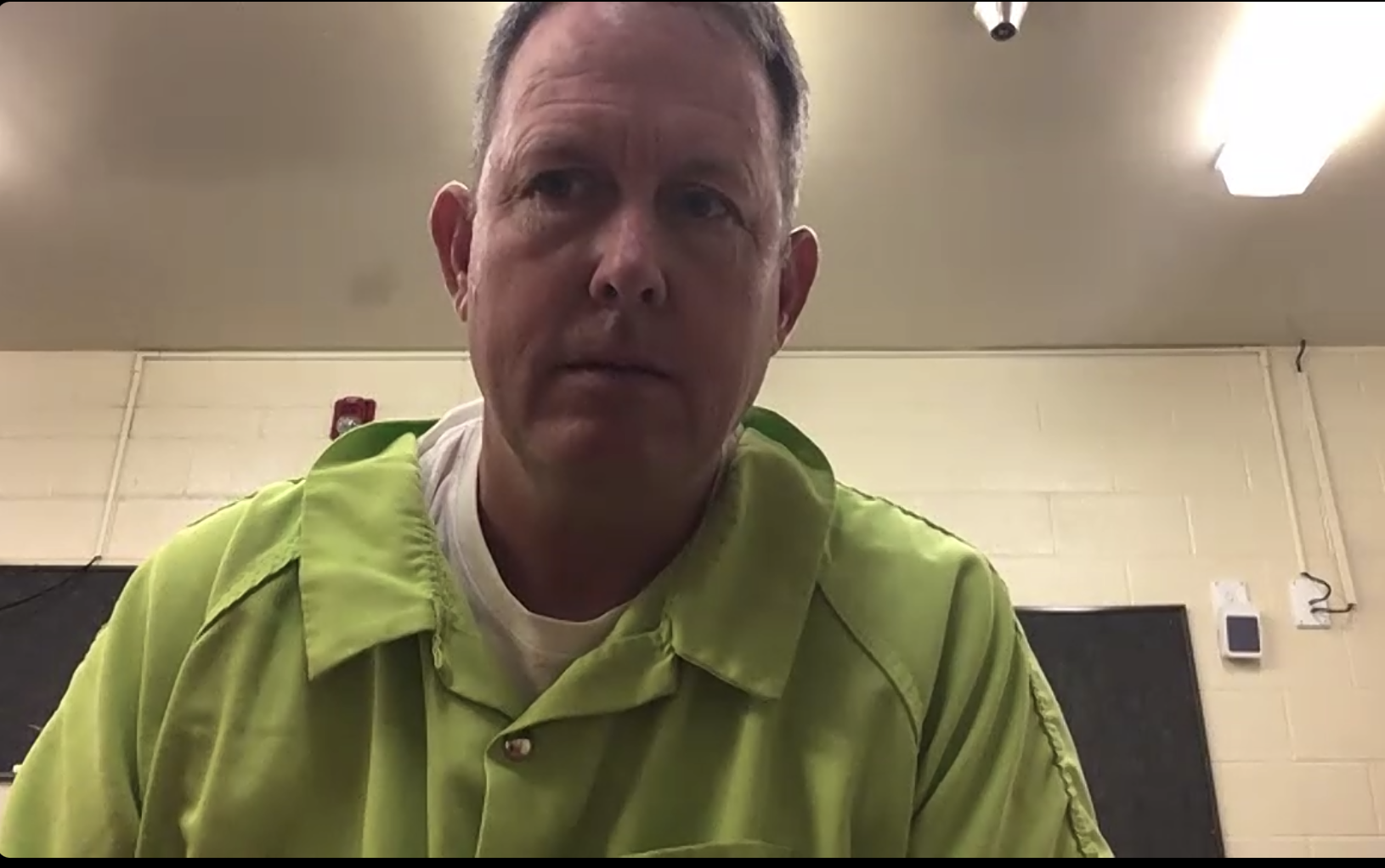 By LIZ FARRELL and MANDY MATNEY

Judge Alison Lee, who presides over the state grand jury, set bond Friday morning at $1 million including house arrest for the second alleged co-conspirator to be indicted in Alex Murdaugh’s financial schemes.

Per the conditions of his bond, he will be required to surrender his passport and will be electronically monitored while under house arrest. He is barred from conducting bank business and even having conversations about banking matters with family members.


Waters said Laffitte “happily” helped Murdaugh convert settlement money to personal use and allowed “off-the-books” loans to be made at unusually low interest rates to Murdaugh from the accounts of two young children who were the victims of a car wreck.

Laffitte’s attorneys Bart Daniels and Matt Austin told Lee that their client had “cooperated” with law enforcement, but Waters disputed this notion.

“Mr. Laffitte has given statements, and I’ll just leave it at that,” Waters told the court.

Daniels and Austin contested his characterization of Laffitte’s cooperation, noting that Laffitte had voluntarily met with investigators at the bank and had handed over checks, statements and other records to help them.

Waters did not allow this to stand and told the judge that there is a difference between volunteering documents and assisting in an investigation.

“My distinction between ‘cooperation’ and ‘statements’ has to do with content. And I will leave it at that,” Waters said.

Laffitte’s attorneys told the court that their client had only ever lived in South Carolina, was not a flight risk and in no way violent.

His only potential victim, Austin said, would be turkeys.

“Mr. Laffitte likes to hunt and there may be some danger to local turkeys, but there’s no indication that he is a danger to anybody else or evidence that he was doing anything that’s physically violent.”

Attorney state Rep. Justin Bamberg gave a statement on behalf of clients Pamela Pinckney and Natarsha Thomas, who were victims of the alleged scheme.

“It’s not as simple as a white collar crime,” Bamberg told Lee. “The callousness that was displayed is indicative of the risk of danger to the community.”

Bamberg also noted that days ago, Laffitte was out turkey hunting.

Like Murdaugh, Laffitte comes from a long line of influential Hampton County residents. For generations his family has owned Palmetto State Bank. Laffitte became CEO of the bank in July 2020 after his father, Charlie Laffitte Jr. retired.

In his role as banker, Laffitte served as personal representative and conservator for clients represented by Murdaugh. Both roles put Laffitte in positions of power over clients’ large settlements, granting Murdaughs access to money he ordinarily would not have.

Though Laffitte served as a fiduciary — someone entrusted and obligated to act in clients’ best interests — he stands accused of using settlement money to give himself and Murdaugh loans.

The three indictments against Laffitte — as well as for Murdaugh and suspended Beaufort attorney Cory Fleming — were unsealed earlier this week.

The announcement came three weeks after Laffitte put his Varnville house on the market and ends months of speculation about whether he would face any consequences for apparently exploiting his role at the bank to assist Murdaugh in alleged schemes for more than a decade.

During Friday’s hearing, both Bamberg and Waters noted Laffitte had put his house up for sale, an indication he might not be staying in the area — something they wanted the judge to consider in setting bond.

Austin interrupted Lee as she was discussing her thoughts on Laffitte’s bond to tell her that Laffitte put his house on the market in anticipation of paying restitution to his alleged victims.

Bamberg made it abundantly clear he would be holding Laffitte to that promise.

“I said yesterday that white collar crime is just as serious as other crimes,” Bamberg said, referring to a press briefing he held in Columbia. “Today proves it. And we are glad to hear that Mr. Laffitte was intending to sell property to pay the victims, so the victims look forward to Mr. Laffitte sharing the wealth in his attempt to right these wrongs.”

Just a few hours before the virtual hearing was set to start at 10:00 a.m. EDT on Friday morning, Laffitte turned himself in to law enforcement at the Kershaw County detention center. It is unclear why Laffitte was detained in Kershaw County, which is about thirty minutes from Richland County Courthouse.

Murdaugh, who now faces a total of 82 charges, has been jailed at the Richland County detention center since October 2021.

The first superseding indictment charges Laffitte, 51, and Fleming, 53, with one count of criminal conspiracy for allegedly working with 53-year-old Murdaugh to steal $350,245.08 from Natarsha Thomas’ trust.

Murdaugh is accused of convincing Pamela Pinckney that she needed to hire Fleming — who is Murdaugh’s best friend and godfather to his son Buster — when they sued a tire company for the 2009 car accident that left Hakeem paralyzed from the neck down.

The same Murdaugh-Fleming pairing has been employed multiple times over the years — including in the Satterfield case and after the 2019 boat crash involving Murdaugh’s son Paul.

The second superseding indictment accuses Murdaugh and Laffitte of stealing $309,581 from the estate of Hakeem Pinckney on December 21, 2011, just months after Hakeem died and days before the Pinckney family’s first Christmas without Hakeem.

The money was allegedly stolen to pay back loans the two had taken from another client of Murdaugh, for whom Laffitte served as conservator.

Murdaugh and Fleming are also charged with criminal conspiracy “for allegedly conspiring to surreptitiously misappropriate to Murdaugh $89,133.44 in funds Fleming held in trust as attorney for Pamela Pinckney,” according to the attorney general’s office.

The second superseding indictment also accuses Fleming of using $8,078 from Pamela Pinckney’s trust to take himself, Murdaugh and another attorney on a private jet for the 2012 College World Series in Omaha, Nebraska.

According to the second indictment, Fleming is accused of “misappropriating to Murdaugh $4,560 in funds Fleming held in trust as attorney for Pamela Pinckney, under the false and fictitious guise of unspecific case expenses.”

Murdaugh is charged with two counts of breach of trust with fraudulent intent and two counts of computer crimes for Hakeem Pinckney’s case.

The money stolen from the Pinckney family was supposed to go toward massive medical bills they endured after two years of Hakeem breathing through a ventilator.

According to Bamberg, Pamela Pinckney endured over 10 surgeries to fix her leg injuries and Natarsha Thomas is blind in one eye from the 2009 crash.

“That’s blood money is what it is. Hakeem Pinckney, Pamela Pinckney and Natarsha Pinckney bled to receive that compensation,” Bamberg told FITSNews this week.

The third superseding indictment charges Murdaugh and Laffitte of conspiring to steal $1,325,000 in funds controlled by Laffitte at Palmetto State Bank in Allendale County on behalf of Arthur Badger, whose wife was killed in a 2011 vehicle crash.

The funds were stolen “to allow Murdaugh to pay back loans Laffitte had issued to him from client funds in an unrelated case in which Laffitte served as a fiduciary.”

The final indictment charges Laffitte as “an aider and abettor” to Murdaugh in 12 breach of trust counts in the Allendale case.

“In his role as a bank executive, Laffitte intentionally enabled Murdaugh to conduct transactions to further Murdaugh’s schemes that should have never been conducted,” the indictment read.