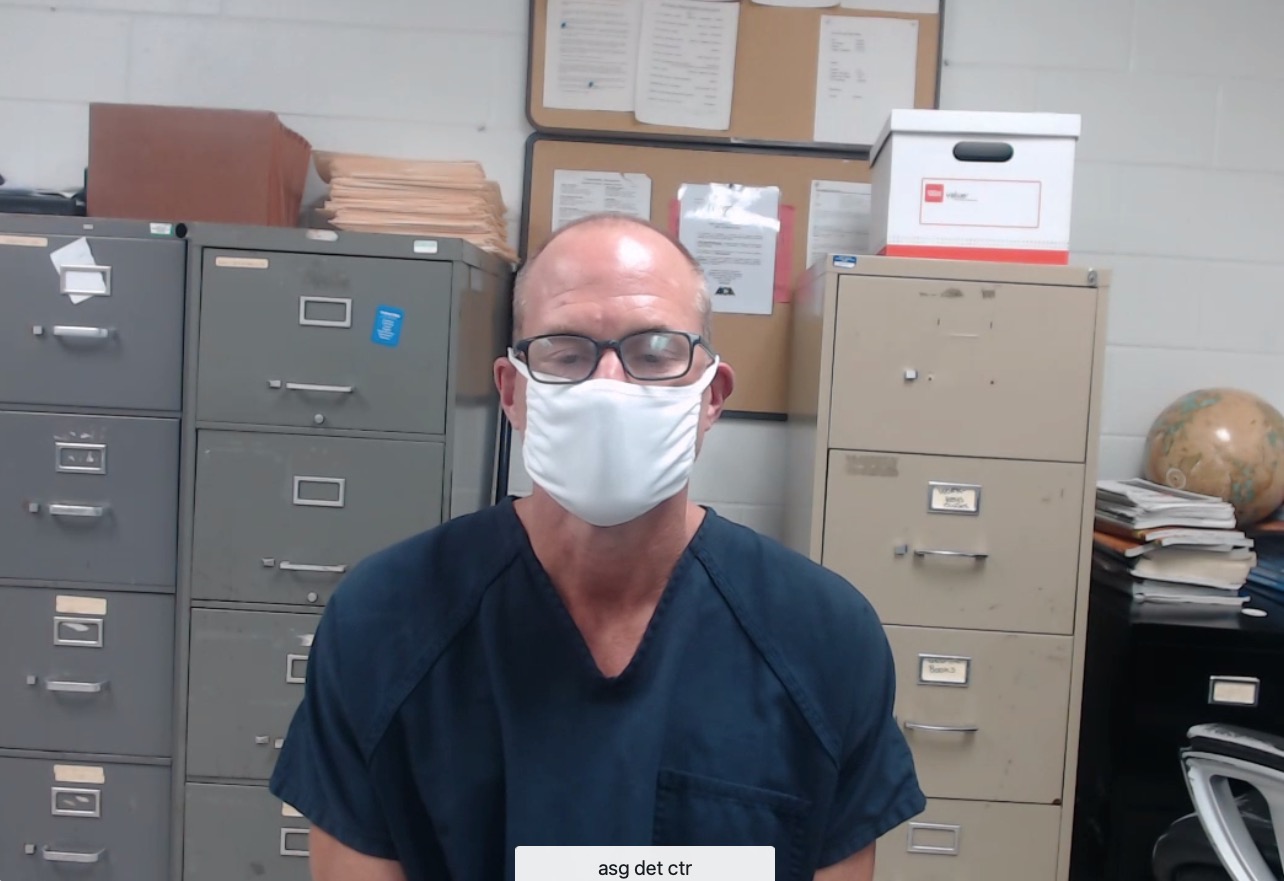 By MANDY MATNEY, WILL FOLKS and LIZ FARRELL

Judge Alison Lee, who presides over the state grand jury, set bond Thursday morning at $100,000 surety bond — with the ability to pay 10 percent — for the first alleged co-conspirator to be indicted in Alex Murdaugh’s financial schemes.

Suspended Beaufort attorney Cory Fleming — Murdaugh’s best friend and the godfather of his oldest son, Buster — was indicted last week on 18 counts for his alleged role in the theft of $4.3 million from the family of the woman who helped raise Murdaugh’s two sons.

Prosecutor Creighton Waters from the South Carolina Attorney’s General Office, told Lee about the allegations against Fleming, noting that at the time of the alleged thefts Fleming was facing severe financial problems and had very little money in his account.

Waters also said that “Fleming has not in anyway cooperated with this investigation.”

But Waters was careful to point out that “Cory Fleming and Alex Murdaugh are two different people.”

Fleming attended the hearing via live feed from the Alvin S. Glenn Detention Center in Columbia, where he was booked early Thursday morning, one week after he was indicted and just hours before the hearing.


His wife, Eve, his parents and a cousin attended the hearing virtually and sat behind his attorney, Deborah Barbier.

Barbier, who said she had known Fleming for 30 years and was ”proud” to represent him, painted a picture of Fleming as an innocent man, a family man and a stellar member of the Beaufort County community.

“I can’t tell you how many people approach me every week to offer their support of Cory and that is throughout the state,” she said. “He has friends who have been extremely supportive, neighbors, the Beaufort community, the law enforcement community…. They know he’s not a criminal.”

She argued that her client deserved a personal recognizance bond.

Barbier argued that Fleming has “led an exemplary life” and has no criminal history. She said that if the hearing weren’t virtual, there would be a courtroom full of supporters on his side.

She also told the court that Fleming is a man of ”limited means” who made full restitution.

Barbier said that her client “has known about this investigation for six months” and “has cooperated in the production of documents.” She reminded the court that Fleming reimbursed the Satterfield family less than a month after a lawsuit was filed against him.

After Barbier spoke, Waters again addressed the court, disputing that Fleming was helpful to the investigation in any way. He said that Fleming only made restitution “after everything came to light and the writing was on the wall.”

In 2018, Fleming appears to have been hand-picked by Murdaugh to represent the surviving sons of Gloria Satterfield, who died after a trip and fall incident at his Moselle hunting property in Islandton.

“He is a personal embarrassment to our profession,” Satterfield attorney Eric Bland told the court Thursday morning.

Before announcing her decision, Lee also noted that the allegations against Fleming were a ”blemish” on the profession but emphasized that they were still allegations.

Waters too weighed in on the effects of Fleming’s alleged acts.

“I believe in the system … because of that belief in the system is why these allegations here are so important … because they go to the heart of the system,” Waters said. “And of course, people entrusted with power to act in any system can abuse it. And that’s allegedly what we have here — a corruption of the system”.

Waters asked for a bond of $25,000 per felony charge, which would have amounted to $450,000, as well as all the ”standard” conditions, such as relinquishing his passport and being barred from leaving the state.

Fleming must surrender his passport to the state and is barred from leaving South Carolina without express permission from the court.

A look at the Fleming-Murdaugh connection by FITSnews has revealed that the Satterfield case is one of many that Fleming is suspected of having been chosen to represent Murdaugh’s interests rather than those of his clients.

In the Satterfield scheme, Murdaugh and Fleming have been charged with criminal conspiracy “for conspiring to surreptitiously give Murdaugh a share of Fleming’s fee from the multimillion dollar settlement of civil claims against Murdaugh resulting from the death of Gloria Satterfield,” according to a Wednesday news release from South Carolina Attorney General Alan Wilson’s office.

In addition to the conspiracy charge, Fleming was charged with the following counts in the Satterfield scheme:

Fleming is accused of stealing $3,623,431.95 from Satterfield’s sons. He faces five more charges than Murdaugh for the Satterfield scheme.

All told, Murdaugh faces 75 charges in the alleged theft of $8,492,888.31, as well as three charges related to a roadside ”suicide for hire” scheme in September.

In the days after the 2019 boat crash, FITSNews news director Mandy Matney — who worked at The Island Packet at the time — discovered a single document in the Hampton County Public Index that indicated Alex Murdaugh was being sued by someone named Chad Westendorf in the death of Gloria Satterfield, and the case had settled for $505,000.

It would later become clear why.

At the time, not much else was known beyond the document, including who Gloria Satterfield was.

In a story about Paul Murdaugh’s legal history, Matney noted the case and Fleming’s relationship to the family.

“Cory Fleming represented the woman’s beneficiaries in this case. Fleming has many ties to the Murdaugh family, and spoke at Randolph Murdaugh’s Order of the Palmetto Ceremony last September. Fleming also represented Paul Murdaugh when he was charged with possession of alcohol two years ago when he was 18. (Read the full story here.)

Three days after the murders of Maggie and Paul Murdaugh, Matney published a report in FITSNews about the multiple suspicious deaths connected to the Murdaugh family, including Satterfield’s death.

After Alex Murdaugh’s messy roadside “suicide for hire plot,” the shocking and disturbing details about the Satterfield family’s settlement began to emerge.

What was believed at first to be a simple — but wholly unethical — conflict of interest in representation, turned out to be much worse than that.

And Bland, who hails from Philadelphia, came onto the scene like Rocky Balboa.

The Satterfield case went down hard in the first round and cracked wide open.

All that skeletons that Alex Murdaugh had crammed into his closet could now come out.

Bland discovered that not only was the family deceived into hiring Fleming, the settlement was actually for $4.3 million — not $505,000, which is what Fleming filed with the court — and the family received zero dollars and zero cents from it.

SLED opened an investigation into how that could be; within a month warrants were signed.

Murdaugh was arrested in Orlando, Florida, on Oct. 14 and booked into Richland County Detention Center in Columbia two days later. He has since been indicted on 71 additional counts of stealing from clients and others — nine of them for the Satterfield theft. He continues to be held on a $7 million bond.

In the meantime, it became more and more clear that the alleged scheme could not have been pulled off without the cooperation of Murdaugh’s friends.

Under every rock, there was a snake.