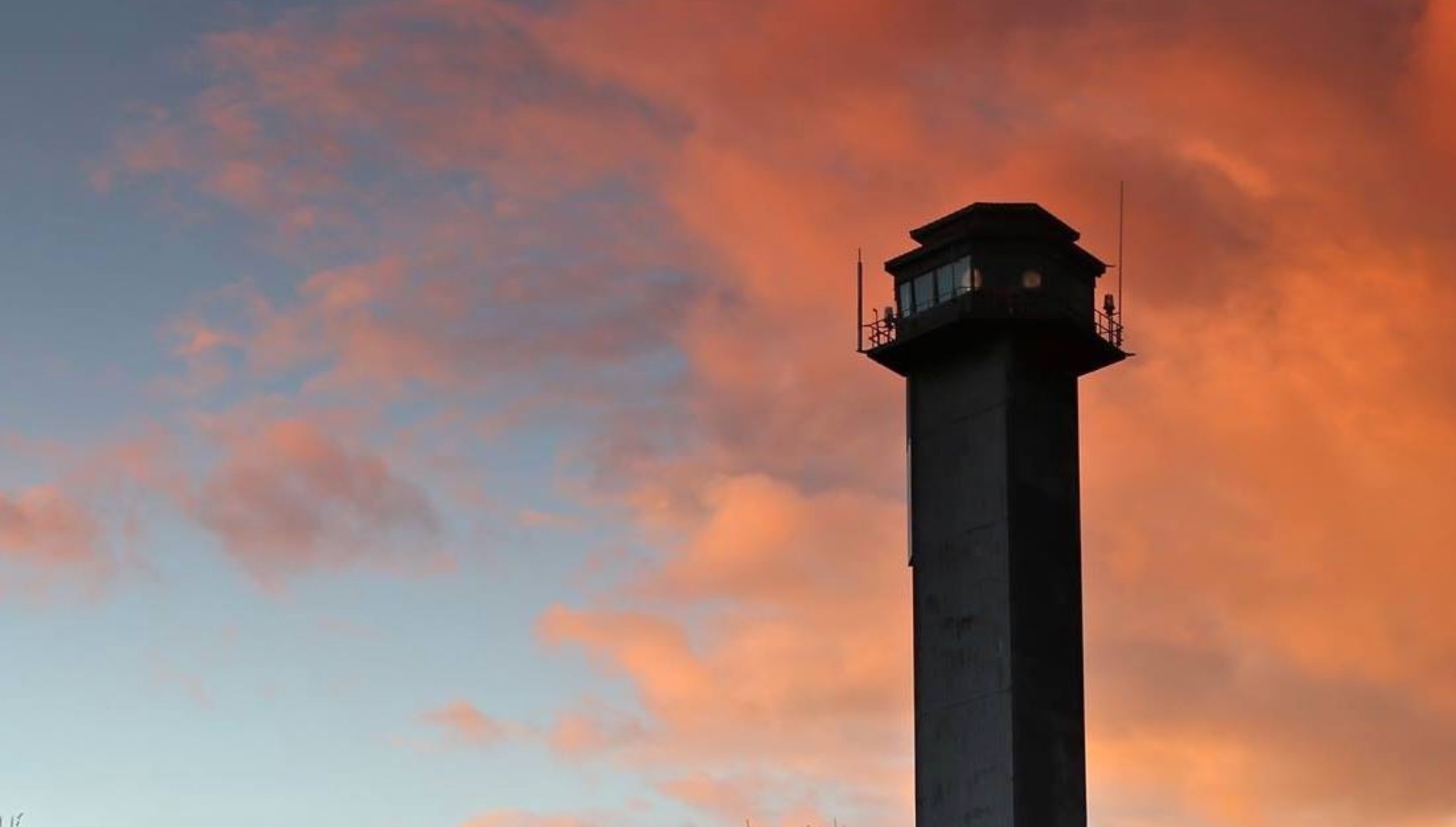 Sullivans Island, South Carolina police chief Chris Griffin – whose ongoing law enforcement soap opera has attracted statewide attention – is the focus of a new lawsuit alleging that he sent sexually explicit messages to two women without their consent. Also listed as a defendant in this recently filed complaint? The town of Sullivans Island – whose leaders have been accused of “negligent hiring, supervision, training and retention” related to Griffin’s continued employment by this affluent coastal municipality.

The lawsuit – filed on Wednesday (October 6, 2021) in the S.C. ninth judicial circuit – names two women as plaintiffs. One of the women was an employee of the S.C. Police Chiefs Association (SCPCA) at the time of the incidents referenced in the complaint, while the other was a volunteer for the S.C. Law Enforcement Officers Association (SCLEOA).

Both women are currently employed by SCLEOA, an organization comprised of “more than 7,000 officers representing every rank in municipal, county, state and federal law enforcement agencies.”

Both plaintiffs are identified by name in the complaint (.pdf), however this news outlet is honoring its longstanding tradition of not identifying alleged victims of sexually harassing behavior in our news coverage. However, both plaintiffs acknowledged the lawsuit filed on their behalf this week in Charleston, S.C. was part of the public record – and both authorized this news outlet to publish an un-redacted version of the pleading on our website.

The suit – which contains some graphic exhibits (.pdf) – centers around allegations which should be familiar to regular readers of this site. Specifically, the complaint stems from Griffin’s alleged bad behavior at the 2019 SCPCA convention in Myrtle Beach, S.C.

Readers will recall Griffin was permanently banned from SCPCA for “conduct unbecoming” a member of the organization after he was accused of sending “unsolicited sexually explicit text messages to two females in attendance” at the conference.

Both women filed complaints against Griffin (above), but an “internal investigation” by the town of Sullivans Island swept the scandal under the rug … which certainly seems to be the municipality’s custom when dealing with law enforcement leaders who engage in sexually inappropriate conduct.

According to the lawsuit, Griffin approached these two women at the Marriott Resort at Grand Dunes in Myrtle Beach as they were seated together at a vendor’s booth at the convention – laughing at a picture on one of the plaintiff’s cell phones. Griffin asked the women to send him the image – telling them he could “send them more images” if they “liked that stuff,” according to the complaint.

Upon being provided with the women’s cell phone numbers, Griffin proceeded to send both of them “almost twenty unanswered and unprompted messages,” all of which “were sexually explicit, racist, demeaning and inappropriate,” the complaint alleged.

Weirded out by the barrage of explicit messages, the women contacted the head of the SCPCA and “informed him how uncomfortable they felt” by Griffin’s behavior.

The very next day, Griffin’s membership with SCPCA was terminated. And within days, his conduct was reported to the town of Sullivans Island. However, the town “took no remedial or disciplinary action against Griffin whatsoever,” the complaint alleged.

According to the lawsuit, Sullivans Island “was aware, or should have been aware through plaintiffs’ complaints, news publicity and investigation of Griffin’s actions, that (he) was in the habit of misconducting himself in a manner dangerous, abusive and intimidating to others.”

Despite this knowledge, the town “failed to remediate or reasonably address” Griffin’s misconduct “in any way.”

As for Griffin himself, the suit alleged that he violated the two women’s right to privacy by “continually harassing (them) with sexually explicit, racist, demeaning, and inappropriate text messages” – communications which were “so persistent and repeated with such frequency that they were outrageous.”

Due to the alleged invasion of the plaintiffs’ privacy and Griffin’s alleged “intentional infliction” of emotional distress on the two women, the lawsuit is seeking “actual, compensatory, and punitive damages, costs, attorney’s fees, pre-judgment interest, and other damages as the evidence produce in discovery and at trial may show.”

“These texts are completely unacceptable for someone in a position of power, much less the police chief, to send to someone – but incredibly chief Griffin sent these to two women he just met,” said Pawleys Island, S.C. attorney Clay Hopkins, who is representing both plaintiffs. “This kind of abusive and improper conduct does not happen in a vacuum. Unfortunately, the town did what many organizations confronted with this pervasive problem do in the same situation – tried to sweep it under the rug and let it disappear. We do not intend on letting that happen any longer.”

Ordinarily, complaints alleging recklessness on the part of an employer can prove exceedingly difficult to substantiate. In Griffin’s case, however, this hurdle might not prove quite so high.

To recap: Then-lieutenant Griffin became Sullivans Island’s interim police chief four-and-a-half years ago after his predecessor, Danny Howard, abruptly resigned after more than two decades on the job. Prompting Howard’s resignation? An alleged extramarital affair with the spouse of one of his subordinates. In fact, a Freedom of Information Act (FOIA) request submitted in April 2017 by a local television reporter suggested Howard may have been caught on camera in a compromising “sexual situation at Town Hall/ police headquarters.”

Just prior to Howard’s resignation, Griffin’s then-wife – Kim Griffin – stepped down from her position with the town’s accounting department. A source familiar with the situation confirmed she was “pregnant with someone else’s baby” at the time she resigned.

After Howard resigned his position with the town on March 1, 2017, he petitioned the S.C. Department of Employment and Workforce (SCDEW) for the restoration of his taxpayer-provided benefits – which had been denied based on the agency’s determination he had been “discharged for cause or misconduct connected with (his) employment.”

As I reported back in August, a SCDEW tribunal denied Howard’s appeal in April 2017 after determining he was indeed “discharged for misconduct.”

Despite having “intimate” information related to his former superior’s behavior – Griffin formally attested to the S.C. Criminal Justice Academy (SCCJA) that Howard’s “separation” from the Sullivans Island police department did not involve any form of “misconduct.” This essentially gave Howard a clean bill of health related to his law enforcement certification.

As I have previously noted, Griffin had no business weighing in on this situation at all – let alone misrepresenting the circumstances surrounding Howard’s resignation to the state agency responsible for providing training, certification and oversight of law enforcement officers in the Palmetto State.

More recently, documents obtained by this news outlet (.pdf) revealed that Griffin and one of his current subordinates – Sullivans Island patrol officer Sydney De Nett – jointly received a $417,000 loan from a Florida-based company in January in exchange for a security interest in a property they co-own in Mount Pleasant, S.C.

“Griffin and De Nett own a home together – an address at which they reportedly cohabitate,” I reported. “And they are using this home to jointly borrow a significant sum of money.”

A Sullivans Island ordinance(.pdf) expressly prohibits “persons in the same immediate family” from being employed together “if one directly supervises another or interacts with another in the handling of money or compensation.” And just to be clear, the town’s definition of immediate family includes “unrelated employees residing together in an apparently romantic relationship.”

As noted the last time I addressed this saga, I give law enforcement officers all sort of leeway when it comes to their personal lives.

“They have stressful jobs – and they aren’t paid nearly as much as they should be to do them,” I wrote back in August. “Still, relationships between subordinates and superiors are a terrible idea in any organization – especially in government agencies where maintaining the integrity of the chain of command can mean the difference between life and death.”

In other words, a law enforcement leader should know better.

Bottom line? Griffin inherited his position of public trust under dubious circumstances (a charitable assessment, to say the least) … and has managed to remain in office despite repeatedly demonstrating terribly unprofessional judgment. That he remains on the job despite all of this only demonstrates the terrible judgment of the municipal leaders who inexplicably continue to employ him.

My guess? Sullivans Island taxpayers are about to be on the hook for their leaders’ ongoing litany of bad decisions.