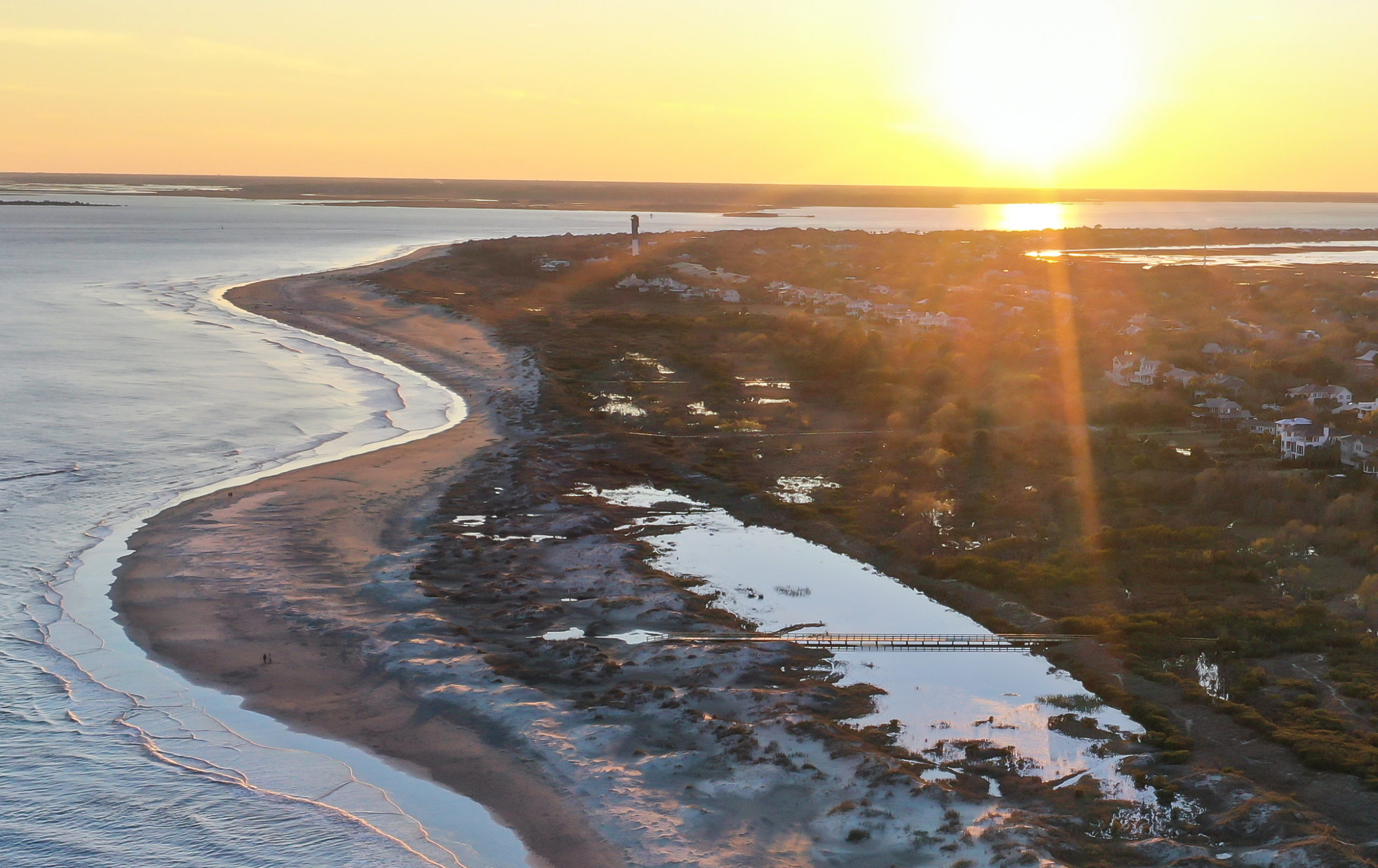 Two weeks ago, I reported on the soap opera surrounding the Sullivans Island, South Carolina police department – which saw its long-serving chief of police Danny Howard step down four-and-a-half years ago after having an alleged extramarital affair with the spouse of one of his subordinates.

In fact, a Freedom of Information Act (FOIA) request submitted in April 2017 by a local television reporter suggested Howard may have been caught on camera “in an uncompromising sexual situation at Town Hall/ police headquarters.”

Whoa … I assume the reporter meant to say a “compromising sexual situation,” but … you get the drift.

“Is it something in the water?” I wondered in my original report, referencing Sullivans Island as the adopted hometown of Mark Sanford – whose infamous extramarital fling with Latin lover Maria Belen Chapur made international news (and sank his once-promising presidential aspirations).

While Sanford’s scandal blew up and became a global news story, Howard’s was dutifully swept under the rug by local elected officials – who decided to appoint then-lieutenant Chris Griffin as his interim replacement. Griffin – who helped sweep the scandal under the rug – got the job on a full-time basis in January 2018 and has held it ever since.

Why is this suspicious?

Just prior to Howard resigning his post as police chief after more than two decades, Griffin’s then-wife – Kim Griffin – stepped down from her position with the town’s accounting department. A source familiar with the situation confirmed she was “pregnant with someone else’s baby” at the time she resigned.

In light of all this, why was Chris Griffin appointed as the town’s police chief? That’s a very good question …

An even better question, though, would be this: How has Griffin managed to keep his job after allegedly engaging in arguably worse behavior than his predecessor?

To recap: After Howard resigned his position with the town on March 1, 2017, he petitioned the S.C. Department of Employment and Workforce (SCDEW) for the restoration of his taxpayer-provided benefits – which had been denied him based on the agency’s determination that he had been “discharged for cause or misconduct connected with (his) employment.”

As I reported two weeks ago, a SCDEW tribunal denied Howard’s appeal in April 2017 “upon finding he was discharged for misconduct.”

Despite having “intimate” information related to his former superior’s behavior – Griffin formally attested to the S.C. Criminal Justice Academy (SCCJA) that the reason for Howard’s “separation” from the Sullivans Island police department did not involve any form of “misconduct.” This essentially gave Howard a clean bill of health related to his law enforcement certification.

As I noted in my previous coverage, Griffin had no business weighing in on this situation at all – let alone misrepresenting the circumstances surrounding Howard’s resignation to the state agency responsible for providing training, certification and oversight of law enforcement officers in the Palmetto State.

Unfortunately, Griffin (above, foreground) was never held accountable for his conduct – probably because town leaders were simultaneously trying to sweep Howard’s scandal under the rug.

Since he became police chief, Griffin has stumbled into multiple scandals of his own. In December 2019, he was permanently banned from membership in the S.C. Police Chiefs Association (SCPCA) for “conduct unbecoming” a member of the organization. Specifically, Griffin was accused of sending “unsolicited sexually explicit text messages to two females in attendance” at an SCPCA conference that year.

Indeed, two women filed complaints against Griffin in the aftermath of the conference, according to former police reporter Harve Jacobs of WCSC TV 5 (CBS – Charleston, S.C.). Those complaints reportedly prompted an “internal investigation” by Sullivans Island leaders, but once again – the scandal was swept under the rug.

Fast-forward to January of this year, when documents obtained by this news outlet (.pdf) revealed that Griffin and one of his subordinates – Sullivans Island patrol officer Sydney De Nett – jointly received a $417,000 loan from a Florida-based company in exchange for a security interest in a property they co-own in Mount Pleasant, S.C.

That’s right. Griffin and De Nett (above) own a home together – an address at which they reportedly cohabitate. And they are using this home to jointly borrow a significant sum of money.

How does all of this work, exactly? Especially considering their professional relationship?

“He sets her schedule, salary and they are often on patrol together,” one town resident told me, questioning the nature of the relationship between the two officers.

According to Sullivans Island town ordinances, such relationships are strictly verboten. Specifically, ordinance 16.23-A (.pdf) prohibits “persons in the same immediate family” from being employed together “if one directly supervises another or interacts with another in the handling of money or compensation.”

In such an instance, “one of the employees must give up (their) position.”

“If the employees cannot choose which of them it will be, the employee having the lower budgeted annual compensation will be removed,” ordinance 16.23-B stipulates. “The town will make an effort to find another position for the removed employee.”

And just to make sure there is no confusion as to the definition of “same immediate family,” ordinance 16.23-C specifically states that “unrelated employees residing together in an apparently romantic relationship will be treated as being within the immediate family of each other for the purposes of this nepotism policy.”

Not only that, it appears as though an attorney who does work for the town also presided over the closing of the loan – which certainly raises an entirely separate set of ethical questions.

Again, I am not about to pass judgment on anyone regarding who they love. And as I have noted in the past, I give law enforcement officers all sort of leeway when it comes to their personal lives. They have stressful jobs – and they aren’t paid nearly as much as they should be to do them. Still, relationships between subordinates and superiors are a terrible idea in any organization – especially in government agencies where maintaining the integrity of the chain of command can mean the difference between life and death.

Bigger picture? Sullivans Island’s town government continues to demonstrate terrible judgment when it comes to hiring law enforcement leaders – and being honest with citizens about their many problems and peccadillos.