First, he’s no longer staring down the business end of a criminal child abuse case.  That matter is closed.

Now it appears the former two-term “Luv Gov” of the Palmetto State is reconnecting with his former lover and proclaimed “soul mate,” María Belén Chapur.

Here’s a picture of the two erstwhile lovebirds taken earlier this week at Miami International Airport. 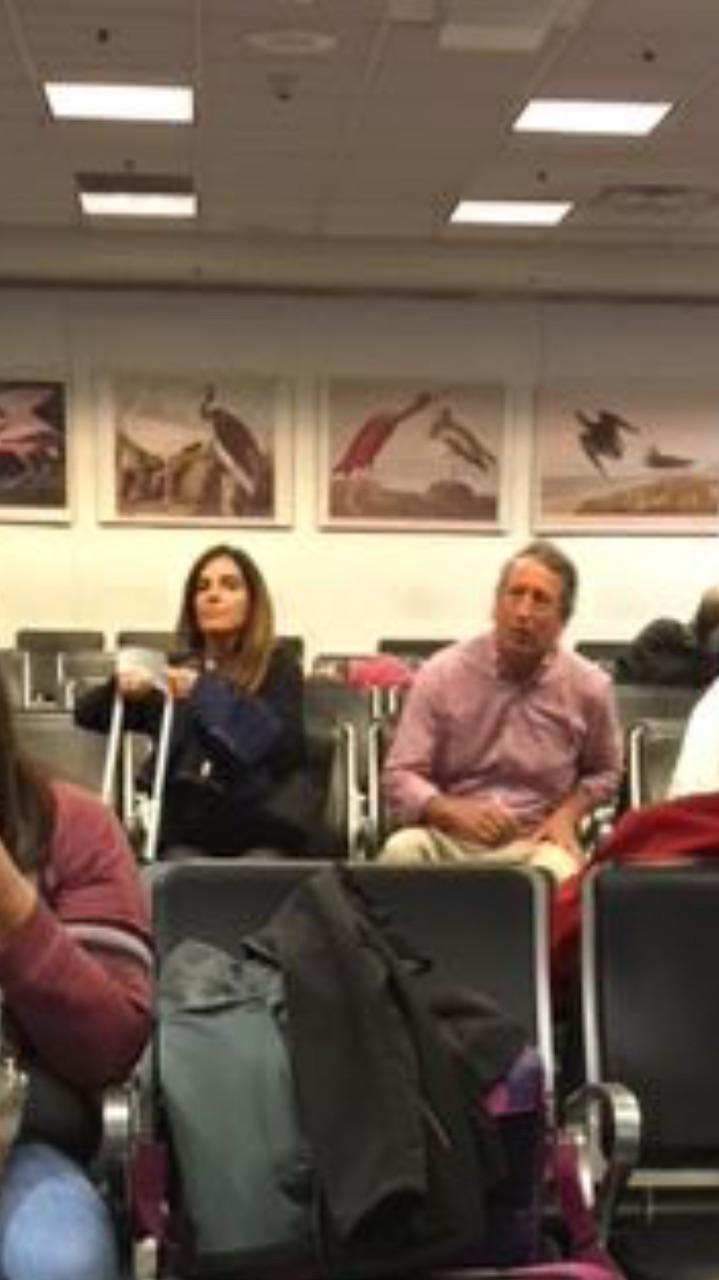 Chapur was the woman at the heart of Sanford’s 2009 sex scandal (and subsequent political implosion).  In 2012, she became Sanford’s fianceé after he made a romantic proposal in her hometown of Buenos Aires.

Sanford dramatically called it off in 2014 – blaming his ex-wife Jenny Sanford for meddling in his new relationship.

Is that really what happened, though?

According to our sources, Sanford’s real reason for breaking things off with Chapur was her wealthy father’s insistence that he not receive a dime of the family fortune.

Sanford and Chapur have continued to see each other, although the 57-year-old politician has been linked to numerous other women.

“It was never just Belén,” one Sanford confidante told us.

At the time his relationship with Chapur was exposed in 2009, Sanford was considered by many to be a viable 2012 “Republican” presidential candidate.  Those aspirations went up in smoke thanks to his mishandling of the affair, but Sanford was able to hang on (barely) and complete his second term as governor of South Carolina.

In 2013, voters of the first congressional district sent him to Washington, D.C. in a special election to fill the seat vacated by U.S. Senator Tim Scott.  Sanford campaigned (and won) on his record as a fiscally conservative congressman who served three terms in the 1990s, but since being elected he has disappointed taxpayer advocates by supporting of prominent establishment “Republicans” like former U.S. Speaker John Boehner.

Along with other unfortunate evolutions …

Sanford turned in a tremendously unimpressive performance in last year’s GOP primary against underfunded opponent Jenny Horne – a race that has also exposed him to a lingering campaign finance scandal.

More recently, Sanford has been ensnared by #NukeGate – a mushrooming political scandal related to state government’s abandonment of a multi-billion nuclear power project.  In 2007, Sanford allowed a bill socializing the investment risk for this controversial project to become law without his signature – exposing ratepayers to nearly $2 billion (and counting) in payments toward a pair of nuclear reactors that are now unlikely to ever be built.

Further complicating his political calculus, Sanford finds himself in a sort of ideological “no man’s land.”

In addition to emerging as one of the most prominent #NeverTrumpers in Congress, Sanford is increasingly at odds with the GOP establishment he belatedly embraced during his second stint in Washington.

“He’s fighting a two-front war – against Trump’s populism and the GOP establishment,” we noted in this recent article.

Also, Sanford’s always eclectic personal life has reportedly gotten even weirder – leading some of his longtime supporters to worry about his mental health.

(Via: Sam Holland courtesy of S.C. House of Representatives)

Hoping to capitalize on these myriad vulnerabilities?  First-term state representative Katie Arrington (above), who has been running an aggressive campaign against the career politician.

Arrington and Sanford will face off in next June’s GOP primary election with the winner taking on Democrat Joe Cunningham next November.

According to the Cook Political Report’s latest Partisan Voting Index (PVI), the seat has a 10 percent “Republican” lean.

The Media Versus Donald Trump