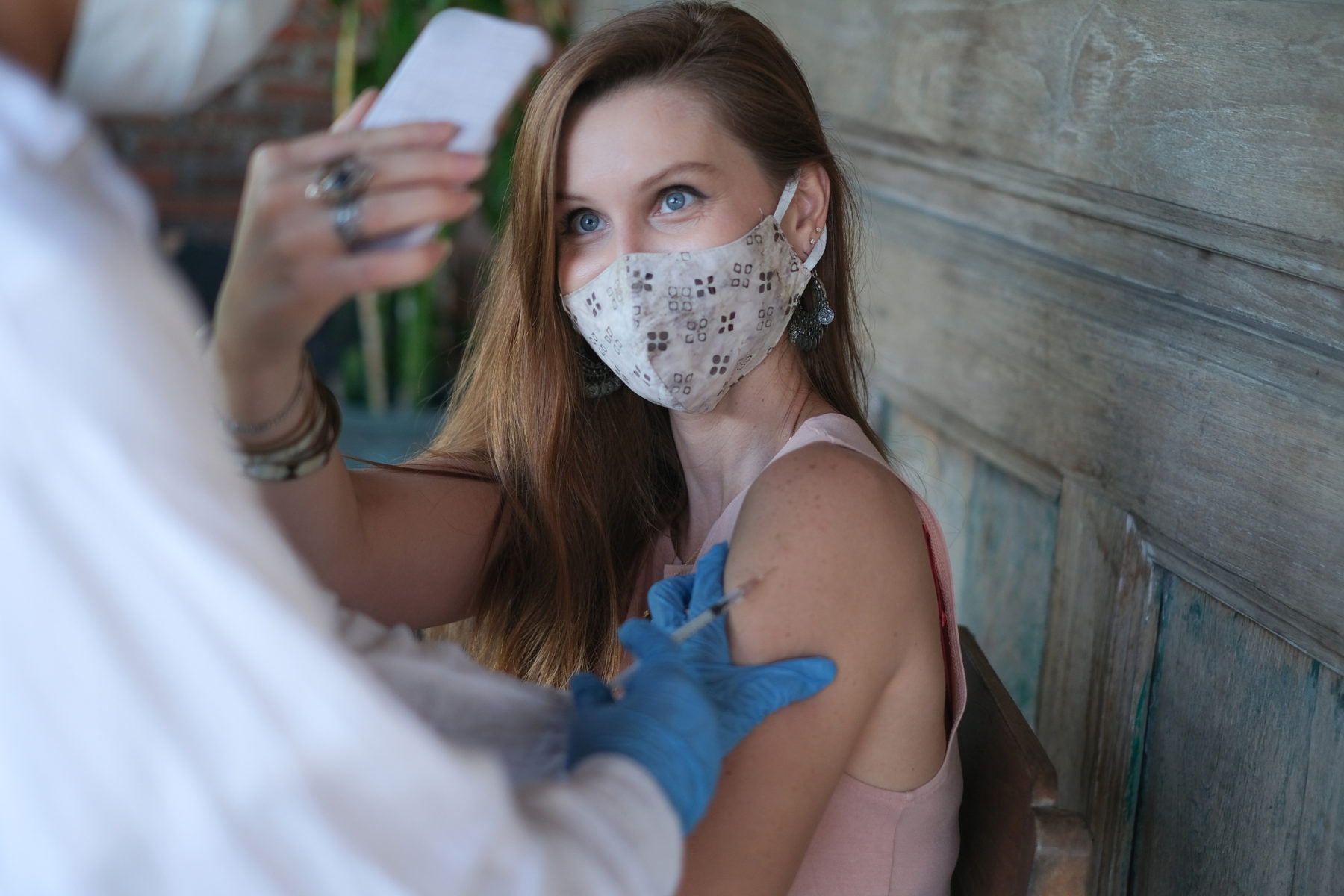 The highly-contagious delta variant of the coronavirus pandemic – which has wreaked havoc across the American South over the last few weeks – has finally peaked, according to the former commissioner of the U.S. Food and Drug Administration (FDA).

Dr. Scott Gottlieb – who led the FDA from 2017 to 2019 (and is now a board member of pharmaceutical giant Pfizer) – told CNBC this week that the delta variant has reached its apex, although he warned hospitals dealing with the latest surge still have some difficult weeks ahead.

“I thought there was an indication the South was peaking, and I think it’s pretty clear right now the South has peaked,” Gottlieb said. “It doesn’t feel that way because we still have a lot of new infections on a day-over-day basis, and the hospitals still have some very hard weeks ahead. They’re still going to get maxed out as the infections start to decline.”

If Gottlieb’s assessment is accurate, though, it would reinforce what this news outlet published earlier this month – an optimistic view of the delta spike based on the assessment of physicians like Zuban Dumania (a.k.a. ZDoggMD).

It would also lend luster to the silver lining I pointed to in last week’s coverage of the latest surge in cases.

“Amid the bleak outlook there is one distinctly positive number to report,” I noted at the time, referring to South Carolina’s Rt – or “effective reproduction number.”

As the graph below indicates, South Carolina’s Rt as of August 22 was 0.87 – and falling. In fact, it is now at its lowest level since May 18.

By contrast, Rt in South Carolina peaked at 1.62 between July 19-21 – when cases, hospitalizations and deaths linked to the delta variant were just beginning to spike.

Obviously, this indicator varies from one part of the state to the next …

In Greenville county, for example, Rt currently stands at 1.24 – well above the statewide average – although it is beginning to decline there. Nearby Laurens (1.24), Oconee (1.17) and Anderson (1.12) counties are also still in the red – although Rt is declining in each of these areas, as well.

As for other populated ares? In York county, Rt currently stands at 0.84. In Charleston county, it is at 0.77, while in Richland county it is at 0.71 and in Horry and Beaufort counties it is all the way down to 0.69 – among the lowest readings in the state.

McCormick county – South Carolina’s second-smallest county by population and geographic area – has the lowest Rt in the state, at 0.54.

On Monday, the S.C. Department of Health and Environmental Control (SCDHEC) dumped three days worth of new Covid-19 data showing 13,153 new positive Covid-19 cases (of which 2,475 were “probable” cases). How badly infected are those who test positive with delta? Good question … unfortunately, SCDHEC still isn’t collecting cycle threshold data which would show how much viral load is present in each positive test. So, we have no way of knowing whether one day’s batch of positive results is more heavily laden with Covid-19 than the other.

Covid-19-related hospitalizations in South Carolina peaked at 2,290 on January 13, 2021 – meaning the delta spike has nearly matched the “dark winter” in terms of its impact on the Palmetto State’s health care system.

In addition to the latest three-day case number dump, SCDHEC also announced 102 new deaths related to the virus and its attendant comorbidities on Monday – including 27 “probable” Covid-19 related deaths. All told, an estimated 10,300 South Carolinians have died “with” Covid-19 since the agency began tracking data last March.

According to SCDHEC, 65.4 percent of these deaths have been citizens 71 years of age or older. Conversely, only 5.3 percent of Covid-19-related fatalities have been among citizens under the age of fifty. Those numbers reinforce what I have been saying for months – that if you are younger and in relatively good health, in the overwhelming majority of cases this virus is not a serious threat to you.

Some good news? While deaths have been on the rise with delta, Covid-19’s widely watched case fatality rate has actually declined – currently registering at 1.5 percent. That is the lowest level on record since last March.

Finally, as of this writing the widely watched (yet exceedingly mercurial) Institute for Health Metrics and Evaluation (IHME) projects roughly 12,300 total Covid-19 deaths by December 1, 2021 – meaning its analysts are predicting another 2,000 South Carolinians will die over the next three months.

The latest data on the virus comes as South Carolina leaders – and judges – have been hotly debating mask mandates and so-called “vaccine passports.”

Just last week, S.C. attorney general Alan Wilson filed a petition with the state supreme court asking it to overturn a mask mandate imposed by the city of Columbia earlier this month. The city’s mandate – pushed by liberal mayor/ health care lobbyist Steve Benjamin – violated a temporary legislative ban on such diktats. This ban was included as a proviso – i.e. a regulation directing the appropriation of state dollars – in the fiscal year 2021-2022 state budget.

Lawmakers were significantly less clear in asserting their opposition to mask mandates at government-run institutions of higher education, however.

As I noted last week, I believe state leaders should hold firm against the reimposition of repressive mandates that erode individual liberty and draconian societal shutdowns which would tank the economy (again).

“We should all be smart and be safe, but we cannot allow Covid-19 fear to once again impose ‘cures’ on our society that are worse than the disease,” I wrote.