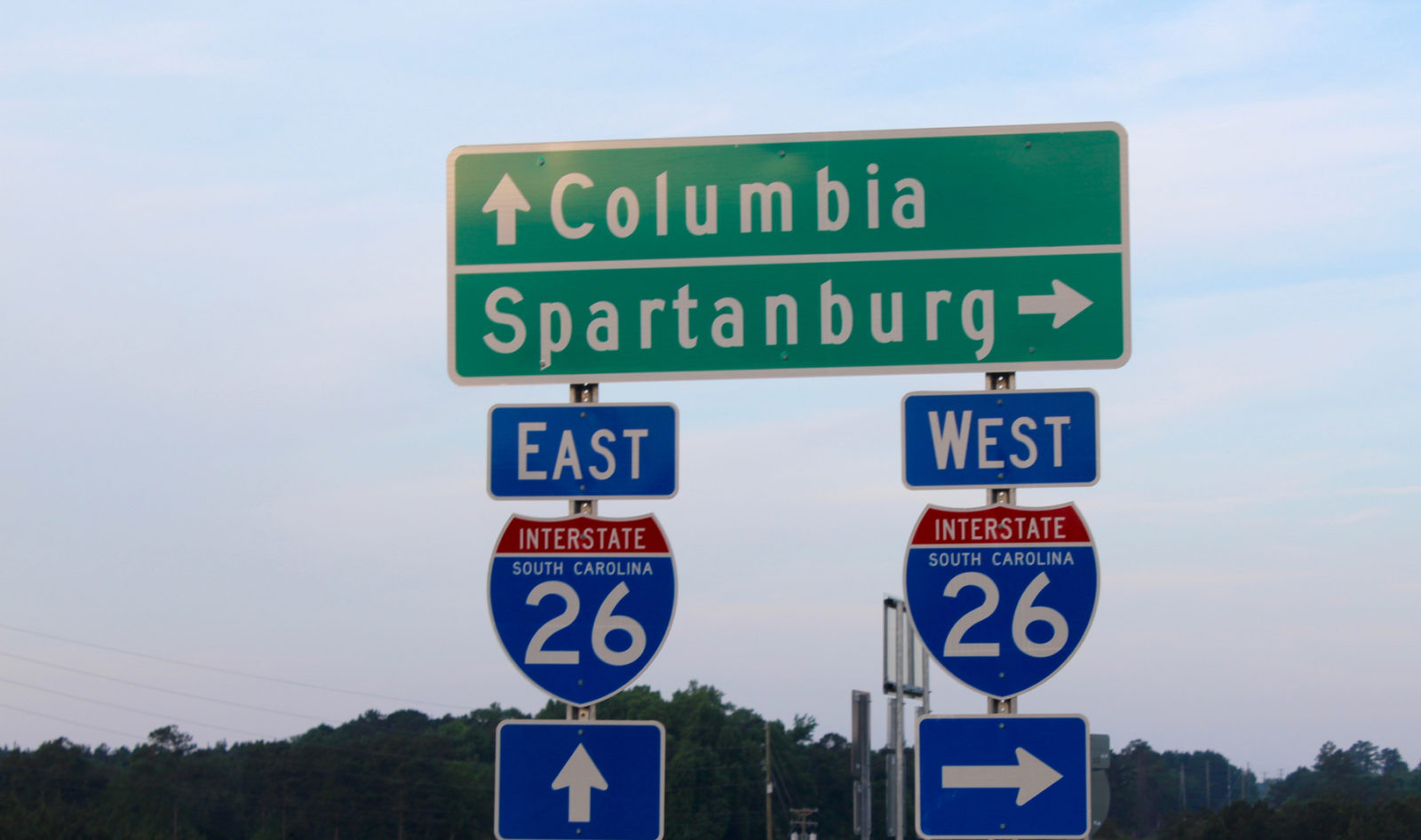 South Carolina’s interstates are death traps. Everybody knows that. Only on Sunday, it wasn’t the state’s piss poor infrastructure causing the problems. This time, it was an alleged carjacker who left behind a trail of mayhem on Interstate 26 – a major thoroughfare between the Palmetto Upstate and the capital city of Columbia, S.C.

The drama began in Newberry county, where deputies of the local sheriff’s office initiated a pursuit of a suspect following reports of a carjacking at eastbound mile marker 60 – which is roughly halfway between Columbia and Greenville, S.C.

Initial reports indicate the suspect – 40-year-old Phillip John Walden of Taylors, S.C. – “carjacked a person who stopped to help him” on the side of the road.

Thirty-one miles later, the law enforcement pursuit of Walden ended near Chapin, S.C. – with the suspect being shot and killed by a Newberry county deputy.

In between? Again … mayhem.

According to multiple eyewitnesses, Walden caused at least five separate single and/ or multi-car accidents during the pursuit as he weaved his way in and out of traffic at speeds topping 100 miles per hour. He also allegedly rammed several vehicles deliberately during the chase – including a Newberry county sheriff’s cruiser.

The debris from the crashes – as well as from the climactic confrontation between suspect and deputies – snarled traffic for hours, effectively shutting down the eastbound two lanes of the thoroughfare.

As of this writing, no fatalities have been reported in connection with any of the crashes – however witnesses told me on Sunday afternoon there were “multiple injuries” of varying severity.

Agents of the S.C. State Law Enforcement Division (SLED) were on the scene given that the incident ended with an officer-involved shooting. SLED investigates officer-involved shootings as a matter of protocol in the vast majority of local law enforcement jurisdictions in the Palmetto State – presenting independent, investigative reports to the solicitor with jurisdiction over the county or municipality where the shooting transpired.

“SLED agents will conduct interviews with all potential witnesses in this matter,” a release (.pdf) from the agency noted. “Further, SLED will collect all relevant evidence and will forensically test such evidence as needed.”

Witnesses described the event in jarring detail on social media …

One tweeted that she witnessed a major accident near the exit for Whitmire, S.C., after which she observed “a barefoot and very bloody man” leaving the scene of the crash.

“He was literally screaming and stabbing himself in the neck with something sharp,” she added. “It was insane. Couldn’t believe what I was seeing.”

“Something terrible was going on with him aside from the accident,” the witness continued. “He looked like he was stabbing himself in the neck … like on purpose.”

“I saw this bloodied barefoot man carjack a black Jeep and speed off,” another witness tweeted.

“We saw him too,” another witness added, referring to the man. “He looked terrible. Just after passing (one) wreck, we had (a) law enforcement officer truck speed by us in front of the Jeep with two LEO cars following. Just as they cleared our line of traffic, the LEO truck attempted to block the Jeep (which) then swerved and sent the truck spinning.”

Yet another witness described seeing “three of the wrecks between Newberry and Chapin.”

“One car flipped in the trees,” the witness tweeted. “Two cars mangled by crossover cables in the median. Horrifying. Praying no additional fatalities.”

“It was a long chase,” one source familiar with the incident told me. “He wrecked several vehicles on the Interstate. He did have a sharp object and was cutting/ stabbing himself or at least attempting to.”

The Truth About That Horseshoe Crab ‘Holocaust’