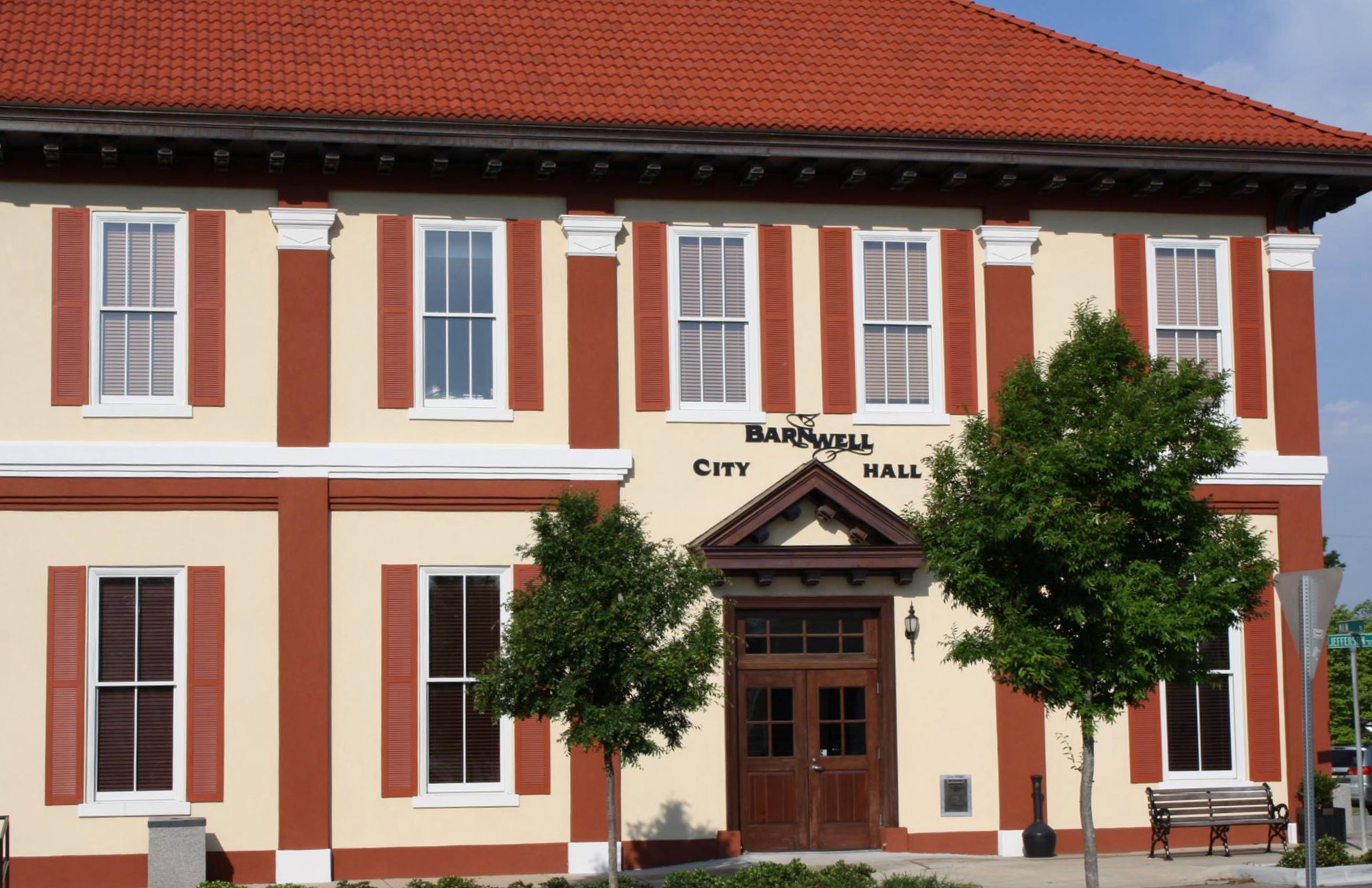 Two weeks ago I reported on a controversial decision by the small, rural town of Barnwell, South Carolina to hire Lamaz Robinson as its next chief of police. Robinson assumed office on Monday, July 19, 2021 – three days after my story posted.

Why was Robinson’s hiring so controversial? Well, as I noted in my coverage, four years ago he was the focus of a S.C. State Law Enforcement Division (SLED) inquiry into allegations of sexual assault during his tenure as police chief of Johnston, S.C. (an even smaller, rural town located in Edgefield county).

According to investigators, Robinson and a 17-year-old male high school student from Saluda county connected with each other on a gay/ bisexual dating app called Jack’d. Eventually, they met in person at Robinson’s home – where the young man performed oral sex on the law enforcement leader.

According to the SLED report (.pdf), Robinson “did not force (the student) to perform oral sex,” but the student “felt as if he was supposed to do so and did not have a choice.” In fact, the young man told investigators that he “felt he was placed in a position he was not comfortable with and had no choice but to give chief Robinson oral sex.”

“(The alleged victim) wanted to get up and leave … but he was frozen and could not move or say anything,” the report noted, citing the young man’s statements to investigators.

Also, the young man told SLED he “feared if he did not perform the sexual act, chief Robinson would disclose to his family that he was gay and using a gay dating app.”

Robinson (above) was never charged with a crime because the young man had just turned seventeen at the time of the sexual encounter – and the age of consent in the Palmetto State is sixteen.

While his conduct was not criminal, I argued that “Robinson displayed what I believe to staggeringly bad judgment in this situation.” Furthermore, I noted that if the young man’s version of events was true, “the chief took advantage of a vulnerable young person.”

“Law enforcement officers – and especially law enforcement leaders – must hold themselves to a higher standard of conduct,” I wrote. “By any standard, Robinson fell well short of the mark.”

Barnwell leaders disagreed, however … choosing Robinson as their new law enforcement leader even after they had been furnished with a copy of the SLED report.


According to my sources, not everyone who voted on Robinson’s hiring was made privy to the allegations against him. In fact, one member of the committee that approved Robinson for the job took to social media last week saying that not everyone on the panel had been provided with the SLED report into his prior conduct. This individual – a veteran local law enforcement officer – added that had she known of the allegations against Robinson at the time she “would have been outraged.”

“I have remained silent until now … but it is time to set the record straight,” Darlene Cook – a three-decade veteran of the Barnwell county sheriff’s office – wrote (.jpg) on her Facebook page last week. “I served on a panel with some of the Barnwell city council members seeking a new police chief. I cast my vote for the best candidate and it was not Robinson!”

“Also, the panel did not have the information from SLED about the prior, undisclosed investigation (of) Robinson,” she continued. ” If we had, trust me, I would have been outraged as a law enforcement officer and a Barnwell citizen, much like I am now.”

Not surprisingly, tensions in this small town of approximately 4,300 people are boiling over.

“We are completely divided as a community and it is escalating every day,” one resident told me last week.

Meanwhile, a petition to “remove” Robinson from office has attracted more than 320 signatures in less than 48 hours – which is an impressive showing given that this issue directly impacts only a small number of South Carolinians.

As I noted earlier this month, “I am shocked that Barnwell decided to extend a job offer to Robinson” under the circumstances – but if his hiring was effectuated without all members of the panel being aware of the allegations against him then we are dealing with a much bigger scandal than I initially thought.