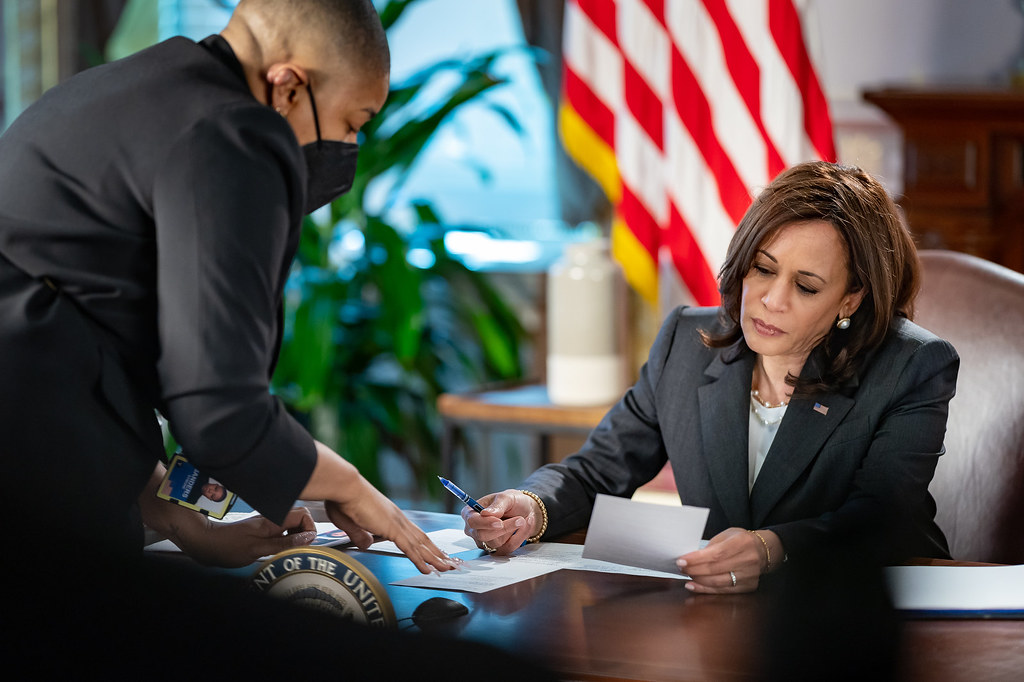 The vice president of the United States of America – Kamala Harris – paid a visit to South Carolina this week. But her first trip to the Palmetto State since assuming office wound up being less about where she was – and more about where she wasn’t.

Specifically, it ended up focusing on Harris’ ongoing refusal to visit the southern border of the United States amidst a growing illegal immigration crisis – one president Joe Biden tapped her to handle several months ago.

I reported earlier this month on this escalating situation … but since then things have gotten worse. According to the latest numbers from the U.S. Customs and Border Protection (CBP) – a division of the Department of Homeland Security (DHS) – encounters on the southwest U.S.-Mexican border have continued their recent surge, eclipsing 170,000 in each of the past three months.

During the month of May, there were more than 180,000 encounters – bringing the fiscal year-to-date total to nearly 930,000 over the last eight months (the federal fiscal year begins on October 1). That is a stunning 103 percent increase over the 458,000 encounters recorded during the entirety of the 2020 fiscal year.


Not surprisingly, Biden and Harris’ border debacle has become a political winner for former U.S. president Donald Trump – who made border security one of his administration’s top priorities during his term in office between 2017-2021.

“No American president had ever done more to defend the border and safeguard the whole immigration system,” Trump said in a statement issued earlier this month. “The Biden administration inherited the most secure border in history, and they turned it into the greatest border disaster in history.  Our border is now run by cartels, criminals, and coyotes. Illegal immigrants, gang members, and lethal drugs are pouring across like never before. Not only are illegal immigrants being caught and released, they are being put up in hotels at taxpayer expense.”

Yes and no. To be clear: Trump’s border promises were not entirely (or even mostly) kept. But still – the numbers since he left office do not lie.

For those of you keeping score at home, that is a 130 percent increase.

Biden tapped Harris as his border czar on March 24, 2021, tasking her with leading America’s efforts in “stemming the migration to our southern border.”

“She’s the most qualified person to do it,” Biden said at the time.

Since then, though, Harris has yet to even visit the U.S.-Mexican border. And the surge of illegal immigrations has only picked up momentum.

Not surprisingly, this was pointed out to the vice president during her visit to South Carolina …

Why did Harris come to the Palmetto State? To promote Covid-19 vaccinations …

“Vaccination gives protection,” Harris told a crowd of Democratic officials during her visit to Greenville, S.C. on Monday. “This act, in a way, is a projection of love thy neighbor.”

South Carolina Republicans rebuked that suggestion. To wit: Congresswoman Nancy Mace – ever eager for an opportunity to rehabilitate her tattered image with conservative voters – pounced on the opportunity.

“Stop making up problems just to avoid real ones,” Mace tweeted. “We can vaccinate our citizens just fine without you stopping by.”

As I noted earlier this week, Covid-19 has all but disappeared in South Carolina. As of June 11, 2021, the seven-day rolling average of new daily cases stood at 149 – a stunning 97.2 percent decline from the revised peak of 5,238 cases recorded on January 8, 2021. And while testing has indeed declined, the percentage of positive tests now stands at just 2 percent – less than one-tenth of its previous high.

Finally, the seven-day rolling average of new daily deaths linked to Covid-19 and its attendant comorbidities current stands at five (5) – a 95.2 percent decline from its previous high of 106 on February 2, 2021. And while there is some concern the case fatality rate for the virus remains unchanged (stuck at 1.6 percent, at last count), Covid-19 was never as deadly as we were led to believe it was …