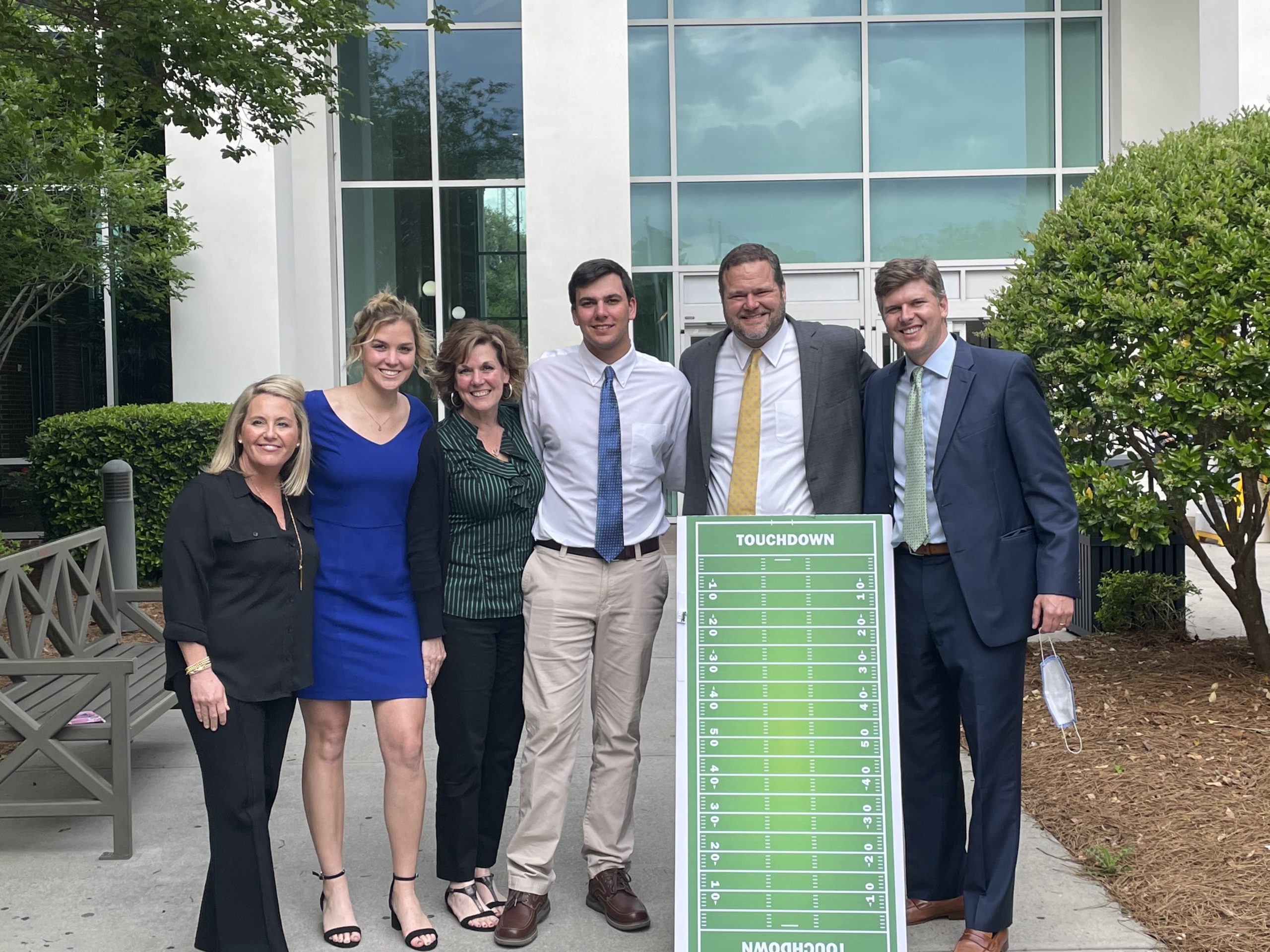 In one of the first jury trials since the COVID-19 pandemic began, a Horry County, South Carolina jury awarded $850,000 to a North Myrtle Beach High School student, who suffered a brain injury in a football game in 2016, and his mother.

In 2017, Sarah Wood filed the lawsuit, which alleges that the Horry County School District failed to protect her son Logan, who was playing football for the North Myrtle Beach High School B-Team in October 2016 when he suffered a head injury and was never pulled from the game.

On April 15 2021, a Horry County jury found that the school district was grossly negligent in preventing Logan’s head injury because they didn’t require an athletic trainer to be present on the field and officials failed to pull Logan from the game to assess his injuries after he got a concussion.

In 2016, Logan was diagnosed with post-concussive syndrome, which he still gets costly treatments for as a senior in high school, according to a press release from his attorneys, Scott Evans and James Moore at Evans Moore Law Firm.


Evans criticized a representative at the South Carolina Insurance Reserve Fund, who he said forced the case to go to trial. He said Logan and his mother didn’t want to go to trial. They were on the verge of losing their home due to Logan’s mounting medical bills and had small settlement demands.

“The one person who showed zero respect through this process and who ensured that both parties were headed for a long trial was the representative of the South Carolina Insurance Reserve Fund, the District’s insurance company,” Evans said. “Citizens do not realize how much power that these insurance companies who insure our state entities and municipalities hold.”

“That was not money well-spent,’ Evans said.

“The jury sent a clear message that children’s health and safety are valued and cherished here in Horry County,” said Amy Lawrence-Lovely, an attorney for the plaintiffs.

In February, two parents sued the district after video showed their young daughter was sexually assaulted on the school bus while she was just feet away from the driver.

Earlier this year, the parents of two students who were allegedly sexually assaulted by an Ocean Bay Middle School teacher sued Horry County School District for failing to take action after the two students reported the same teacher for sexual harassment.

Horry County is the third largest school district in South Carolina, educating more than 44,000 students in the Myrtle Beach region.