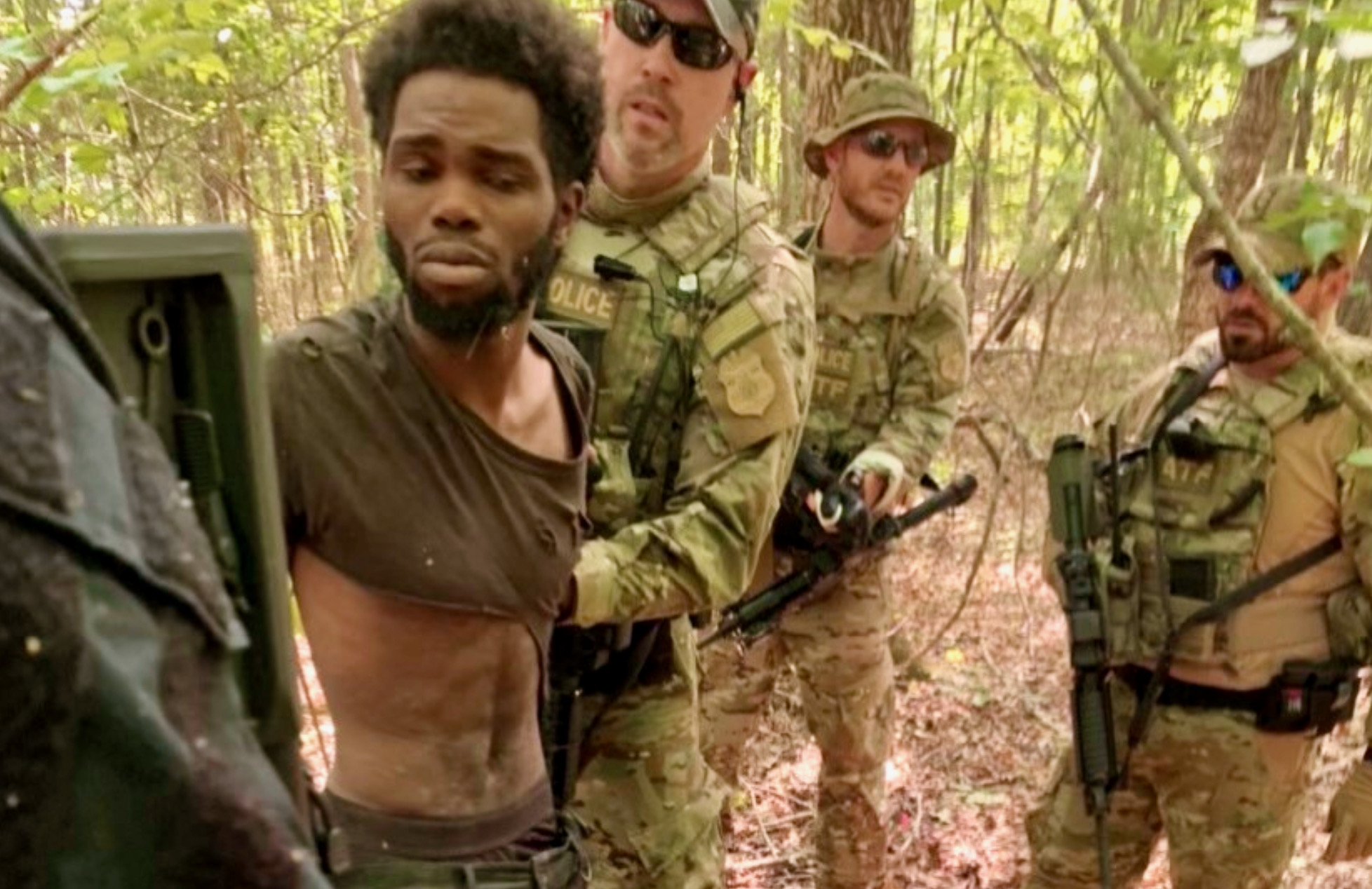 After six days of searching, police arrested a South Carolina fugitive accused in four recent homicides, who has been running from the police since last Monday, according to the Chester County Sheriff’s Office.

Tyler Donnet Terry, 26, was arrested on Monday morning, according to the Chester County Sheriff’s Office. No one was hurt during the arrest.

According to Greg Suskin of Channel 9 News, Terry was spotted around 10:30 a.m. by ATF officers, who closed in on him and made the arrest. Police found a gun near Terry when they arrested him. Law enforcement officials said they believed Terry was living in the woods while he was evading capture.

Before his arrest, Terry had been on the run since last Monday when he allegedly shot at police in Chester County.

On May 17, Terry crashed his vehicle and fled from the scene in Richburg, South Carolina. His companion Adrienne Simpson was arrested and taken into custody.


Police added more manpower to the search for Terry every day.

As police ramped up the search for Terry, other agencies connected Terry and Simpson to at least four murders between South Carolina and St. Louis, Missouri.

On Friday, Terry and Simpson were charged in the homicide of Adrienne Simpson’s husband Eugene Simpson  — whose body was off Old Richburg Road in Chester County Wednesday. Eugune Simpson had been missing since May 2 — the day when the duo’s alleged crime spree began.

Police in St. Louis said in a press conference Thursday that they believe Terry and Simpson drove to St. Louis on May 15 and fatally shot a doctor and a 70-year-old woman in separate incidents in Brentwood and University City, Missouri, KMOV reported.Police believe the murders were random and for robbery.

“We cannot find a tie to either one of these people to St. Louis. For now what it appears, this modern day version of Bonnie and Clyde do several violent crimes in South Carolina, then travelled across the country,” Brentwood Police Chief Joseph Spiess, Jr. said, according to KMOV’s reporting.

Simpson and Terry have also been charged in the murder of Thomas Durell Hardin in York, South Carolina on May 2.

York Police also obtained warrants on Terry for attempted murder, weapon possession, first-degree burglary, and injury to property for other shootings in York on May 2.

Law enforcement mostly focused their search in the Highway 9 area of Chester County.