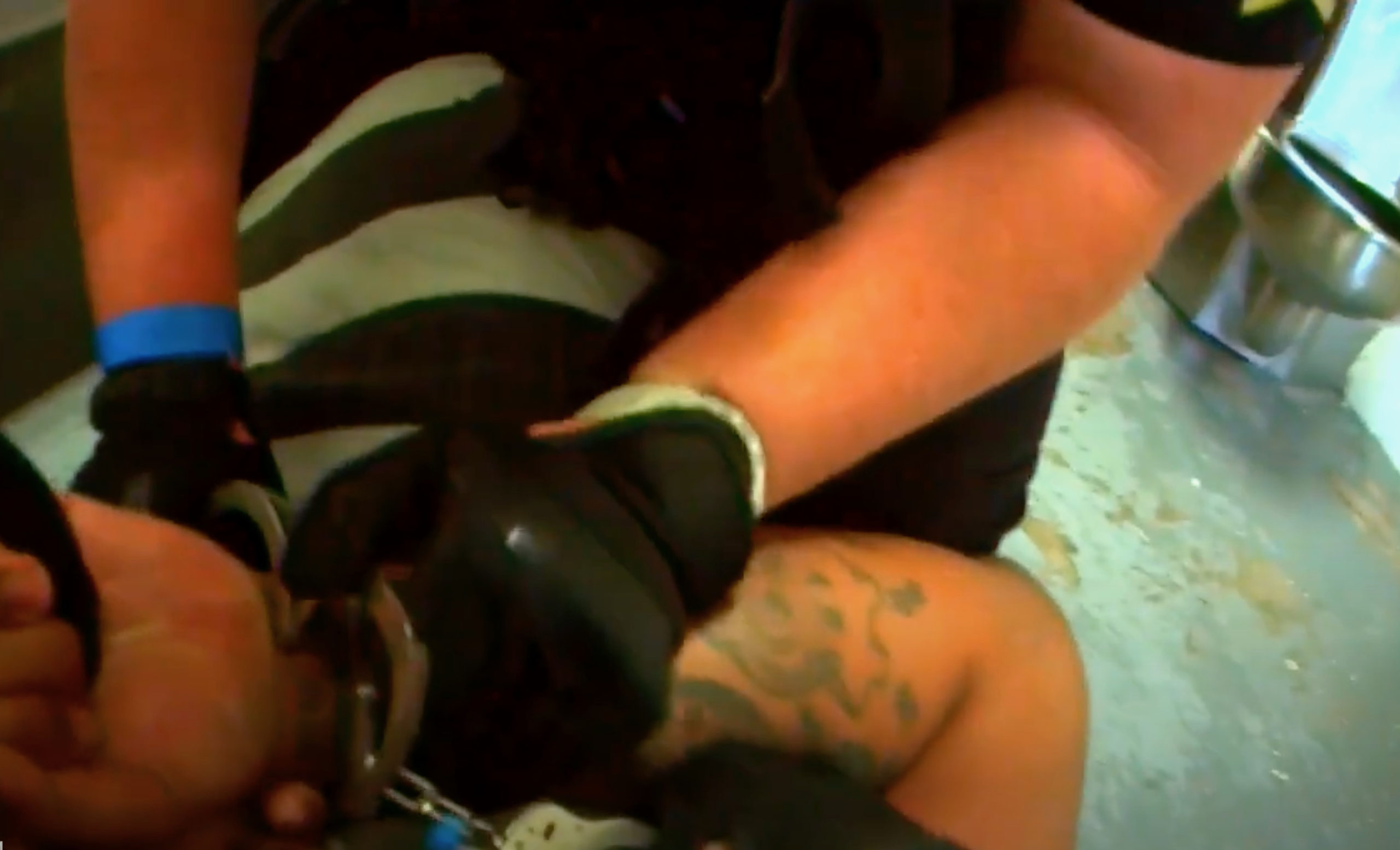 Charleston county, South Carolina sheriff Kristin Graziano released multiple video clips late Thursday evening depicting the final moments of Jamal Sutherland – a 31-year-old Lowcountry man who died in police custody on the morning of January 5, 2021. As I noted earlier this week, the graphic nature of these videos – and the potential for widespread public unrest in the aftermath of their release – has the entire Palmetto State on edge.

Municipalities all over the state braced for emergency curfews, while state and local law enforcement agencies were coordinating with assets of the South Carolina National Guard in anticipation of potentially widespread rioting.

According to my sources, the videos were released to the public after negotiations between Sutherland’s family and government officials collapsed late Thursday. At issue? Charleston county’s wrongful death policy – the payout of which is capped at $1 million. This payout was reportedly lifted to $3 million after South Carolina governor Henry McMaster got involved in the negotiations, however this amount was also deemed insufficient.

It is not clear how any settlement agreement could have kept the videos from being released, however – as they clearly fall under the definition of a “public document” per the state’s Freedom of Information Act (FOIA).

What was McMaster doing, then?

“He was trying to buy time,” a source familiar with the negotiations told me, saying the governor is “deeply concerned” that unrest accompanying the release of the video could impact the upcoming 2021 PGA Championship, which is scheduled for May 20-23, 2021 at the famed ocean course on Kiawah Island, S.C.


Graziano claimed in a statement that she had been withholding the videos out of respect for the wishes of his family. Multiple sources close to the situation, however, tell me the timing of the video’s release was directly linked to ongoing mediation efforts – and that attorneys for the family used the release of the clips as leverage in negotiations.

Those negotiations were scheduled to end at 5:00 p.m. EDT on Thursday, but wound up extending several hours past this deadline. Eventually, though, attorneys for the family and the government could not reach an agreement.

Within the hour, the clips were published …

“I am directing the immediate release of all videos related to his death in their entirety,” Graziano said in a statement. “We agree it is clearly time for the public to view what happened. I will continue to make myself available to the Sutherland family and offer my sincere condolences. I must respect the integrity of the ongoing investigations to ensure justice is served, and therefore I will not be commenting on specific aspects of the video.”

(Via: WCIV TV-4 via Charleston County)

The videos depict Sutherland – who was diagnosed with schizophrenia and bipolar disorder – being forcibly removed from his cell at the sheriff Al Cannon detention center. According to Graziano, Sutherland was being transported “in order to ensure that he received a timely bond hearing, as required by law.”

Sutherland had been arrested the previous day on an assault charge following an incident at the Palmetto Lowcountry Behavioral Health – where his family had checked him in previously to receive treatment for his mental health issues.

Sutherland wanted no part of the hearing – repeatedly refusing to comply with officers’ commands and resisting their efforts to remove him from the cell. Sources familiar with the situation told me on Friday morning that Sutherland was in a “delusional state” throughout his booking and detention. One source told me he believed the Illuminati were out to get him.

One of the body camera clips released on Thursday night begins with Sutherland repeatedly exclaiming “Hallelujah” behind his cell door as an officer explains for the cameras what is about to transpire.

“Medical is standing by on the scene,” one of the officers noted as the “extraction” process begins.

After Sutherland refused to comply with officers’ repeated requests to come with them peacefully, pepper spray was deployed in his cell on two separate occasions. When this failed to elicit his cooperation, a deputy fired her taser at Sutherland – shocking him and forcing him to the floor.

“Turn on your stomach!” Sutherland is ordered by a deputy.

“What is the meaning of this?” he asks at one point.

Eventually, at around 9:35 a.m. EDT officers entered the cell and began the process of forcibly removing Sutherland. During the ensuing struggle – which lasted approximately four minutes – Sutherland was tased anywhere between six and eight times.

“Stop resisting,” officers are heard saying on the video.

“I’m not resisting, officer,” Sutherland replied at one point.

By 9:41 a.m. EDT – six minutes after the struggle began – Sutherland goes visibly limp. As officers placed him in a wheelchair with arm restraints, he is seen twitching and breath erratically.

“Is he having a seizure?” one of the deputies asks.

At around 9:49 a.m. EDT, medical staff begin to administer cardiopulmonary resuscitation as Sutherland stops breathing. A nurse checks for a pulse, but finds none. Medical staff spent the next thirty-six minutes attempting to revive Sutherland, without success.

As I noted in my previous coverage of this incident, a forensic pathologist retained by the office of Charleston county coroner Bobbi Jo O’Neal concluded that Sutherland died as a result of an “excited state with pharmacotherapeutic effects” while he was being subdued. Furthermore, the pathologist’s review of the video footage did not identify any “unusual or excessive interactions or areas of direct concern.”

Still, the cause of death is officially listed as “undetermined” by the coroner.

Agents of the S.C. State Law Enforcement Division (SLED) investigated Sutherland’s death and recently sent their findings to the office of S.C. ninth circuit solicitor Scarlett Wilson. In addition to reviewing the SLED report, Wilson has recruited outside experts to assess the “potential culpability of those in law enforcement” in connection with the incident. Wilson has also reportedly sought the advice of other forensic pathologists to ensure that Sutherland’s cause of death is fully vetted.

As Wilson mulls whether to charge any of the officers involved in this incident criminally, black activists are already rallying for action in response to Sutherland’s “murder.”

“Black lawmakers in South Carolina, I’m gonna need your calls for JUSTICE for Jamal Sutherland to be decidedly louder than your calls for peace,” tweeted Mika Gadson.