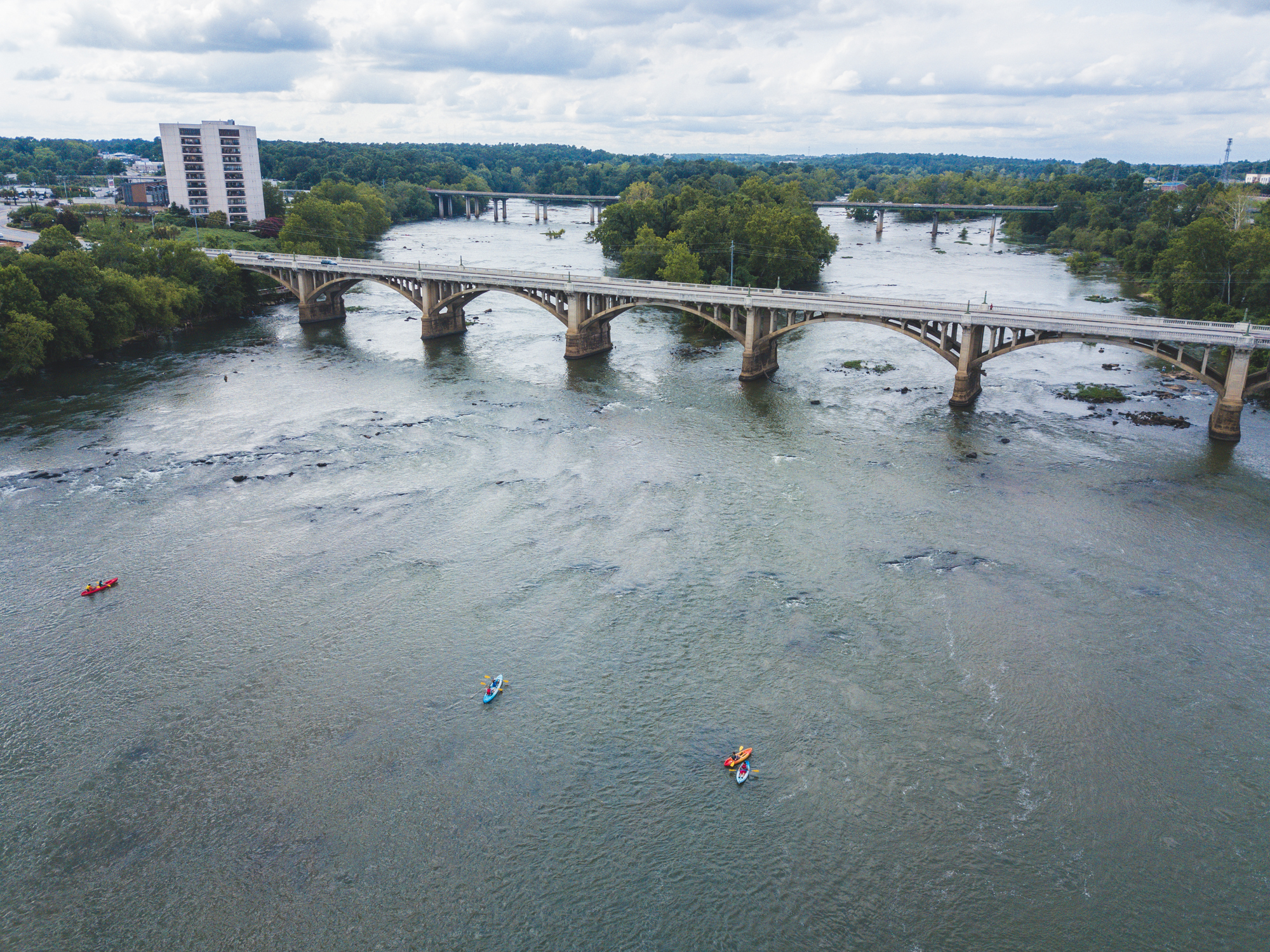 Multiple law enforcement agencies responded on Friday afternoon to reports of a woman jumping from a bridge into the Congaree river near downtown Columbia, South Carolina. According to our sources, units from the Columbia, West Columbia and Cayce, S.C. police departments – as well as local fire department personnel – responded to the incident, which was described to this news outlet as a “water rescue operation.”

Columbia police sources said the woman – whose name has yet to be released – was retrieved from the river south of the historic Gervais Street bridge by officers of the Columbia, S.C. fire department.

There was no immediate word on her condition … or what may have prompted her to jump into the water.

The incident prompted authorities to shut down the nearby Blossom Street bridge – which is approximately 3,100 feet south of the Gervais Street bridge.

As of this writing, it is not clear which span the woman jumped from …

“Blossom Street bridge over the Congaree River is currently closed at this time as our crews are handling a water rescue on the river,” a Facebook post from the fire department noted. “Drivers should avoid the bridge at this time.”

Half an hour into the rescue, at approximately 2:05 p.m. EDT, fire officials noted in a follow-up post that the woman had been “found safely” and was being transported by emergency crews to a nearby hospital.

Shortly thereafter, the Cayce, S.C. department of public safety issued a statement indicating that “a young woman was rescued from the Congaree river near the Blossom Street bridge.”

According to this statement, attributed to city spokeswoman Ashley Hunter, Cayce and Columbia police “deployed their swift water rescue units” during efforts to retrieve the woman from the water.

Built in 1928, the Gervais Street bridge carries U.S. Highway 1 across the Congaree River between Columbia and West Columbia. The reinforced concrete arch span – which was added to the National Register of Historic Places in 1980 – is actually the third bridge erected across this particular portion of the river. At the time of its construction nearly a century ago, the four-lane span was the widest bridge in the entire state.

The less-aesthetically-endearing Blossom Street bridge was constructed in 1951. It carries U.S. Highway 321 over the Congaree River between Columbia and Cayce.

The Congaree river is formed by the confluence of the Broad and Saluda rivers less than a mile to the north of the Gervais Street bridge. From there, it flows for an estimated 53 miles to a patch of rural swampland located just northwest of Lake Marion – where it is joined by the Wateree river to form the Santee river. Along the way, the river meanders through a national park bearing its name just southeast of downtown Columbia, S.C.

While the river is navigable for much of its length, the portion of the Congaree which flows under the Gervais Street bridge is exceedingly shallow and replete with large boulders – making it a popular spot for kayakers and sunbathers.