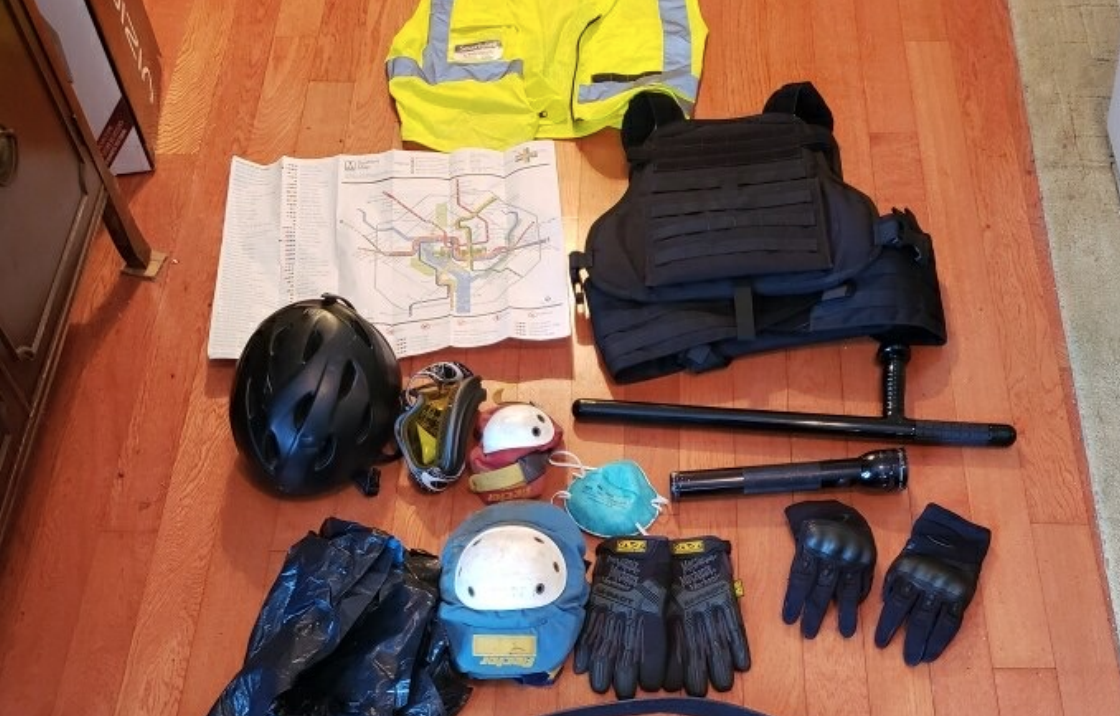 A Lexington County, South Carolina man who has been linked to the Proud Boys and to the U.S. Capitol riots has agreed to a plea deal.

James Patrick Giannakos agreed to give up information on criminal activity in exchange for a lighter sentence, according to federal court documents filed March 19. John Monk of the State newspaper was first to report on the guilty plea.

In February, Giannakos was charged with transmitting in interstate commerce any communication containing a threat to injure following an FBI investigation.

As a part of the deal, Giannakos agreed to give prosecutors “complete and truthful information about all criminal activities which he has knowledge of,” according to federal documents.

This includes providing the federal government with “books, papers, or documents or any other items of evidentiary value to the investigation.”

Giannakos agreed to take polygraph tests and testify before the grand jury when called to do so, according to federal documents.

If he gives law enforcement information that “provides substantial assistance in the investigation or prosecution of another person,” Giannakos will receive a reduced sentence, according to court documents (below).

FBI agents traced the phone number to a T-mobile account and found it was registered to a person living with Giannakos in Gilbert, according to law enforcement.

Giannokos lives on Misty Lane in Gilbert (shown below).

FBI officials searched his home on February 3 in Gilbert, South Carolina, where they found several items that linked him to the U.S. Capitol riots on Jan. 6, according to court documents.

Giannakos has not been charged with crimes related to the U.S. Capitol riots, but more charges could be coming.

According to the federal documents, FBI agents seized records in the home that showed Giannakos’ affiliation with the Proud Boys — described in the affidavit as “an extremist right-wing group that has gained a national reputation for leading protests that often turned violent in cities such as Washington D.C. and Portland Oregon.”

Giannokos had previously been convicted of assault and battery in a high and aggravated nature. He was unemployed and spending a significant amount of time at home, according to the FBI.

The State reported that Giannakos is currently behind bars in Columbia, South Carolina.

Richland One Spent $7,400 On Conference At Beach Resort For Board Members During Pandemic

SC Susceptible To Sequester? Okay … But Why?